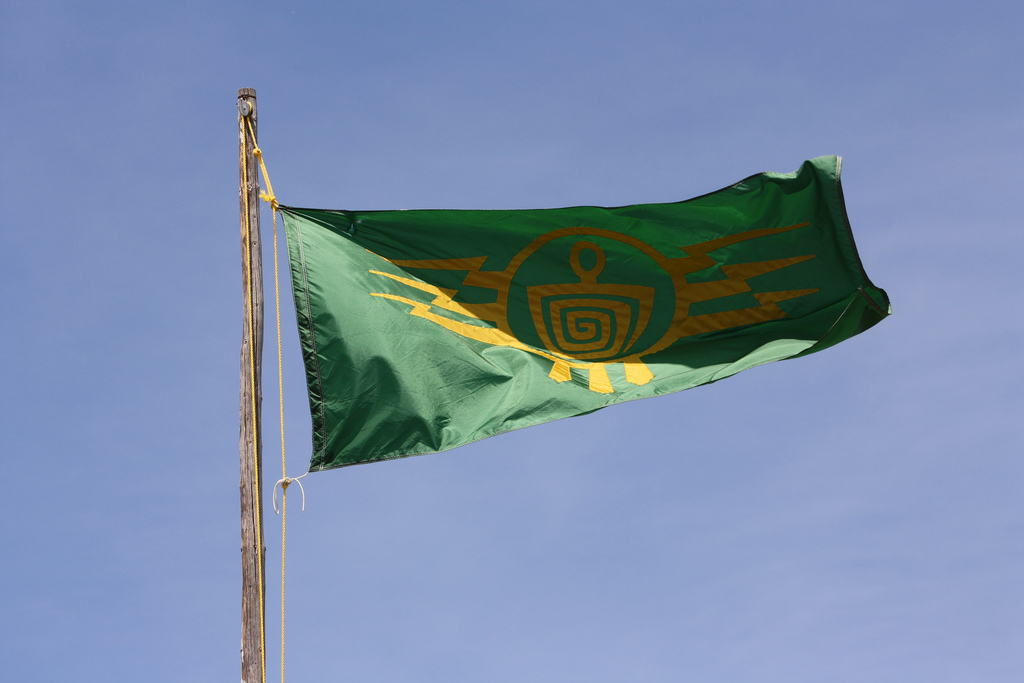 Saskatchewan’s reserves are mainly concentrated in the southern half of the province. Reserves for 16 bands, including Pasqua, Muscowpetung and Standing Buffalo are clustered near Fort Qu’Appelle in the southeast, while seven others are located near Saskatoon. The wider Prince Albert area is also home to several reserves, including those of the Sturgeon Lake and Wahpeton Dakota First Nations. The westernmost reserves belong to the Nekaneet First Nation, located about 30 km from the town of Maple Creek, and the Onion Lake First Nation on the Alberta border. On the other side of the province, the Cote and Cumberland House Cree First Nations are located near Manitoba.

While roughly 75 per cent of Saskatchewan’s reserve lands are within 50 km of other reserves in the southern half of the province, those in the northern half are more dispersed, and some are isolated from cities or towns. The northernmost edge of the province is home to the Fond Du Lac and Black Lake Nations near Lake Athabasca, and the Hatchet Lake Nation beside Wollaston Lake. No year-long roads directly reach these reserves, which means that people and supplies are mainly moved in and out by airplane or snowmobile. At Fond Du Lac, less than 1,000 people live in a population density of 6.5 people per km2, while 1,400 live on the Black Lake Reserve at a similar density. Other isolated reserves include the Peter Ballantyne Cree Nation near Pelican Narrows in the northeast, and the Birch Narrows and Clearwater River Dene Nations in the northwest.

As in other provinces, reserve lands in Saskatchewan are typically divided into smaller sections of territory. For example, the Canoe Lake reserve is comprised of three areas of land near Île-à-la-Crosse. Similarly, the Carry the Kettle reserve is dispersed over 73 sections of land southeast of Fort Qu’Appelle. All of these areas however, are significantly smaller than the traditional territories once occupied by Indigenous peoples in Saskatchewan before the creation of reserves.

The geography of reserves in Saskatchewan can also be viewed by treaty area. Treaties 4 and 2 cover the southernmost parts of the province, though Treaty 4 takes up the vast majority of the area. (Indigenous peoples in Saskatchewan did not sign on to Treaty 2, but they live on Treaty 2 reserves, even though having signed Treaty 4.) Going northward, Treaty 6 covers much of central Saskatchewan, with a small portion containing reserves within the Treaty 5 boundaries. Treaty 8 lands comprise roughly half of the province and most of its northern territory, while Treaty 10 territory covers the northwestern part of the province.

The median age of Indigenous peoples living on Saskatchewan reserves is approximately 20 years old, which is half the age of the province’s median non-Indigenous population outside of the reserves. The 2011 census reported a 16 per cent growth in the number of people living on Saskatchewan’s reserves. However, the 2016 census indicates that the on-reserve population decreased to 54,450 from 55,692 in 2011. 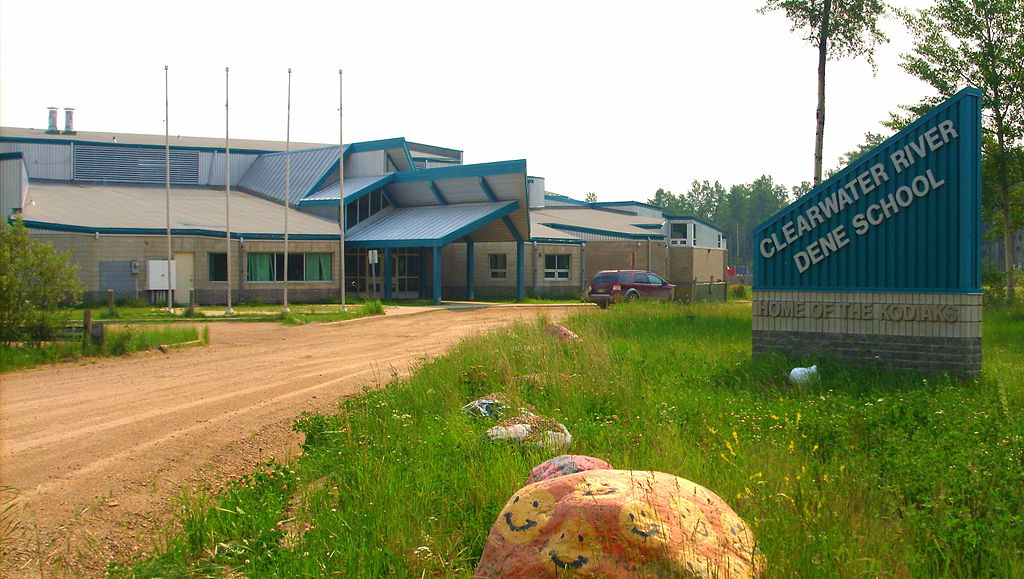 Before Europeans sought to colonize Western Canada, Indigenous peoples lived, farmed and hunted freely on the Plains. Some nations, specifically the Cree and Siksika, also warred with one another over resources. Beginning in the late 1800s, as a means of populating the West with white settlers and developing the land for commercial and industrial purposes, the Crown signed a series of treaties with Plains peoples, known as the Numbered Treaties. In exchange for territory, the treaties were to provide Indigenous peoples with land (reserves), one-time and/or ongoing payments (depending on the treaty) and certain rights to hunting and fishing. Certain treaties also included promises for education and health care. (See also History of Settlement in the Canadian Prairies.)

Treaty 5, signed in 1875–76, created a small tract of reserve lands along the Manitoba border, while Treaty 6 of 1876 ceded a very large tract of the province’s central territory to the Crown. In the north of the province, Treaty 8 (signed in 1899) and Treaty 10 (signed in 1906) created the last of the reserves in the province.

After all of these bands moved onto their reserves, they were subject to the restrictive provisions of the Indian Act, and their travel was controlled by the pass system, a policy never codified by law, but that restricted Indigenous mobility in the West from the 1880s to roughly the 1930s. Those wishing to leave the reserve could only do so with the written permission of an Indian Agent. The 2015 documentary film The Pass System details, for example, how a resident of what is now the Beardy’s and Okemasis First Nation reserve in central Saskatchewan had to apply for permission to travel for his wedding in 1897. 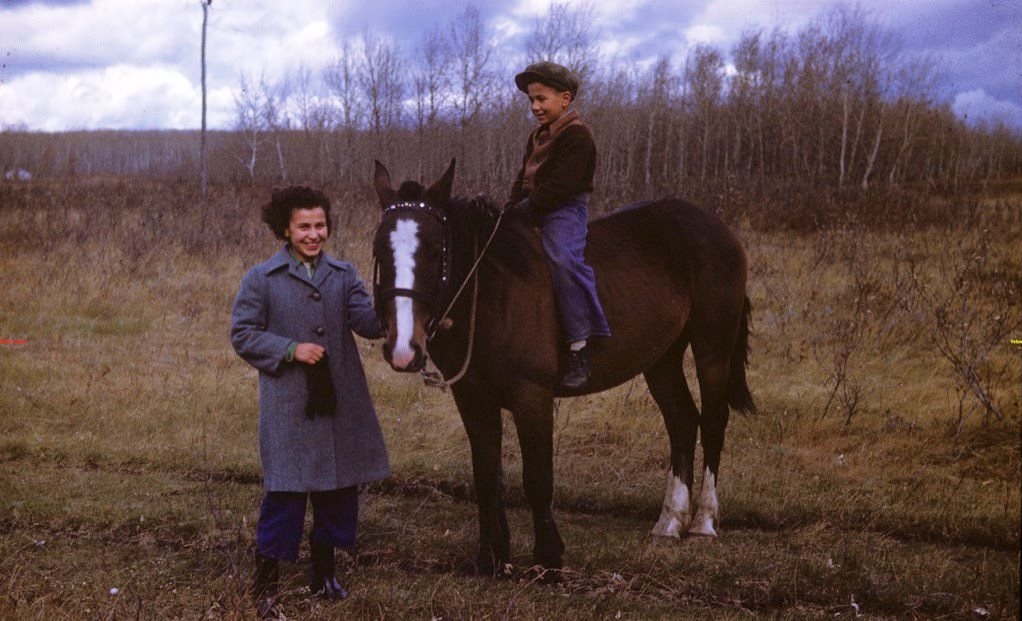 As in other First Nations communities, reserves in Saskatchewan are administered by elected chiefs and officials, as well as by hereditary chiefs in some communities. The Indian Act (1876) sets out the specific parameters for elected governance, including the standard ratio of one band council member per every 100 band members, with no less than two or more than 12 members, and also stipulates that each band can have only one chief. The Act mandates that chiefs and band council members be elected by private ballot, and sets term limits at two years. All reserve residents over the age of 18, and who are members of a band, have the right to vote in these elections. Other methods of electing First Nations chiefs include: the First Nations Election Act, band custom and community-specific rules set out by self-governing nations.

In 2017, Whitecap Dakota First Nation, located 26 km south of Saskatoon, signed an agreement-in-principle with the federal government, as a step towards self-government. After an internal vote is taken and a final agreement is reached, Whitecap Dakota will be the first self-governing First Nation in Saskatchewan. This means they will no longer be subject to the terms of the Indian Act, and will gain formal control of their reserve land and its resources, determine taxation and spending policies, and administer social programs like education and healthcare. There are other First Nations agreements under negotiation in Saskatchewan as well.

Some SaskatchewanFirst Nations enjoy a level of commercial success on their reserves. The Whitecap Dakota First Nation reserve is home to about 300 people, operates a profitable casino and golf course, which together contribute to its 19 per cent unemployment rate, as per the 2016 census. Additionally, the group’s success is linked to its 2013 decision to end the land provisions associated with the Indian Act and to draft their own land use policies.

In Saskatoon, Muskeg Lake Cree First Nations distribute the profits from their property rental business and local gas station to all of the members on their urban reserve, and also offer scholarship opportunities.

As of 2011, 36 per cent of those living on reserves in the province live in crowded housing. While the federal government earmarked $417 million in 2016, to be spent over two years, to improve on-reserve housing across the country, a Senate of Canada report indicates an extreme housing shortage on the province’s reserves. In 2013, for example, the province had a total of 14,583 houses on reserves, with 374 completed the previous year and 90 torn down, but the net increase of 2 per cent could not cover the significant population. (See also Social Conditions of Indigenous Peoples in Canada.)

Unemployment is another major problem. In 2011, 59 per cent of people living on the province’s reserves are unemployed, compared with a 40 per cent Indigenous unemployment rate off the reserves. Sixty-nine per cent of Indigenous children on Saskatchewan reserves live in poverty, the nation’s second-highest rate after Indigenous children living on reserves in Manitoba. The suicide rate for both children and adults is four times that of the rest of the population. The January 2018 suicides of two teenagers in the Fond du Lac reserve demonstrate the tragedy of this continuing crisis.

Drug addiction is a further issue on the reserves. In 2016, chiefs from Key, Cote and Keeseekoose First Nations called for awareness about the “mental health emergency” of methadone addiction and overdoses on their reserves. Two years later, Piapot First Nation took steps to address this issue on their own reserve, passing a ban on drug and alcohol use and announcing fines for those who violated the policy.

Saskatchewan is home to many Indigenous writers, artists, and musicians, many of whom reside on or originate from reserves. (See also Contemporary Indigenous Art in Canada.) The Saskatchewan Aboriginal Writers Circle holds regular Anskokh Festivals for spoken word and other literature performances, while the First Nations University Art Gallery in Regina displays the work of a wide range of Indigenous artists. Traditional Indigenous music and dancing is highlighted at the province’s many annual powwows, including Standing Buffalo First Nation’s powwow, one of the largest in the province, which is held every summer on their reserve near Fort Qu’Appelle.