On the steps of the Parliament Buildings in Ottawa with Prime Minister Mackenzie King, 19 May 1939. It was the first visit of a reigning monarch to Canada (courtesy (NFB/CPT 11-26-8).
PreviousNext

In the 18th century, two of King George III’s sons visited British North America during their respective naval and military careers. Prince William, the Duke of Clarence (the future King William IV), visited Newfoundland as captain of the HMS Pegasus in 1786. Prince Edward, the Duke of Kent (Queen Victoria’s father), was posted to Halifax and Quebec City and toured what is now Ontario in the 1790s. He was named commander-in-chief of the British North American forces in May 1799 but left the following year due to ill health. The Duke of Kent was the first public figure to describe both English and French Canadians as “all his Britannic Majesty’s Canadian subjects.” Prince Edward Island is named in his honour.

Prime Minister John A. Macdonald invited Queen Victoria to open Canada’s first post-Confederation parliament on 1 July 1867. However, she declined and never visited Canada in person. Her son, the Prince of Wales (the future King Edward VII), and her grandson, the Duke of Cornwall and York (the future King George V), made high-profile tours of Canada in 1860 and 1901, respectively. These tours were organized to acknowledge Canadian contributions to the Crimean War (1853–56) and the Second Boer War (1899–1902). They also provided a framework for future tours, including speeches, meetings with First Nations representatives, visits to prominent Canadian sites, gift exchanges and philanthropy. The presence of the Duchess of Cornwall of York (the future Queen Mary) on the 1901 tour led to greater recognition for Canadian women’s organizations and more social events with both men and women.

In addition to tours, royalty have lived in Canada for extended periods of time. Queen Victoria’s son-in-law, Lord Lorne, and daughter, Princess Louise Caroline Alberta, lived at Rideau Hall for long periods during Lorne’s term as governor general (1878–83) and made the first royal tour of British Columbia in 1882. Queen Victoria’s third son, Prince Arthur, Duke of Connaught, served as governor general from 1911 to 1916 and lived in Ottawa with his wife Margaret, Duchess of Connaught. His daughter, Princess Patricia, became honorary colonel-in-chief of Princess Patricia’s Light Infantry Regiment during the First World War. Patricia’s cousin, Princess Alice of Albany, Countess of Athlone, was vice regal consort from 1940 to 1946, while her husband, the Earl of Athlone, was governor general. Royal tours by the Connaughts and the Athlones focused on the military, wartime charities and preparations for war.

As Prince of Wales, the future King Edward VIII first visited Canada in 1919 to acknowledge Canadian contributions to the First World War. During the 1919 tour, Edward purchased a ranch in Alberta, which he kept after his abdication as king in 1936 and did not sell until 1962. Edward made official visits to Canada and private visits to his ranch in the 1920s and 1930s, achieving celebrity status. The prince, his Canadian tours and his ranch are mentioned in novels by Canadian authors, including Robertson Davies, Lucy Maud Montgomery and Timothy Findley. Edward was the first member of the royal family to describe himself as a Canadian on his tours of Canada. In a 1919 speech in Calgary, he stated, “I came to Canada as a Canadian in mind and spirit.”

King George VI was the first reigning monarch to tour Canada. In 1939, he and his wife, Queen Elizabeth (the Queen Mother), travelled across the country by train and made a four-day visit to the United States. It was one of the most popular royal tours in Canadian history and reinforced critical Anglo-Canadian and Anglo-American relations on the eve of theSecond World War.

Queen Elizabeth II is the most traveled monarch in history and has visited Canada on more than 22 occasions, including the opening of the St. Lawrence Seaway in 1959, Canada’s Centennial and Expo 67 in 1967, the Montreal Olympics in 1976, and the patriation of the Canadian Constitution in 1982. During these tours, she has acted in her official capacity as Queen of Canada, opening Parliament for the first time in 1957 and delivering the Speech from the Throne in 1977. The Queen’s most recent visit to Canada was in 2010, when she and the Duke of Edinburgh celebrated Canada Day on Parliament Hill. At a 2010 official dinner at the Fairmont Royal York Hotel in Toronto, Prime Minister Stephen Harper delivered a hockey-themed speech that praised the Queen as Canada’s “Most Valuable Player.”

Since the mid-1990s, Queen Elizabeth II and the Duke of Edinburgh, the Prince of Wales and the Duchess of Cornwall (Charles and Camilla), and the Duke and Duchess of Cambridge (William and Catherine) have made official visits to Canada, where they are formally invited and received by the prime minister. Other members of the royal family make working or private visits organized at the provincial level with their charities and military patronages in Canada. Recent official visits include Charles and Camilla’s visit to Nunavut, Ontario and the National Capital Region to mark the 150th anniversary of Canadian Confederation in 2017, William and Catherine’s 2011 tour of Ontario, Quebec, Prince Edward Island, the Northwest Territories and Alberta (their first overseas tour as a married couple) and their 2016 tour of British Columbia and the Yukon with their children, Prince George and Princess Charlotte. Recent working visits include Prince Harry’s visit to Toronto in 2017 in his capacity as patron of Invictus Games (his first public appearance with his future wife, Meghan). Sophie, Countess of Wessex, visited Toronto in 2019, touring hospitals where she is patron and promoting a new initiative to support women in financial careers. Royal tours were suspended temporarily during the COVID-19 pandemic of 2020. 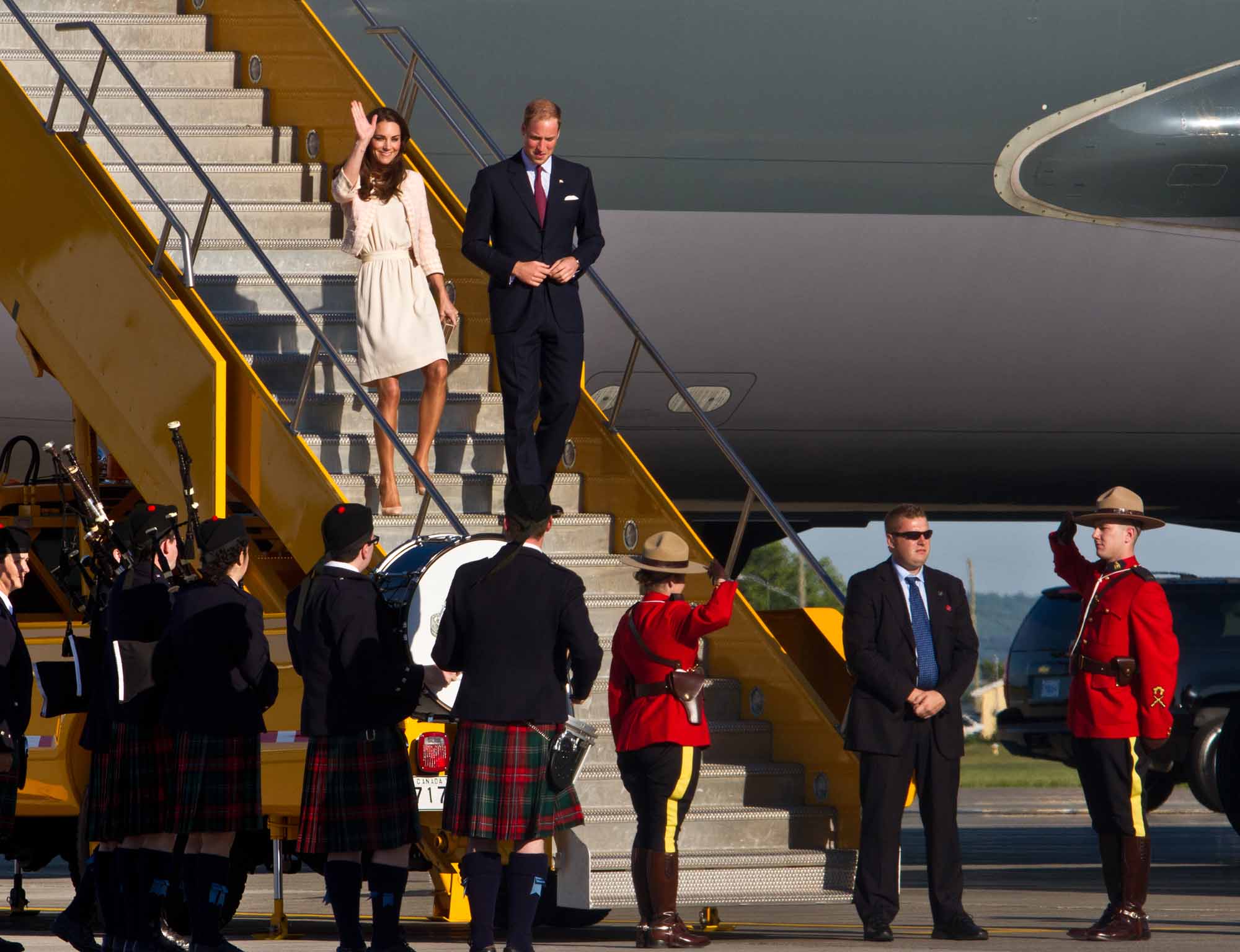 Prince Harry (The Duke of Sussex)