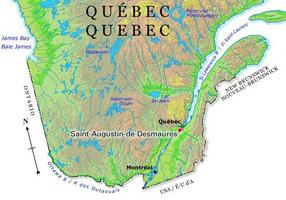 The area was first settled in 1658, more than 20 years before the creation of the parish of Saint-Augustin-de-Desmaures. The name Saint-Augustin was supposedly given to the parish in honour of the governor of New France from 1663-1665, Augustin de Saffray de MÉZY. The name Desmaures refers to the seigneury which was given to Jean Juchereau de Maure and his brother.

Saint-Augustin-de-Desmaures is known for its panoramic views across the river to the South Shore cliffs.