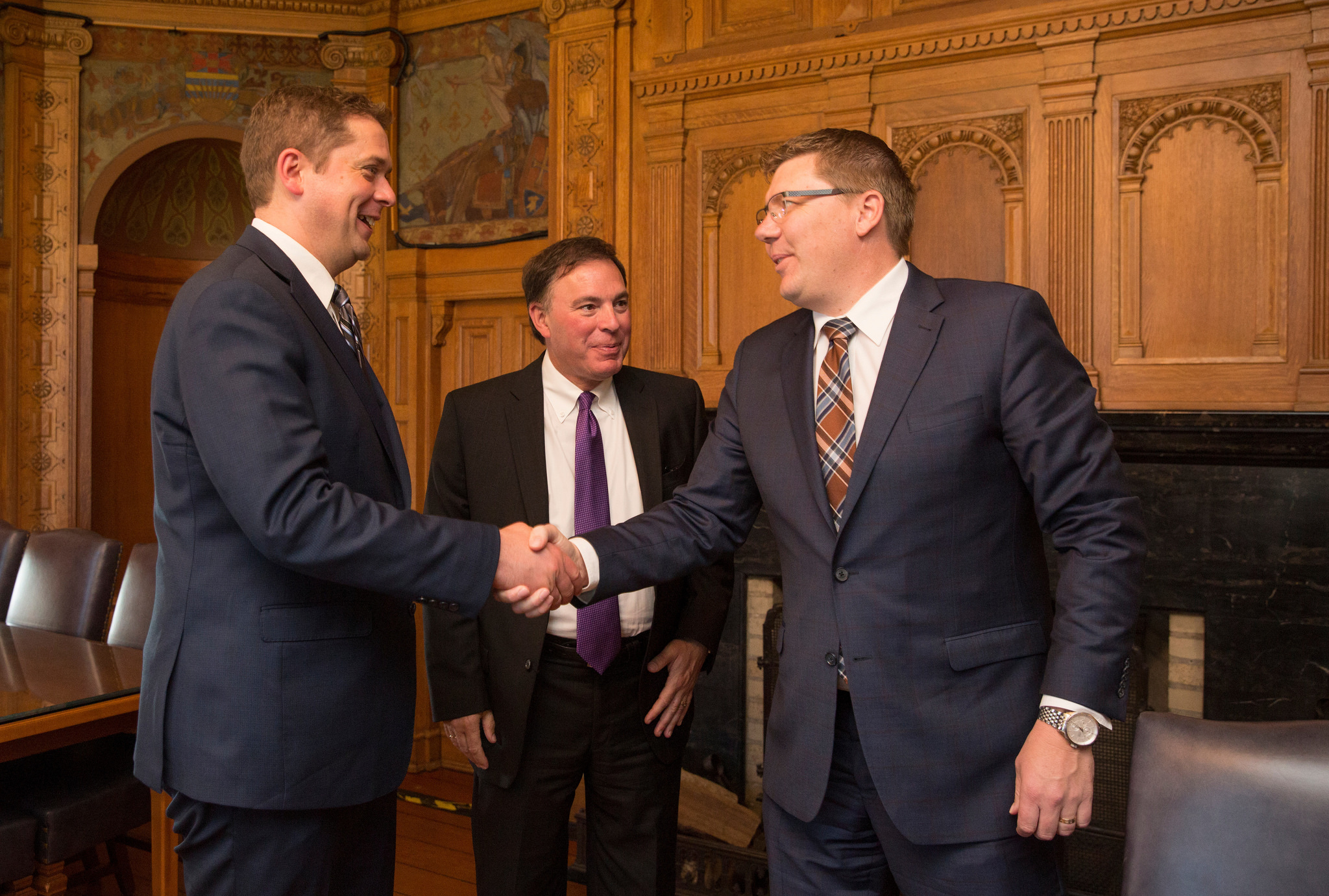 Scott Moe was born circa 1973 and raised on his family’s grain farm between Shellbrook and Parkside, SK, 140 km north of Saskatoon. Growing up, Moe did volunteer work at a local baseball diamond and hockey arena, which he said helped fuel his passion for politics. Moe graduated from the University of Saskatchewan in Saskatoon with a bachelor of science in agriculture.

Moe owned several businesses and was in the agricultural equipment industry for several years. He did community work with the Economic Development Corporation and the Shellbrook and District Health Services Project.

He and his wife, Krista, live near Shellbrook, where they are raising their two children.

In 2011, Moe entered politics running for the Saskatchewan Party of Premier Brad Wall in the Rosthern–Shellbrook riding. Moe was elected to the Saskatchewan legislature in the 7 November provincial election with more than double the votes of the second-place candidate.

Moe was named deputy chair of the legislature’s standing committee on public accounts in 2012. He was also minister of advanced education and in 2014 was appointed minister of environment and minister responsible for the Saskatchewan Water Corporation and the Water Security Agency (see Cabinet). As a minister, he was responsible for new agricultural drainage regulations. He also took a strong stand against a federal government proposal to launch a carbon tax (see Carbon Pricing in Canada). Moe was easily re-elected in the Saskatchewan general election of April 2016.

On 10 August 2017, Wall announced his intention to step down as premier after 10 years, saying the province would benefit from a fresh perspective (see also Provincial Government).

Later that month, Moe resigned as environment minister to comply with Wall’s demand that Cabinet ministers step down if they wanted to make a leadership bid (see Leadership Convention). On 1 September 2017, in a trucking yard near Saskatoon, Moe announced he was entering the Saskatchewan Party leadership race. Moe received strong support, with more than 20 caucus members supporting his bid, the most of any leadership candidate. 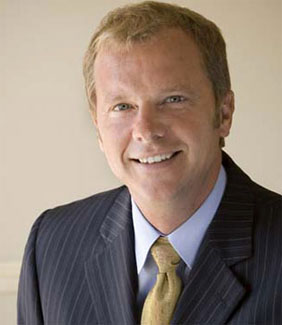 “I just don’t know how someone can step into our premier’s shoes,” Moe said. “It won’t be just one person. It will be a team of us.” He vowed to support Wall’s agenda, including fighting against a federally imposed carbon tax.

After making his leadership announcement, Moe addressed a 1992 conviction for impaired driving at the age of 18, which he described as “something that I truly regret. It’s also something that’s part of me.” News that Moe and two other Saskatchewan Party candidates had previously been convicted of impaired driving had emerged prior to the 2016 provincial election. In a statement, Moe said he had been forthcoming about the incident with constituents and the media.

Days later, Moe also discussed his involvement in a 1997 highway crash near Shellbrook in which a woman died. Although he maintained he had little recollection of the collision, Moe said the springtime accident happened after he had an early breakfast at his grandparents’ home and was returning to his family farm. A police investigation determined alcohol was not involved in the incident, but that Moe had crossed a highway when it was unsafe. It led to a traffic charge of driving without due care and attention for which Moe paid a fine.

Moe said the fatal car crash received extensive media attention when it happened and that he had never shied away from speaking about it. He maintained his decision to bring the incident to light again came after he received questions following his leadership announcement. “It’s a day that I live with each and every day in my life. And I know there’s another family that lives with it in a much larger capacity than I do.”

Moe said he wanted to become Saskatchewan Party leader and premier “to leave things a little bit better than we found them” and to give children the opportunity to spend their careers in the communities in which they were raised. He said he would focus on continuing the province’s growth if he became premier, with the goal of increasing the population to 1.5 million people by 2030 — a 50 per cent increase. The goal could be achieved by increasing agricultural and energy exports, which in turn would increase job opportunities and population growth (see Demography).

Moe, who ran with the campaign slogan “Stand with Scott,” also pledged to eliminate the province’s nearly $700-million deficit by the next provincial election and to bring back a provincial sales tax exemption on crop, life and health insurance, which had been dropped, much to the dismay of farmers (see Taxation in Canada). He also committed to adding 400 educational assistants and support staff to schools.

On 27 January 2018, Moe was elected Saskatchewan Party leader, beating four opponents in the fifth round of voting. He was sworn in as premier on 2 February 2018.

“Obviously I am really, really excited… but to have the faith of the people of the province to go through a process like this, I feel very humbled — but I also feel very personally rewarded,” Moe said in his victory speech.

He also vowed to continue the fight against the federal government’s carbon tax plan. “I will fight for this province. I will fight for our economy to ensure that we do not have a carbon tax. And Justin Trudeau, if you are wondering how far I will go: Just watch me,” Moe said, echoing Prime Minister Pierre Trudeau’s famous phrase during the 1970 October Crisis.

In his first legislative session, Moe fulfilled campaign promises by reinstating certain exemptions on provincial sales taxes and increasing education funding. He also came to national prominence in April 2018 in the wake of the Humboldt Broncos bus crash tragedy in which 16 people, including 11 players on the Humboldt, SK, hockey team, were killed in a highway collision in the province.

“This is a tragedy that reverberates across our province and across our nation.… I know that the pain and suffering is felt most deeply in the community of Humboldt, but I think all of us in Saskatchewan and across Canada feel a tremendous loss,” he said.

In January 2019, Moe apologized to Indigenous people in the province who were taken from their birth families as children and sent to largely non-Indigenous homes. This was known as the “Sixties Scoop” across Canada and Adopt Indian Métis in Saskatchewan. “We failed the survivors we heard from in the sharing circles, and so many others,” he said. “We failed their families. We failed their communities. We failed.” Later that year, he participated in the Saskatoon Pride Festival parade in 2019, marking a first for a Saskatchewan premier.

As premier, Moe’s relations with the federal government were strained. Western alienation was on the rise, largely as a result of federal government energy and climate policies. In the October 2019 election, the Liberals did not win any seats in Saskatchewan. Moe called his first post-election meeting with Prime Minister Justin Trudeau “disappointing.” He had presented a list of demands that included reworking equalization payments and cancelling the federal carbon tax. (In April 2019, the federal government imposed a carbon tax on Saskatchewan and other provinces that did not have approved carbon pricing plans.) But he left Ottawa empty-handed and said he would be looking at ways for the province to expand its autonomy.

Early in 2020, Moe was focused on his government’s Supreme Court challenge of the federal carbon tax.

Moe, the youngest premier in Canada, will face his first election as premier in the fall of 2020, when he will attempt to lead the Saskatchewan Party to a fourth straight election victory. Heading into the election year, his prospects appeared solid. A national survey in late 2019 found Moe was the second most popular premier in Canada, with a 56 per cent approval rating.