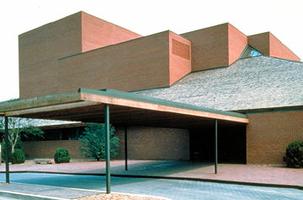 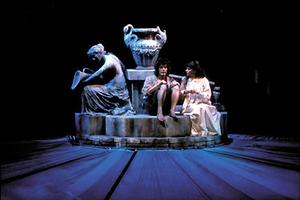 The Shaw Festival (Niagara-on-the-Lake, Ont) was founded in 1962 by lawyer/playwright/producer Brian Doherty and is the only festival in the world devoted to the production of plays by George Bernard Shaw. After an initial season of 8 amateur performances, directed by Maynard Burgess, the festival went professional. Radio producer Andrew ALLAN was appointed artistic director with Sean Mulcahy between 1963 and 1965. In 1966 Barry Morse transformed the festival into a major event and in the decade between 1967 and 1977 Paxton WHITEHEAD consolidated its international reputation, broadening the repertoire and introducing musical events and mime.

Housed for 11 years in the historic courthouse, this popular tourist attraction achieved permanent status when a handsome new 860-seat theatre designed by architect Ron THOM was inaugurated by Her Majesty Queen Elizabeth II on 28 June 1973. A 3-year period of uncertain direction, which began with Whitehead's departure in 1977, ended in 1980 with the appointment of Christopher NEWTON as artistic director.

Newton continued the eclectic policy begun by Whitehead. He skilfully juxtaposed plays written in very different dramatic idioms - European farces with Saint Joan, for example. His refreshingly offbeat seasons included revues and Edwardian musical comedies at a third festival playhouse, the Royal George, as well as unfamiliar Shavian one-act plays for lunchtime audiences. In 1982-83 the Shaw Festival enjoyed a great artistic success with Derek Goldby's production of Cyrano de Bergerac featuring Heath LAMBERTS - a Canadian actor brought to stardom by the festival - in the title role. Between 1984 and 1987 Newton launched his "Toronto Project," an attempt to extend the festival into the winter season by creating a base in Toronto and enlarging the Shaw mandate with contemporary co-productions. This experiment proved to be a financial liability and was terminated in 1988.

The Shaw Festival has provided opportunities for many theatre professionals. Set designer Maurice Strike, for example, dominated the Whitehead years with his polished Victorian sets. As Head of Design from 1980 to 1996, Cameron PORTEOUS demonstrated a high level of imagination and sculptural daring with his sets. And David Cooper's distinctive and amusing photography on the brochures has assisted with the marketing.

In 1994 Neil MUNRO was named resident director and Newton's tenure ended at the end of the 2001 season, after a record reign of 22 years, though he willingly served as guest director in subsequent seasons. His successor was Jackie Maxwell, the first female artistic director for the company, who had made a substantial reputation as a director in theatres across Canada while also enjoying prestigious positions as artistic director of FACTORY THEATRE and head of new play development for the CHARLOTTETOWN FESTIVAL. William Schmuck took over as head of design in 1996, as Maxwell consolidated Newton's practice of staging more European and American dramatists who could be considered contemporaries of Shaw.

Under Maxwell, the festival's mandate - to produce plays by Shaw and his contemporaries - has been loosened so that a typical season includes modern plays and musicals. Plays or new adaptations by Canadian playwrights such as Michel TREMBLAY, Ann-Marie MACDONALD, Sharon POLLOCK, Michel Marc BOUCHARD, Linda GRIFFITHS, Morwyn Brebner and Michael Healey feature prominently, as do works by women. Maxwell has also championed Canadian directors such as Morris PANYCH, Eda Holmes, Alisa Palmer and Gina Wilkinson.

The festival benefited immensely from an ambitious $50-million capital campaign, started in 2002, that included plans for renovations of the existing administrative building as well as a new building to house 3 rehearsal halls, administrative offices, a recording studio for production music, coaching studios, and a green room. Named the Donald and Elaine Triggs Production Centre (after the couple who had generously donated $1 million), it takes pride of place on the festival grounds. Offices and studios are still used in the old building, where there is a preparation space for wigs and costumes. The props department and set construction shop are off-site in nearby Virgil.

The Academy of the Shaw Festival, known as the professional development and public education wing of the company, has gone through several changes since it began in 1985. Originally intended to be a skills training site for the acting ensemble, it expanded its mandate to include a series of publications under the editorship of Denis Johnston, its publications editor and audience outreach director, whose tenure ended at the end of the 2005 season. Among its publications were actor Tony VAN BRIDGE's memoirs, a Shaw Festival Production Record (1962-99), and a collection of theatre essays on Shaw and his contemporaries by Ronald Bryden.