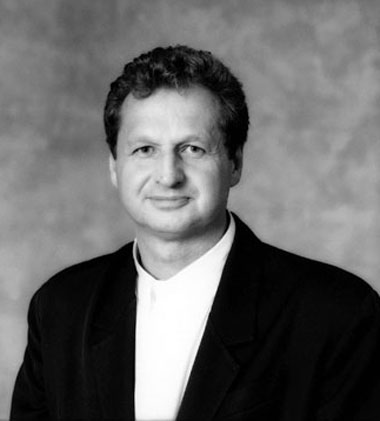 Stephen Teeple, architect (born 17 April 1954 in St. Thomas, ON). A winner of the Governor General’s Medal in Architecture multiple times, Stephen Teeple has emerged as one of Toronto's leading architects. He is known for his skill in producing work that is typified by strong linearity and expressive compositions containing a rich and highly detailed palette of materials such as brick, stone and wood.

Stephen Teeple received his Bachelor of Architecture from the University of Waterloo in 1980 and a Master of Science in building design from Columbia University in 1989.

While Teeple's work, like the work of Vancouver's John and Patricia Patkau, can be viewed as a mixture of well-crafted modernism that follows the works of the late Ron Thom, it employs expressive geometry. It was Teeple's Trent University Childcare Centre (1992) that first distinguished his ability to use a mature composition of stone, wood and glass and brought recognition for his exceptional maturity and elegance in architecture. It was also this project that gave Teeple his first of five Governor General's Medals in Architecture.

Teeple’s buildings often address difficult site conditions. The Ajax Main Library (2002) had to negotiate the functions of the building along a busy suburban arterial; the Graduate House at the University of Toronto (1999, with Morphosis architects from Santa Monica) included a controversial sign that cantilevered over the street leading into the University of Toronto campus.

With the dramatic use of glass and steel, Teeple's work can be seen as reflecting contemporary practices, yet his buildings often exude the care and detailing found in more traditional architecture. The stone coursing found in his Trent Childcare Centre is traditionally detailed in a linear composition while the addition of small ribbon windows and skylights provide not only a sense of protection from the busy road nearby but allow for a dramatic expression of elemental forms.

Many of Teeple's projects are marked by their linearity, a common element expressed in his work through changes in heights and the accentuation of shadow lines. These can be seen in the Eatonville Public Library (1999) and his Pickering West Branch Public Library and Community Centre (1999). In terms of his understanding of materials, the New Physics Building (1997) at Trent University is contextualized through site-cast concrete that brings depth and texture to a building that must sit within an important modernist context of a university originally designed in the 1960s. 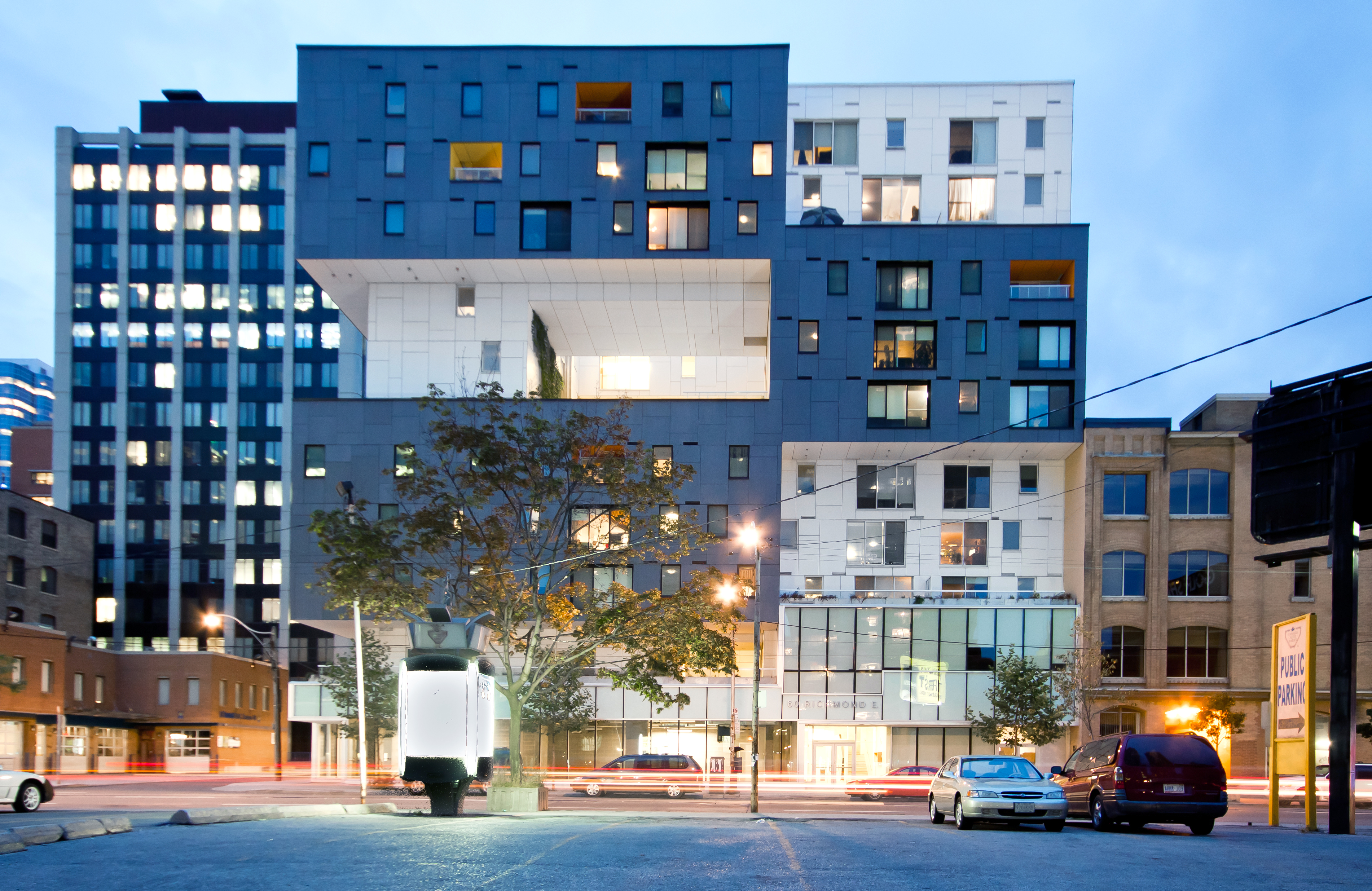 View of 60 Richmond East from the street. 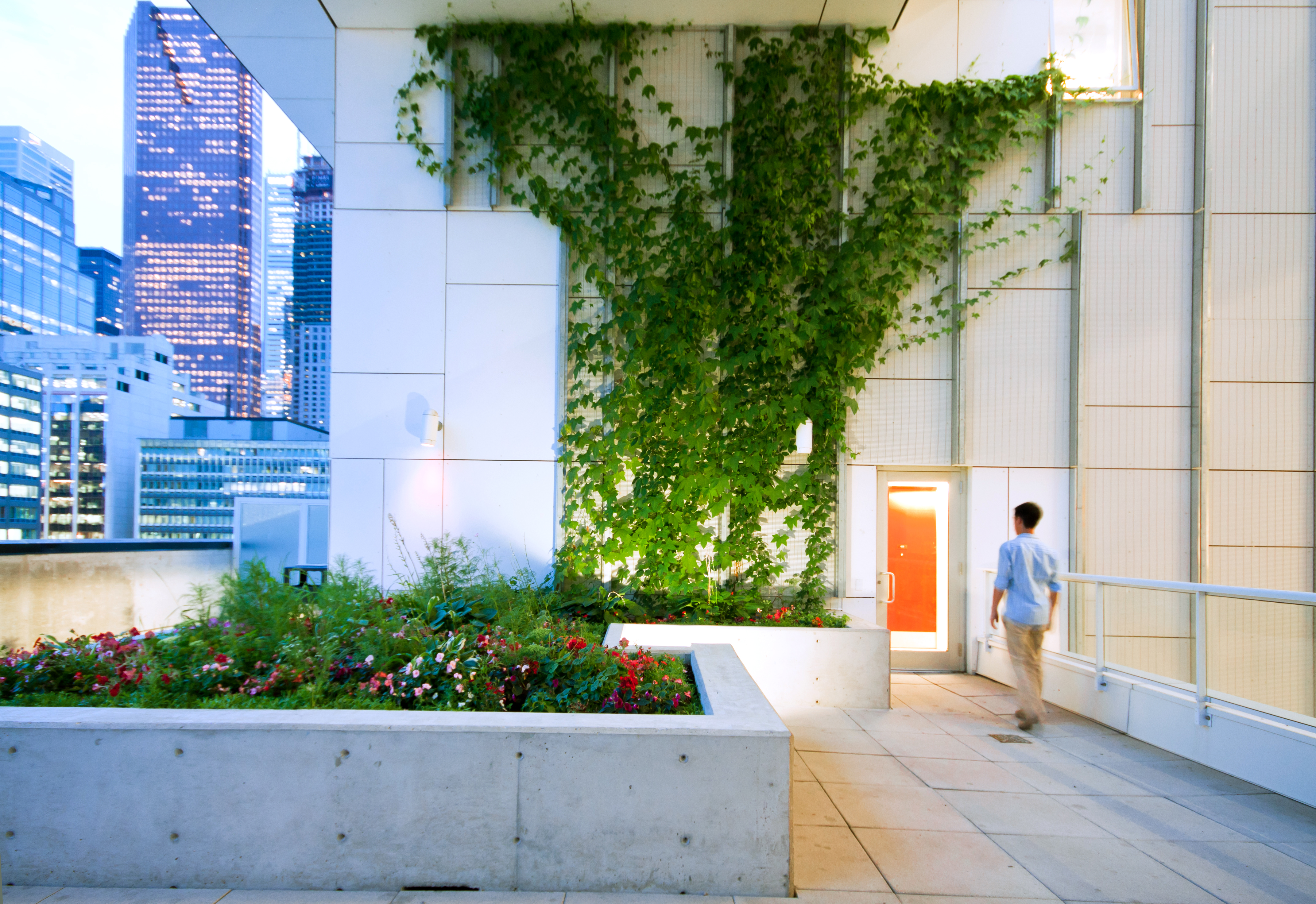 A lengthy list of honours and awards includes five Governor General's Medals in Architecture for the following projects: Trent University Childcare Centre, Burt Matthews Hall at the University of Waterloo, the College of Physical and Engineering Sciences at the University of Guelph, the Scarborough Chinese Baptist Church, and the 60 Richmond East Housing Development.