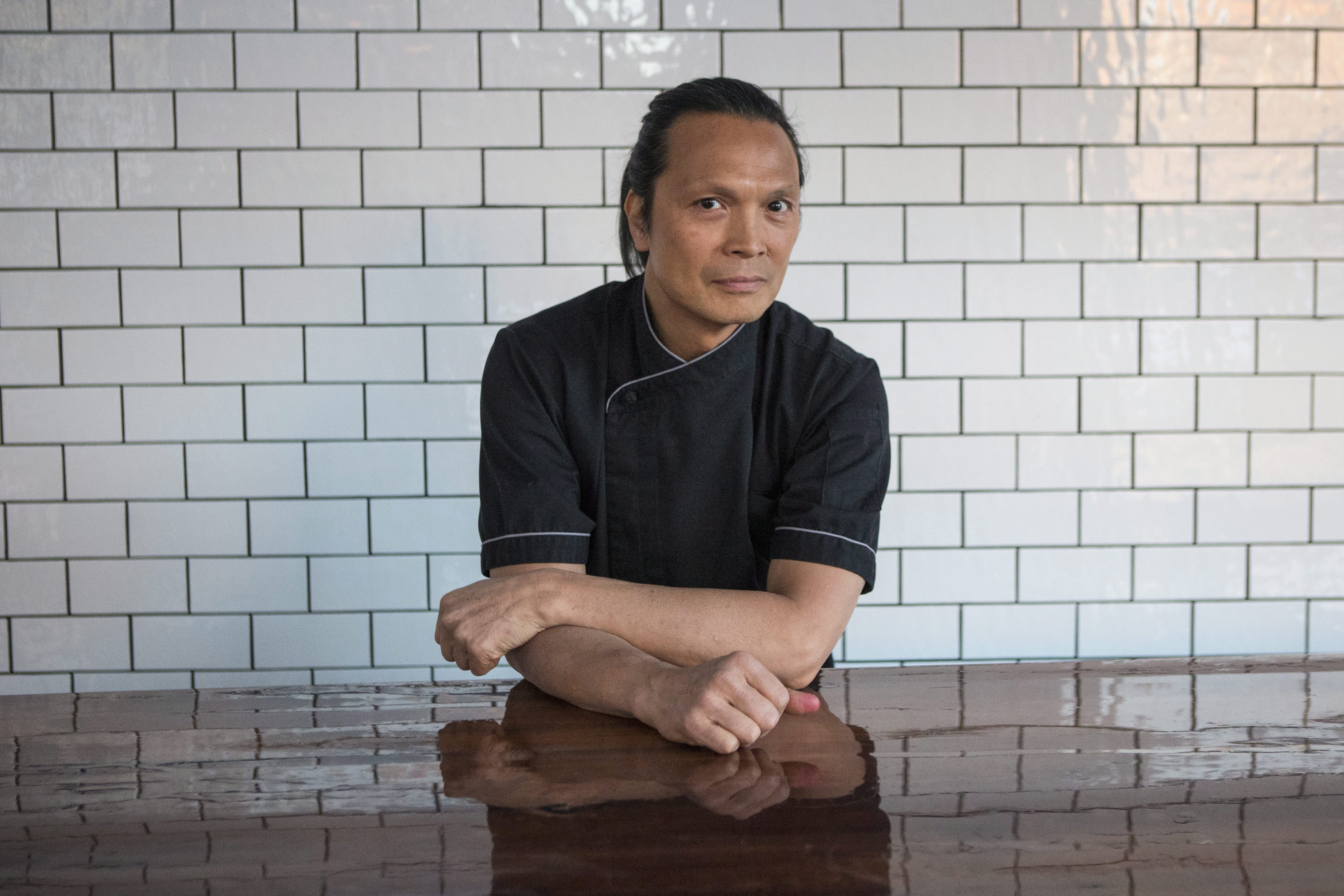 The youngest of six children, Lee preferred physical work to classroom education, and landed his first full-time job as a dishwasher at a Pekingese restaurant at age 14. He credits outings with his father to various dim sum restaurants in Hong Kong with inspiring his passion and curiosity for food.

After falling in love with the tools and sounds of the kitchen, Lee began an apprenticeship at the elegant Peninsula Hotel in Hong Kong when he was 16. There he absorbed the art of European cuisine, rising to the position of chef saucier by the time he was 19.

Lee emigrated to Toronto in 1978 and continued cooking, working his way up to the executive chef position at a number of restaurants. His plans to move back to Hong Kong in 1983 took a tragic turn when his wife, Marilou Covey, left a few weeks before Lee and died tragically on Korean Air flight 007, which was shot down by a Soviet jet fighter after it violated Soviet airspace.

In 1987, Lee opened his first restaurant, Lotus, in Toronto, where he blended Chinese cuisine and culinary traditions with European techniques. The tasting menu at the 12-table restaurant soon won him accolades from food critics around the world, including Zagat’s proclamation of Lee as a “culinary genius.” After a decade of rave reviews, Lee closed Lotus, taking three years off to “re-energize” in Singapore, where he consulted for the Tung Lok restaurant group.

In 2000, he returned to Toronto and opened Susur. His second wife, designer Brenda Bent-Lee, oversaw the restaurant’s interior. Such mouth-watering and inventive dishes as Lee’s famous lobster with black truffles, Qianpang Xie-style egg white and uni sauces and crispy dried scallops drew deep-pocketed foodies and critics from around the world. In 2004, he opened Lee, a more affordable and casual restaurant. At the peak of its eight-year run, Lee made Restaurant Magazine’s list of the world’s 50 best restaurants and helped Lee earn a place as one of Food & Wine magazine’s “Ten chefs of the Millennium.”

In 2008, Lee answered the call of global hoteliers, closing Susur and opening Shang in the new Thompson LES hotel in New York City. Six months later, in 2009, he opened Zentan in Washington, D.C.’s Donovan House. Susur’s 19-ingredient Singaporean-style slaw was a popular staple at both establishments, but both restaurants drew mixed reviews and were shut by 2013.

The Singapore arm of his restaurant empire, Tung Lok Heen (formerly Chinois), opened in 2010 at Hotel Michael. That same year saw Lee battle for the title of Top Chef: Masters on Bravo TV, where he tied for second place in the season finale.

Meanwhile, back in Toronto, the elder two of Lee’s three sons, Kai and Levi Bent-Lee, began training in the management and operations at Lee and Lee Lounge (which opened in 2011 as a laid-back extension of the Toronto flagship). In September 2012, the family opened Bent with Kai and Levi managing the place, their father overseeing the kitchen and Bent-Lee in charge of the design.

In 2014, Lee appeared as one of the judges on Chopped Canada, a culinary competition airing on The Food Network Canada. In 2014, he opened Luckee, a haute dim sum restaurant in Toronto’s SoHo Metropolitan Hotel. Plans to open a second Luckee inside China Club New York at One World Trade Center in New York City were announced in 2013 but never materialized.

In 2013, Lee signed on to be the face of the Toronto District School Board’s “My Food My Way” campaign to overhaul its cafeteria menus. He has raised funds for the James Beard Foundation, The Centre for Addiction and Mental Health, and regularly lends his skills to charity events.

Lee has come under fire over the years for issues related to his labour practices. In 2007, the Toronto St​ar reported that the Ontario Ministry of Labour was investigating “six complaints of unpaid wages from former employees at Susur and Lee.” In 2017, CBC News reported that Lee’s Toronto restaurants had violated Ontario's Employment Standards Act by tabulating mistakes made by servers and deducting the amount from their tips. One server reported that the “IOU” practice had led to a workplace culture of “intimidation and fear.” A spokesperson for Susur Lee Restaurant Group responded that such deductions were used to pay for staff functions, and that the practice was no longer in effect. Ontario’s Ministry of Labour did not investigate the complaints, but a petition was subsequently circulated calling for Lee to pay back the money that was withheld.