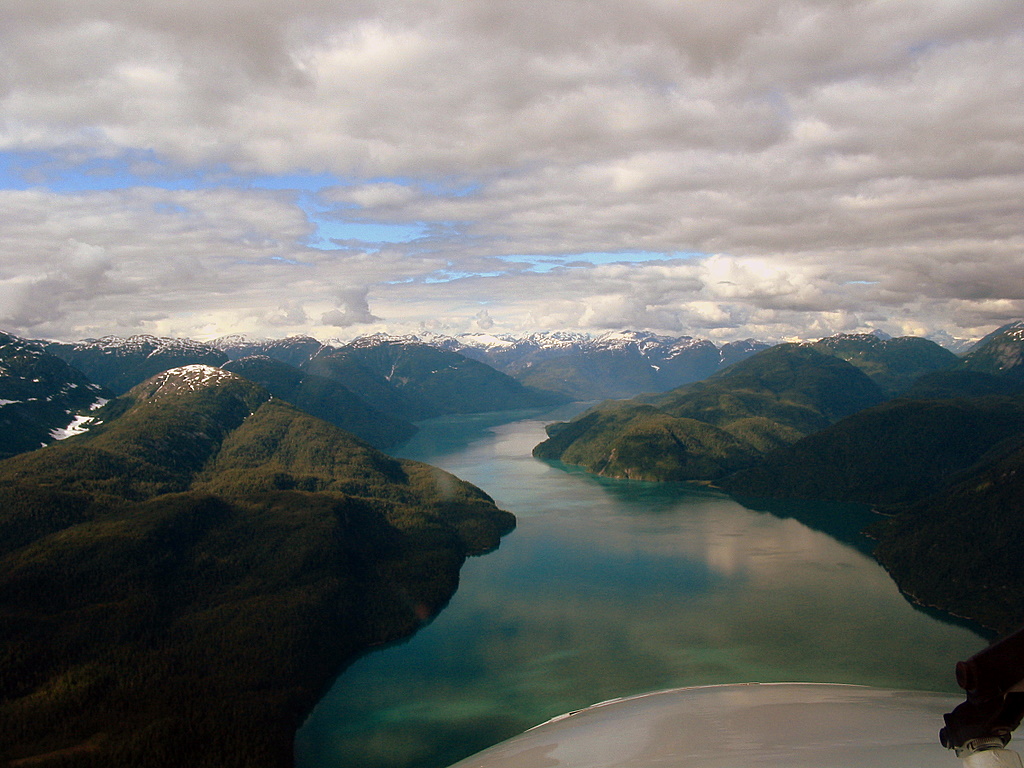 Little is known about Tsetsaut history before contact with Europeans in the 1860s. The Tsetsaut were nomadic hunters, fishers and gatherers who lived along the Alaska-British Columbia border. They shared a common ancestry and traded furs with the Nisga’a of the northwest Pacific Coast. Like other Indigenous peoples of the region, it is likely that they had a greater abundance of food and resources than Indigenous peoples to the east of the Rocky Mountains. Therefore, they did not have to constantly move in order to follow food supplies, allowing them to develop more permanent settlements. It is also likely that many of the Tsetsaut people were killed by diseases before direct contact with Europeans in the 1860s. Historians estimate that the entire pre-contact Indigenous population of 200,000 along the Pacific Coast was reduced to 13,000 as measles and smallpox epidemics spread through trade networks and European exploration, severely impacting Aboriginal peoples on the Pacific Coast in the 1780s and 1830s (see Epidemic).

The Pacific Coast was home to large numbers of thriving Indigenous peoples prior to European colonization. In fact, it is estimated that one-third of the total Indigenous population of Canada lived in present-day British Columbia before the explorer and fur trader Alexander Mackenzie reached the region in 1793 (see Fur Trade). Some First Nations who lived on the Pacific Coast before the arrival of Europeans, such as the Haida, are still thriving today. However, not all Indigenous peoples were so fortunate. The Tsetsaut, who according to oral tradition had a population of approximately 500 in the mid-19th century, nearly became extinct by the early 20th century, destroyed by disease, warfare and loss of their ancestral lands.

In the 1830s, the Tsetsaut left the Plateau region (see Indigenous People: Plateau) because of raids and threats by the more powerful Łingít (Tlingit) and Tahltan peoples. They were forced to migrate west across the southern waters of the Stikine River and the northern headwaters of the Nass, Iskut and Skeena rivers, as far as the Pacific Coast. Afterward, they inhabited the area around the Portland Canal.

Robert Tomlinson, an Anglican missionary, visited the Tsetsaut at the head of Portland Canal in 1867. He reported a thriving people with no canoes but many furs. Tomlinson traded canoes for furs with the Tsetsaut, who at that time were in a strong trading relationship with the Nisga’a, with whom they shared a common ancestry.

In the winter of 1894–95, German anthropologist Franz Boas lived with one band of the Tsetsaut at Portland Inlet, at the boundary between Alaska and British Columbia, studying and recording their language, history, customs and myths. By that time, the Tsetsaut were on the brink of extinction. Boas wrote that “In this region were said to live the few remaining members of a tribe which had not heretofore been studied. The tribe is called Ts'ets'aut by the Tsimshian and by the Nass River Indians.” Boas also recorded the fact that a different Tsetsaut “tribe” called the “Laq’uyi’p” (meaning “on the prairie” or “of large flat ground”) lived at the “head waters of the Stikeen [Stikine] River.” They are the ancestors of the “Laxwiiyip” (Tsetsaut/Skii km Lax Ha Nation) of modern British Columbia.

Boas interviewed an elderly Tsetsaut man named Levi, the only person who remembered the language and history of his people. Levi recalled that there were more than 500 Tsetsaut 50 years earlier, but they were forced to move after the Łingít (Tlingit) threatened to kill Tsetsaut men and enslave their women and children (see Slavery of Indigenous People in Canada). According to Levi, the Tsetsaut were also harassed and raided by their First Nations neighbours, such as the “Sa’nak’oan” (the Sanyakoan, members of a nearby Tlingit village). During their migration, the Tsetsaut saw their numbers reduced; they subsequently fell under the control of the  Nisga’a by the late 1800s. By 1894, only 12 Tsetsaut remained of Levi’s band.

The Tsetsaut economy was based on inland game hunting. The Tsetsaut lived in the area around Meziadin Lake, where they fished for salmon. The Tsetsaut had a rich history and culture built in the Pacific region over many millennia. Through the testimony of Tsetsaut elders and the oral history of the Nisga’a, it is evident that the Tsetsaut were a matriarchal society with a powerful fur trading and fishing tradition. Children belonged to and were raised by their mother’s family, men never cut their hair (for fear of growing old) and the Tsetsaut consisted of two great clans, the Wolf and Eagle. It was once understood that only the Wolf clan survived to the 1890s; however, Tsetsaut living in modern British Columbia claim descent from the Wolf and another clan, the Raven.

The Nisga’a called the Wetal peoples Tsetsaut, a Tsimshian word meaning “those of the interior.” The term also generally referred to the various Dene-speaking peoples in the interior of Northern British Columbia, including some of the Sekani and Tahltan peoples. The Tsetsaut language was Dene in origin and was called Wetalh, spoken in the Portland Canal area of Northwestern British Columbia (see Indigenous Languages in Canada). The language is said to be similar to that of the Tahltan, but there is evidence that the Tsetsaut were most closely related in culture to the Kaska. Modern linguists contend that Wetalh is similar to the Han and Kutchin (Gwich’in) languages of the Yukon.

In 1894, German anthropologist Franz Boas recorded some of the Tsetsaut language after interviewing three Tsetsaut men enslaved by the Nisga’a. The two younger Tsetsaut spoke mostly Nisga’a, while an elderly man, Levi, “was the only one who spoke the language well.” Boas recorded many Tsetsaut words, including a “dancing song” chanted by shamans. The last Tsetsaut (Wetalh) speaker died around 1927, and the language became extinct.

The Tsetsaut were a people with a rich spiritual heritage, where ancestral beliefs were retold by elders over the generations. The Tsetsaut held beautiful creation stories, such as of a great flood that once covered the land and “The Origins of the Seasons and of the Mountains,” which told of a time when “there was no rain, no snow, and no wind. The sun was shining all the time.” From this golden age, the Earth was created. Through oral testimony gathered in the 1890s from the few surviving Tsetsaut, anthropologists recorded some of the history and mythology, in effect the final memories of the Tsetsaut, before their ancient and traditional way of life passed into history.

When anthropologist Franz Boas visited the Tsetsaut in 1894, they were almost extinct. In 1895, the few remaining Tsetsaut survivors of the Wolf Clan were assimilated into the  Nisga’a. The great Nisga’a Eagle clan chief, Sganism Sim'oogit (“mountain chief”), who had traded with the Tsetsaut in decades past, took them under his protection. It was formerly believed that the Tsetsaut became extinct as a people in the late 1920s or early 1930s. However, approximately 30 people from the Tsetsaut/Skii km Lax Ha Nation live along the Nass, Stikine and Skeena rivers today. They are the matrilineal descendants of the Raven Clan of the Tsetsaut.