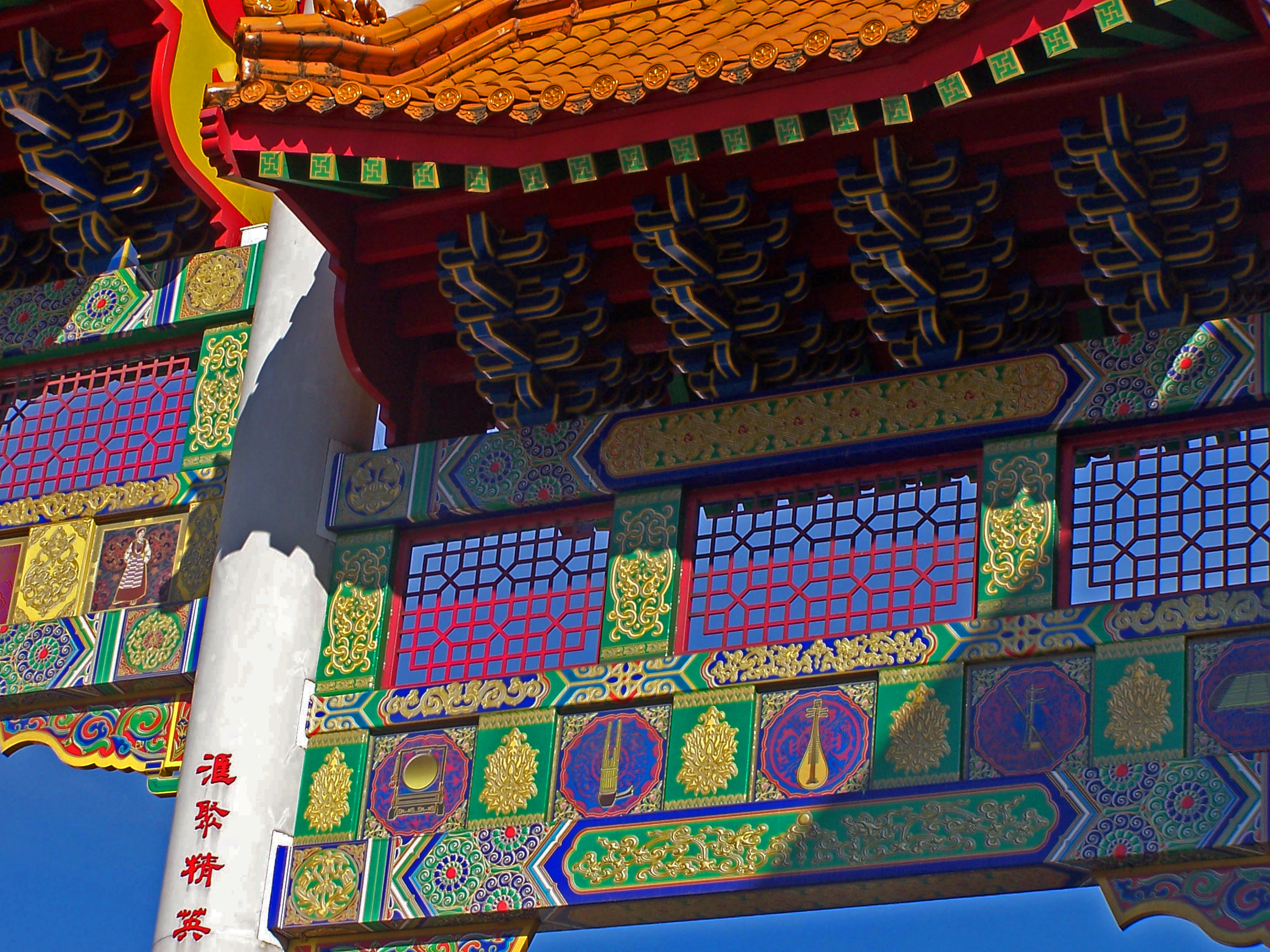 Chinatown in Vancouver is a National Historic Site. In 1886, the same year as the incorporation of the city of Vancouver, with about 90 Chinese residents, Chinatown emerged on Carrall Street and East Pender (at the time Dupont) Street. By the 1890s, Vancouver’s Chinatown had established itself between Carrall and Columbia streets. Currently it is centred on Pender Street between Taylor Street in the west and Gore Avenue in the east. The buildings feature a distinctive hybrid architectural style that combines Chinese regional architecture with locally established Western motifs. The main streets in Chinatown follow a traditional Western grid pattern, while the north side is distinguished by interior courtyards, alleyways and façades that face both lanes and streets.

By 1905, Canton and Shanghai alleys had been created on the west side of Carrall Street, along with the construction of new tenement buildings and numerous local businesses. Meanwhile, Chinese establishments had moved eastward on Dupont Street from Carrall Street to Westminster Avenue (renamed Main Street in 1910). By then, Vancouver’s Chinatown eclipsed Victoria’s as the largest Chinatown in Canada (see Victoria Chinatown). The newly built association buildings were made to Western standards, but they also included classical Chinatown features such as recessed balconies and long, steep stairways. Narrow laneways and alleys helped define an architectural district.

Chinatown in Vancouver hit its residential peak in the 1920s. Featuring a hospital, two Chinese theatres, a library, six schools, and a robust diversity of various Chinese association buildings, the area was also punctuated by important civic structures such as City Hall, Vancouver Public Library and various bank buildings.

The Chinese Immigration Act, also known as the Chinese Exclusion Act, was passed by the Canadian Parliament in 1923 and banned Chinese immigration to Canada. While most immigration was discouraged, Chinese immigrants were now the only group explicitly forbidden to immigrate to Canada. The bill had devastating effects on the thriving community, which had dropped half of its population by 1941, leading to the demolishing of the tenement buildings on both sides of Canton Alley in 1949. Canton Alley was destroyed, but new Chinese businesses were established on Main and Hastings streets. Demolitions continued through the 1960s, when two city development projects destroyed most of the remaining Chinatown to make room for new housing.

The 1970s saw a revitalization of Chinatown thanks to sizeable investments from booming Hong Kong, a nation at the gateway of an open-door policy agreement with the People's Republic of China. As a result, throughout the 1980s, a variety of beautification and cultural marking projects were mounted between Main Street and East Hastings such as the creation of bilingual street signs and the installation of traditional Chinese lamp posts. Old buildings were refurbished to serve the community, and new construction projects commemorating the area, most notably the Classical Chinese Garden, were completed in 1986. By 1987, the Chinese arch from Expo 86 had been installed in front of the Chinese Cultural Centre on Pender Street.

The Chinese Freemasons Building. Purchased in 1907 by the Chi Kung Tong, a traditional Chinese fraternal organization, the Chi Kung Tong changed its name to Chinese Freemasons in 1920 in order to connect with European Freemasonry. Due to its unique characteristics, blending both Western and Chinese styles, the building was perfect for this type of use. The Pender Street façade facing Chinatown has traditional Chinese recessed balconies and ironwork. The Carrall Street side of the building faces the entrance to predominantly white Gastown and presents a Victorian façade. The Freemasons famously supported Dr. Sun Yat-sen’s attempts to bring democracy to China, even mortgaging the building to fund Sun’s 1911 rebellion.

The architecture highlights the contrast between the Pender and Carrall Street facades, the latter being an atypical commercial strip for the era, and Pender Street reflecting Chinatown's particular style. Some significant alterations were commissioned by prominent Vancouver architect Samuel Buttrey Birds in 1913. The facades are all that remain of the original building, retained when the rest of the building was demolished in 1975. The decision was the first attempt by the city of Vancouver to preserve parts of Chinatown.

The Chinese Cultural Centre. This building provides a home for the promotion of Chinese heritage and culture in British Columbia. It incorporates elements of traditional Chinese architecture, the north-south axis, courtyard plan, exterior colonnades and covered balconies all with a modern interpretation. The building was designed by James K.M. Cheng Architects and Romses Kwan & Associates. In 1998, the Museum and Archives building was added to the complex, designed by local architect Joe Wai with traditional motifs that include flared eaves, screened windows and post-and-beam construction. 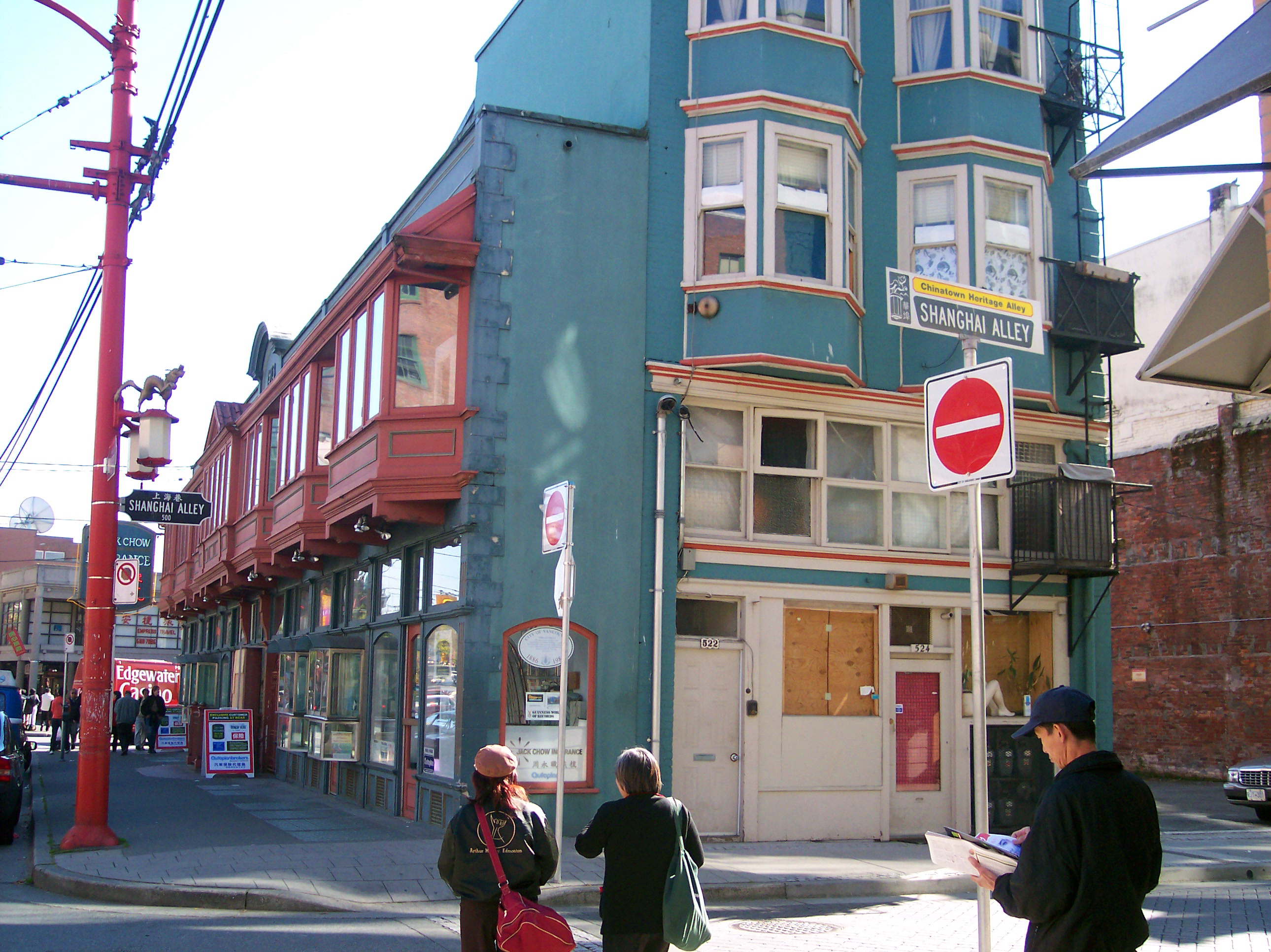 Sam Kee Building. Sam Kee was in fact a fictional person. The name was invented by Chang Toy, who operated Sam Kee Co. Established by Toy in 1888, Sam Kee Co. would become one of the largest merchant firms in Vancouver of the era. The success of the company made Toy one of the wealthiest men in Chinatown, with several still-standing buildings credited to him, including the 1906 Empress Rooms, now home to MacLeod’s Books at Pender and Richards.

An act of defiance in 1913 resulted in the construction of this building. To widen the road, the city had demolished Chang Toy’s grocery warehouse, leaving him with a narrow strip of land. Toy commissioned a building designed by architects Brown and Gillam, with a ground floor measuring at a depth of 4 feet 11 inches. They designed for him a building of steel-frame construction with a series of bay windows that increase parts of the usable width of the upper floor. The basement, running the length of the building and extending under the sidewalk to double the square footage, housed public baths. The building today stands as the Guinness World Record holder for the narrowest commercial building in the world. The building was restored in 1986 by its current owner, Jack Chow, and architect Soren Rasmussen. 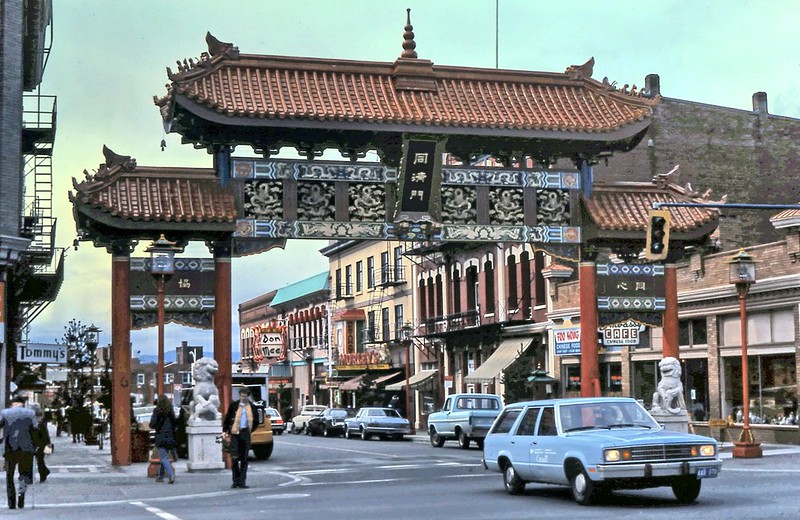 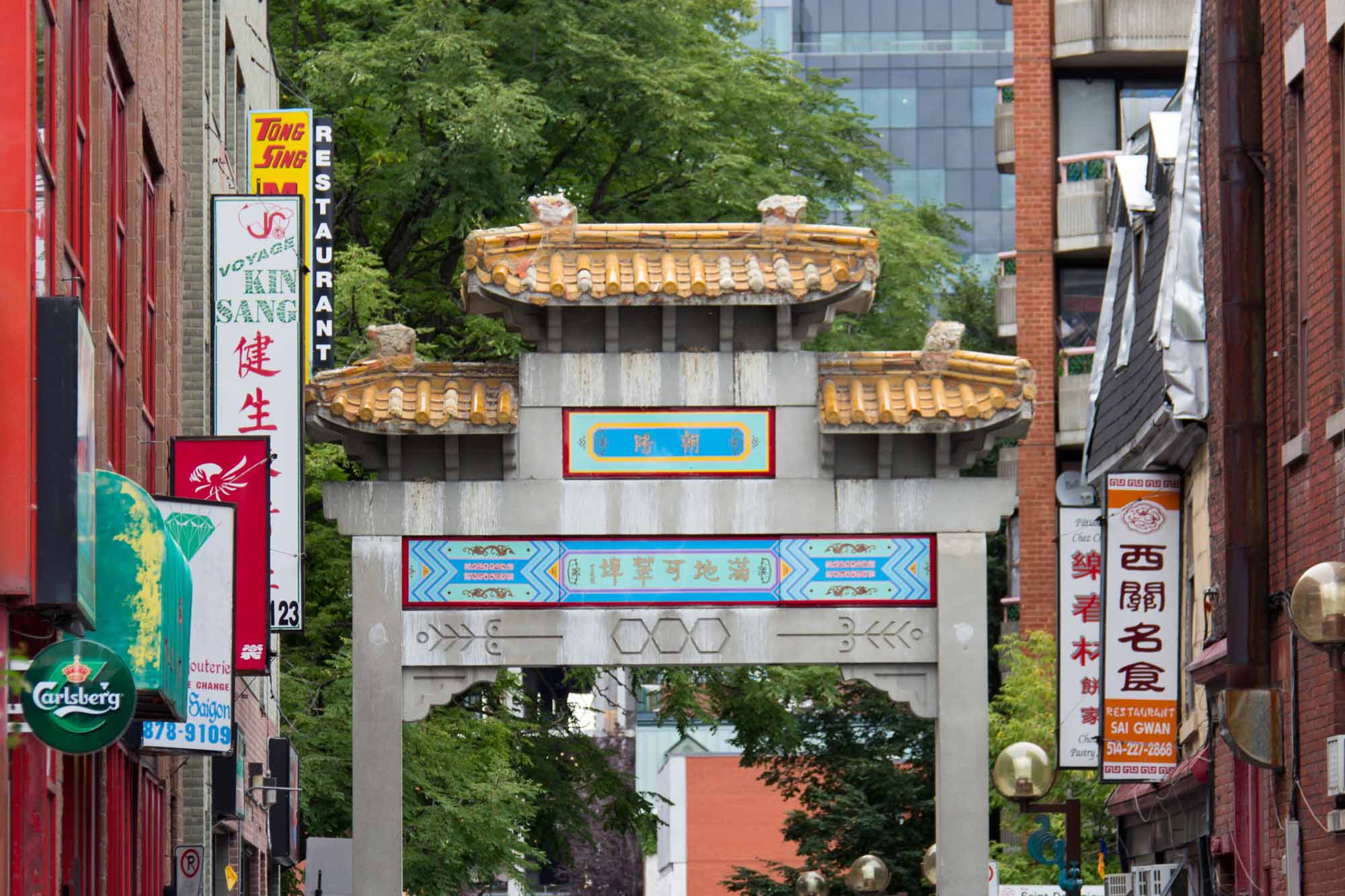