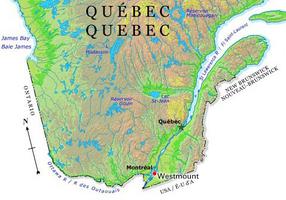 Westmount, Qué, City, pop 20 494 (2006c), 19 727 (2001c), inc 1908. Westmount is located on the western slopes of Mont Royal (Mount Royal); hence its name. The city of Westmount is an autonomous municipality within the MONTRÉAL urban community. Its history is inextricably linked with the history of the neighbouring city of Montréal. In 1874 the municipality was first incorporated as the village of Notre Dame de Grace, and in 1890 it became the town of Côte St Antoine. In 1895 the town was officially renamed Westmount.

Westmount's location on the slopes of Mont Royal attracted well-to-do residents, and it quickly became one of Canada's most fashionable communities. Long considered an English-speaking enclave in Montréal, it is now a bilingual community with a varied population. An excellent system of parks, including Summit and Westmount parks, and many historic homes and commercial buildings continue to make Westmount a distinctive urban community.