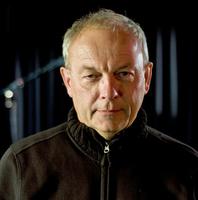 William D. MacGillivray, film director, screenwriter, editor (b at St John's, NL 24 May 1946). William D. MacGillivray studied art and design at the Nova Scotia College of Art and at Concordia (then called Sir George Williams University), and filmmaking at the London School of Film Technique (now the London International Film School) in England in 1972. He was one of the founding members of the Atlantic Filmmakers Cooperative in 1974. After making several shorts, MacGillivray established his own style in Aerial View (1979), a medium-length film about an architect trying to cope with professional disappointment and the breakdown of his marriage.

In 1980 MacGillivray founded his own production company, Picture Plant, for which he wrote and directed 4 feature films - STATIONS (1983), Life Classes (1987), The Vacant Lot (1989) and Understanding Bliss (1990) - that explore the relationships between art and life. In these films, MacGillivray developed a distinctive style in which a slow pace allows the camera to explore the environment in which the characters exist. Typically, the basic narrative situation is simple but is represented in a non-linear structure that brings out its broader cultural implications.

MacGillivray says that he wants people to be aware they are watching a film, and that his films become reflexive studies of the way images work in contemporary culture. Life Classes, for example, deals with a single mother who seeks her own independence and identity as a painter at a time when the electronic communications media are transforming both the remote Cape Breton community in which she lives and the values traditionally associated with high art.

MacGillivray has continued to work in Nova Scotia and his later work has been in documentary films that examine regional differences and the relations between the margins and the centre in Canada as well as in the emerging "global village." Similar concerns are addressed in his documentaries, including I Will Not Make Any More Boring Art (1988), about intellectual turbulence at the world-famous Nova Scotia College of Art and Design, and For Generations to Come (1994), a feature-length NATIONAL FILM BOARD (NFB) documentary on the family in Canada. In 1996 he made Gullage's, a 13-part CBC television comedic series about a dysfunctional taxi company in St John's.

In 2005 William D. MacGillivray released 2 feature-length documentaries co-produced by Picture Plant and the NFB: Reading Alistair MacLeod, an exploration of the creative world of the Canadian writer, and Silent Messengers, which depicts ethnographer Norman Hallendy's Arctic journey and his interactions with Inuit artists and their culture. MacGillivray's film The Man of a Thousand Songs, about Canadian singer-songwriter Ron Hynes, was released in 2010.