In 1932, the Canadian Press polled the country’s sportswriters for the first time, asking who they considered the country’s best female and male athletes of that year. “Sports writers across Canada were as unanimous as sports writers can be today that Hilda Strike of Montreal, … who ran at the Olympic Games last summer, was Canada’s greatest woman athlete in 1932,” announced the Globe and Mail on 31 December 1932. (Golfer Ross “Sandy” Somerville was named male athlete of the year.) 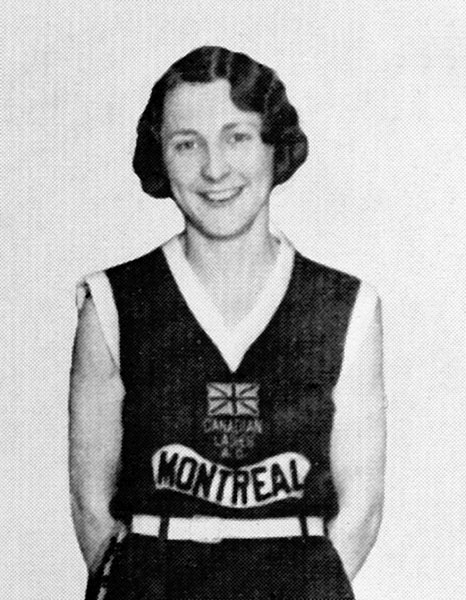 Since then, Canadian sportswriters have voted annually for Canada’s top female athlete, with a few exceptions. During the Second World War, sportswriters suspended the poll between 1942 and 1945, since “athletes at home could not rate as heroes while young Canadian pilots, paratroopers and corvette gunners fought for freedom in the shadow of death.” In 1950, sportswriters voted for top Canadian woman athlete of the half-century rather than top athlete of the year. Bobbie Rosenfeld topped that poll, beating out figure skater Barbara Ann Scott by only one vote.

The following year, the Canadian Press asked women editors to choose the most outstanding Canadian women in sport (golfer Marlene Stewart), literature and art (novelist Gabrielle Roy), music (violinist Betty-Jean Hagen) and public affairs (Ottawa mayor Charlotte Whitton), as well as a woman of the year (Whitton). Although this poll is not considered part of the history of the Bobbie Rosenfeld Award, it is noteworthy that Stewart (later Stewart Streit) was named top athlete by women editors in 1951. She went on to win a record five times as Canada’s top female athlete, as voted by Canadian sportswriters (1952, 1953, 1956, 1957, 1963).

In 1999, alpine skier Nancy Greene was voted Canada’s female athlete of the century, ahead of rower Silken Laumann, who came second in the poll. Greene also won as athlete of the year in 1967 and 1968. Other multiple winners include figure skater Barbara Ann Scott (1946, 1947, 1948) and speedskater Catriona Le May Doan (1998, 2001, 2002). In 2008, wheelchair racer Chantal Petitclerc became the first para-athlete to be named Canada’s top woman athlete of the year.

The title has been shared once: in 1971, pentathlete Debbie Van Kiekebelt and high jumper Debbie Brill received an equal number of voting points and were declared cowinners.

When Did It Become the Bobbie Rosenfeld Award?

Between 1932 and 1977, the Canadian Press simply announced the poll winner as Canada’s top female athlete. However, in 1978, they presented the Bobbie Rosenfeld Award to pentathlete Diane Jones-Konihowski. It was the first time that the winner of the poll received the award.