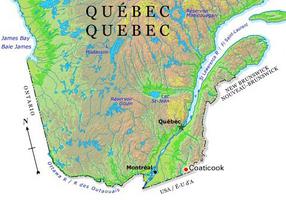 Coaticook, Qué, Town, pop 9204 (2006c), 8988 (2001c), inc 1884. Coaticook is located in the centre of a rich farming area, about 45 km south of Sherbrooke and about 20 km from the American border. This small commercial, industrial and administrative centre, the county seat of the regional municipality of Coaticook, is known as the Perle des Cantons de l'Est because of the gemlike quality of its natural setting. The name Coaticook is of Abenaki origin, from Koatikeku, meaning "river of the land of pine trees."

Like most localities in the Eastern Townships, the history of Coaticook starts out in English and ends up in French. The early pioneers were for the most part of American or British origin. The town's founder was Richard Baldwin, Sr, who built a house there in 1830. Coaticook's main industrialists were Samuel Cleveland, Ezechiel Page, Lewis Sleeper, and Arthur O. Norton and his son Harry A. Norton.

Marcus Child, a colourful politician of the Patriotes, settled in Coaticook in 1840 after his short-lived exile to the United States. He operated a general store, produced potash and managed a carding mill. The St. Lawrence and Atlantic Railroad went through Coaticook in the early 1850s. The industrial and commercial development that followed attracted hundreds of French-Canadian workers, greatly changing the demographic and cultural character of the town.

The Rivière Coaticook winds its way through the town and cuts through 50 m of rock at the magnificent Gorge de Coaticook. The world's longest pedestrian suspension bridge (169 m) spans the gorge. The park around the gorge has hiking and cross-country skiing trails that link up with a regional network. Also in the park is a replica of a round barn and a covered bridge built in 1887.

A heritage walking tour of the town allows visitors to discover the former Sisco Memorial Church, now the Coaticook Arts and Culture Pavilion; the Collège Rivier, a 125-year-old building which accommodates a summer theatre; and the old train station. Château Norton, a 1912 mansion built by the Norton family, houses Musée Beaulne, specializing in period costumes and antique textiles. 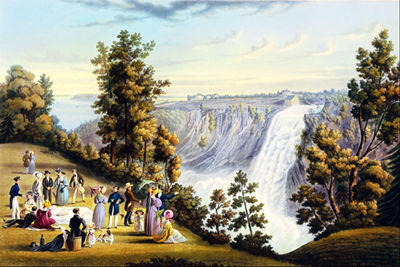