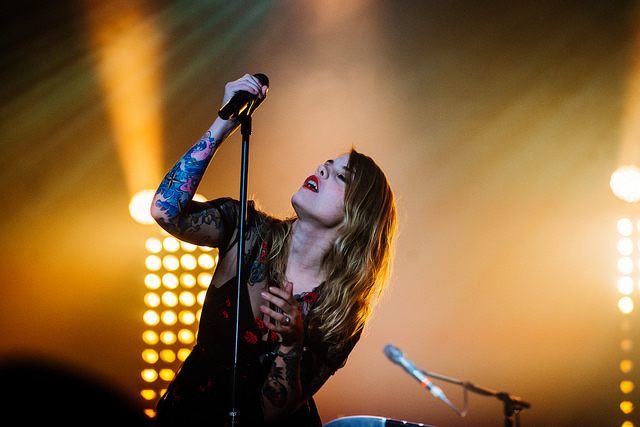 Béatrice Martin is the eldest daughter of Nicolas Martin, a computer engineer, and of Élise Desjardins, a classical pianist, chamber music artist and accompanist. At the age of three, Béatrice learned the rudiments of the piano. Her mother attached a great deal of importance to developing her musical skills. However, the necessary discipline, which involved many sacrifices, weighed heavily on the young musician.

At the age of nine, Martin joined the Conservatoire de musique et d’art dramatique du Québec, but gave up piano lessons around the age of 14. As an adult, she would be grateful to her mother for forcing her to practise her scales, for she realized quite early on that it was through her musical talent that she could best express what she feels. It was also thanks to these skills that she would grow up to pursue an international musical career.

Throughout her childhood and adolescence, Martin lived with a malaise whose source she was unable to identify. While a student at Collège Jean-de-Brébeuf, she found consolation in automatic writing. To give vent to heartache, she started writing a poem in English that she finished in one sitting (a piece she would never show anyone). She realized that she had tapped into one of her creative forces. From that day on, she would turn to paper and pen to calm her anxieties.

Martin was a fan of the works of Leonard Cohen, Jacques Brel, Charles Aznavour and Stromae, and found in these artists a source of inspiration to write her first songs. At the age of 18, she was the keyboard player for the music group Bonjour Brumaire. It was at this time that her younger sister, Gabrielle, convinced her to release one of her first pieces, entitled “Comme des enfants,” on her MySpace page.

She was quickly discovered by the Quebec record label Grosse Boîte, which offered to publish an album. Martin composed her first music project, naming it after the character she would like to become because of both its vengeful and its romantic sides: Cœur de pirate.

Three months later, she found herself in a studio to record an album that would be released in Quebec in September 2008 and in France in April 2009.

The album, which sold almost 600,000 copies, met with near unanimous success and skyrocketed the young singer into the spotlight in numerous television appearances, both in Quebec and in France. She won the Félix Award for Debut Artist of the Year in 2009. That same year, her album was nominated for a Juno Award in the Francophone Album of the Year category. In 2010, her song “Comme des enfants” was named best original song of the year by French listeners at the 25th edition of the Victoires de la musique.

Cœur de pirate released her second album, Blonde, in 2011. Favouring a more polished sound and juggling the themes that still concerned her the most, namely breakups and love, the singer charmed her audience with songs such as “Adieu,” “Golden Baby” and “Cap Diamant.” The album won her three Félix Awards and an Indie, as well as a graphic design award for the cover art in 2012. Simultaneously, she collaborated on other projects such as a compilation of English covers for the fifth season of the Quebec television series Trauma, written by author Fabienne Larouche, on which other artists (such as Ariane Moffatt) had previously sung. This soundtrack would earn her another Juno nomination, this time in the Adult Contemporary Album of the Year category. 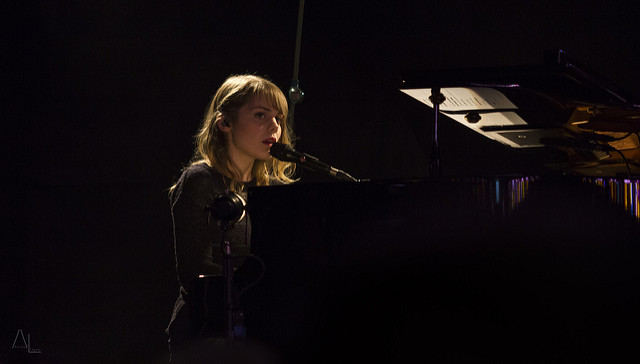 In 2012, the birth of her daughter, Romy, transformed the impulse of her writing. Cœur de pirate no longer wished to play the “broken girl card” or to vent her frustrations in her songs, as she had done with “Adieu” on the Blonde album.

To achieve the right direction and polish for her new album, she called on two highly skilled producers, the Swedish Björn Yttling, who had worked with Lykke Li, and the British Ash Workman, Roses was released in early September 2015. In it, Cœur de pirate’s fans discovered a woman who had matured and blossomed.

In a December 2015 interview with TV5 reporter Patrick Simonin, Cœur de pirate talked about the difficulty of having grown up in the public eye:

“I didn’t realize the effect that it really had on me, on how I was… without friends, without a home base and all. I was doing wonderful things. I had the best job in the world, but I didn’t really have a home.… I had these ties, but the connection wasn’t there. I connected with the audience, but not on a personal level.”


She meditated on these thoughts in songs such as “Crier tout bas” and “The Way Back Home,” which she dedicated to her daughter. The singer also explored the theme of parent-child relations in her song “Drapeau Blanc,” which expressed her love — tense at times, but unconditional — for her mother.

This bilingual album, with its more modern slant, marked a turning point in Cœur de pirate’s career, allowing her to break into the English Canadian and American markets. Indeed, her shows drew large crowds, selling out in Seattle, San Francisco, Los Angeles, New York and Washington. She was also nominated for a Juno Award in the Fan Choice category in 2016.

In 2016, she participated in the musical project Les souliers rouges, inspired by the Michael Powell and Emeric Pressburger film The Red Shoes, based on a famous Hans Christian Andersen story. Written by singer-songwriter Marc Lavoine and set to music by Fabrice Aboulker, the album contains 15 songs performed by Marc Lavoine, Cœur de pirate, and the singer-instrumentalist Arthur H.

After the June 2016 shooting of some members of the LGBTQ2 community in a nightclub in Orlando, Florida, Cœur de pirate felt the need to reveal, in an open letter, that she is queer, later stating that she is first and foremost attracted to the person, regardless of their gender or sexual identity (see LGBTQ2 Rights in Canada). The mixed reaction of some of her fans to this news upset her greatly, and she decided to withdraw from the public eye for a time.

Finding it difficult to deal with her fears and doubts, Cœur de pirate gradually turned to alcohol and sank into depression. At the same time, she was faced for the first time with writer’s block, forcing her to question the future of her career. Out of love for her daughter, she tried to regain her courage. Ultimately, it was thanks to the invitation of the French television channel M6 to become a judge on the television show Nouvelle Star that she regained control of her life.

Uncertain at first, Cœur de pirate decided to accept the challenge. It was seeing a young Venezuelan performer, Yadam Andrés, sing her song “Crier tout bas” that renewed her interest in her own musical career.

In 2018, Cœur de pirate released a new album, entirely in French, called En cas de tempête, ce jardin sera fermé. In it, she evoked solitude, toxic love, and assault — very intimate subjects that she dared to speak of openly thanks to the #MeToo movement that emerged out of the Harvey Weinstein affair in the United States.

In an interview with a La Presse reporter, she stated the following in reference to her song “Je veux rentrer”: “I never would have been able to talk about it by myself. I salute the strength of the women who came forward and named their aggressors. I think that is extremely courageous. I did it through music because music is a part of me. I dealt with the trauma in my own way.” Cœur de pirate made a comeback with yet another solid, convincing album. She spent 2018 touring Quebec and France, where she performed her show at the Olympia in Paris. 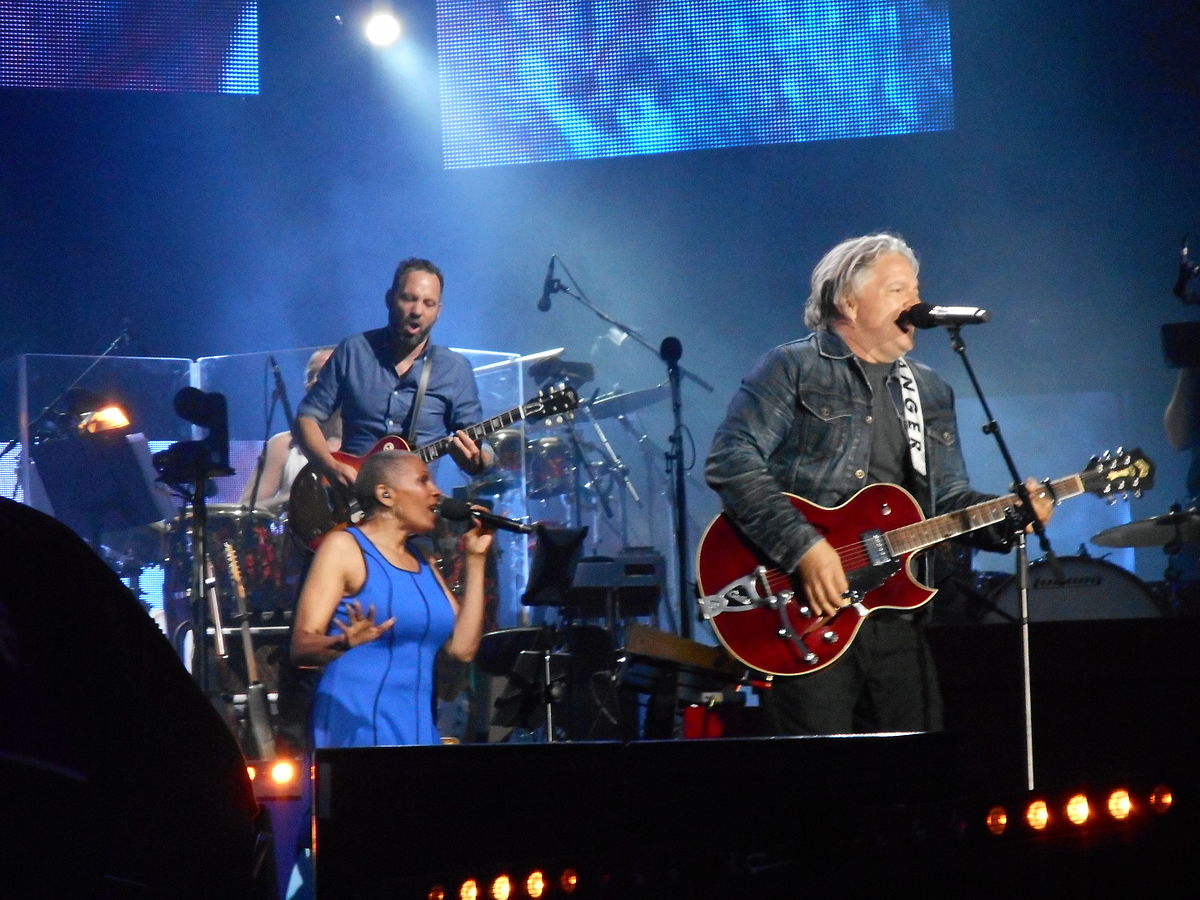 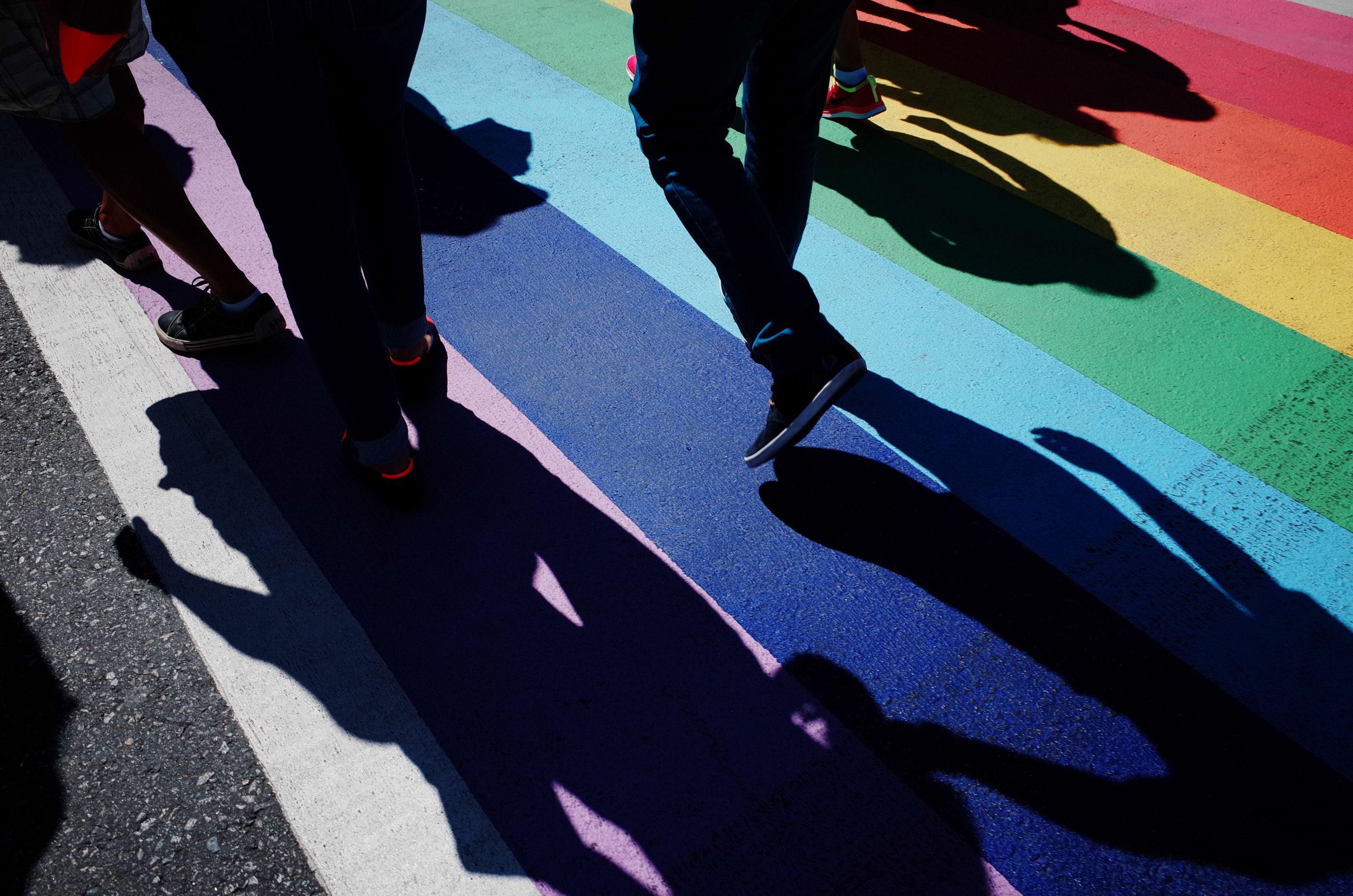