Important events related to the LGBTQ2S community in Canada. 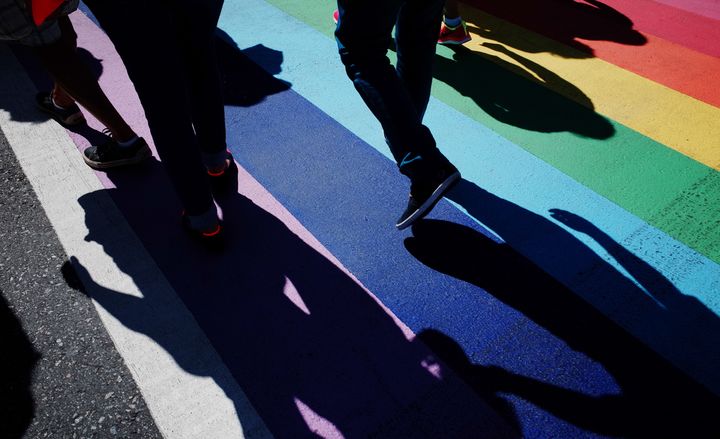 Sculptor Frances Loring, who was a founding member of the Sculptors' Society of Canada, was born at Wardner, Idaho. 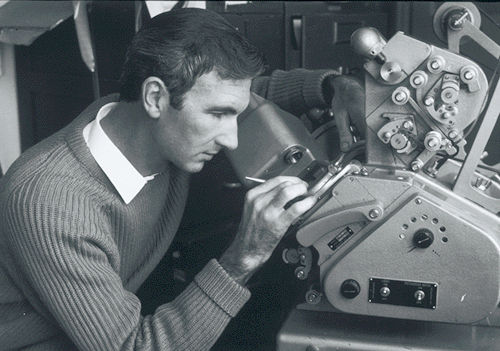 Hayward and Watson, partners in business and life, published their book Romantic Canada. The book uses photographs and text to depict rural life in Canada, highlighting people that were not usually shown at the time. 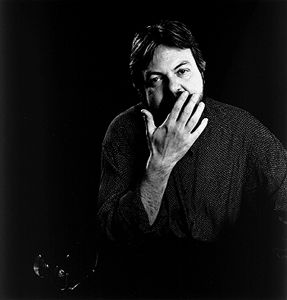 Michel Tremblay, whose first widely produced play, Les Belles-soeurs, opened the floodgates of theatre in Canada, was born at Montréal.

Publisher Nicole Brossard, who is a leading exponent of formalist poetry in Québec and a major theoretician and promoter of literary and cultural feminism, was born at Montréal.

Everett George Klippert is declared a dangerous sexual offender and sentenced to what amounted to life in prison, for no other reason than he was homosexual. Outrage over that sentence, upheld by the Supreme Court in 1967, led to the decriminalization of homosexual acts two years later. In 2016, Prime Minister Justin Trudeau indicated he would recommend a pardon for Klippert and consider pardoning all men who were charged, convicted and punished simply because they were gay.

Formed by Maurice Flood in Vancouver, GATE is one of the first Canadian Gay liberation groups.

The Body Politic, established in Toronto in 1971 is published until 1987. Today, its publisher, Pink Triangle Press, puts out DailyXtra, with editions in Toronto, Ottawa and Vancouver.

Pink Triangle Press founded the Canadian Lesbian and Gay Archives in 1973, which today is a respected and historically important collection of LGBT material.

The Brunswick Four Thrown Out of Toronto Bar

Adrienne Rosen, Pat Murphy, Sue Wells and Lamar Van Dyke were thrown out of a Toronto bar and charged by the police. Known as the Brunswick Four, the case raised awareness about homophobia and harassment in Canada.

Québec amended its Charter of Human Rights and Freedom to prohibit discrimination based on sexual orientation.

Toronto police descended on four Toronto bathhouses and rounded up close to 300 men. Such raids were a fixture on the gay scene, as police used a questionable interpretation of the term “bawdy house” to justify their actions.

In the spring of 1988, British Columbia MP Svend Robinson came out as Canada's first openly gay member of parliament.

Dr. Peter Jepson-Young died in Vancouver, British Columbia at age 35. An AIDS activist, he is known for presenting the Dr. Peter Diaries that shared his experience with AIDS, in order to educate Canadians about the disease.

In 1982, Canada repatriated its Constitution and adopted the Charter of Rights and Freedoms, which became the basis for many future equality decisions. It was not until 1995, however, that the Supreme Court ruled that Section 15 of the Charter — which guarantees the "right to the equal protection and equal benefit of the law without discrimination” — should include sexual orientation, even though it is not specifically named in the section. The following year, sexual orientation was added to the Canadian Human Rights Act, which covers federally-regulated activities. 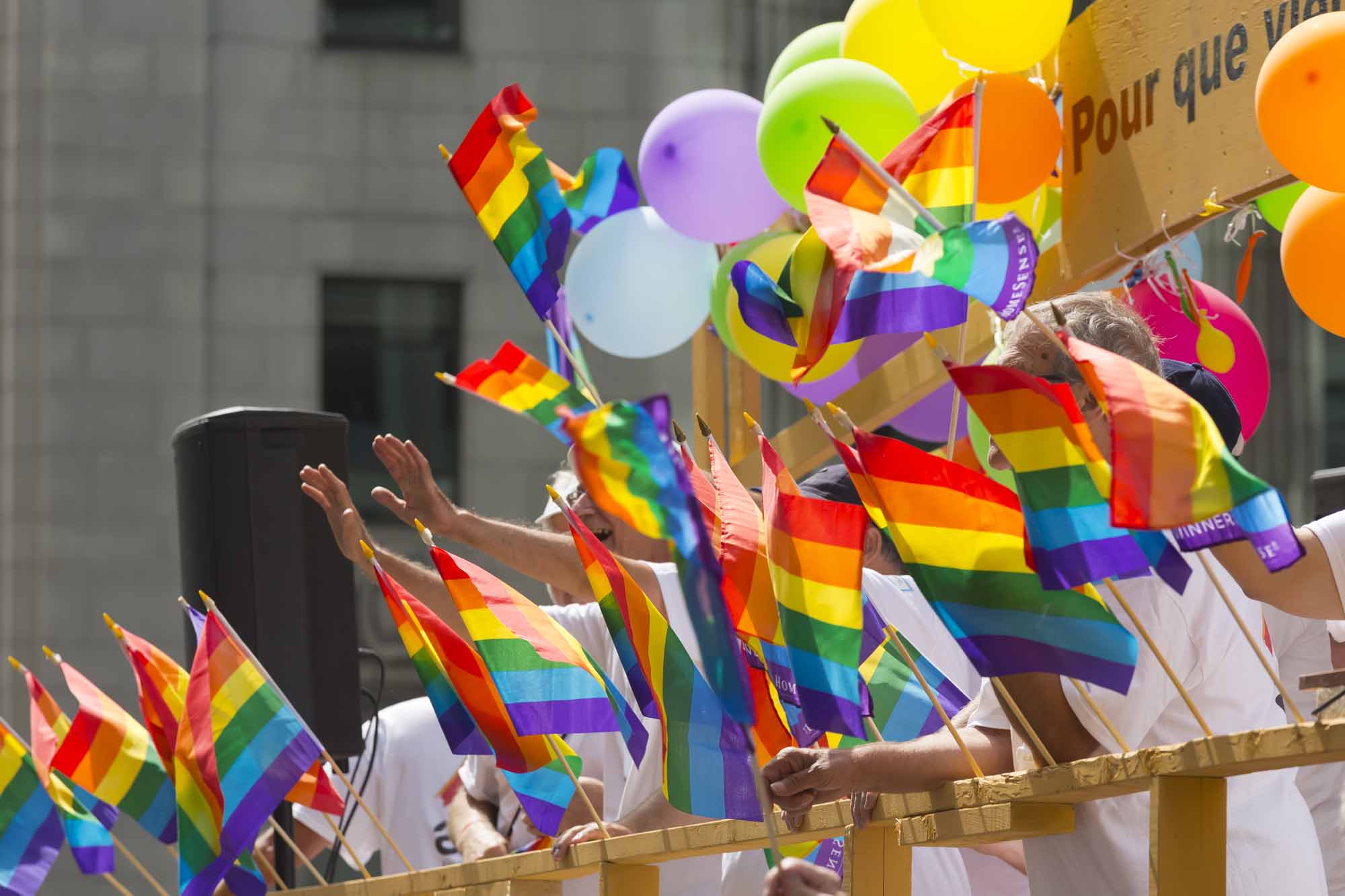 The federal government agreed to extend benefits to same-sex partners of government employees.

In 1998, Glenn Murray became the first openly gay mayor of a major city in North America when he was elected mayor of Winnipeg.

The Supreme Court of Canada struck down the definition of the term "spouse" in Ontario law under which homosexuals were denied the right to sue for spousal support.

Gay publications are protected by the freedom of speech and expression

The Supreme Court ruled in favour of Vancouver's Little Sister's bookstore that gay publications, even sexually explicit ones, were protected under freedom of speech provisions in the Charter of Rights and Freedoms. The store had filed suit against Canada Customs for repeated seizures of LGBT material.

A Court of Appeal ruling legalized same-sex marriage in Québec.

Writer Nicole Brossard won the $50,000 Canada Council Molson Prize for her contribution to the cultural and intellectual heritage of Canada.

Angela James is inducted into the Hockey Hall of Fame

Known as "the Wayne Gretzky of women's hockey," Angela James was a pioneering and dominant force in women's hockey during the 1980s and 1990s. James led the Canadian women’s hockey team to four world championships (1990, 1992, 1994, and 1997). She was also one of the first three women to be inducted into the International Ice Hockey Federation Hall of Fame. When James was inducted into the Hockey Hall of Fame (in Toronto) in 2010, she was one of the first two women, the first openly gay player, and the second black athlete to ever be inducted. 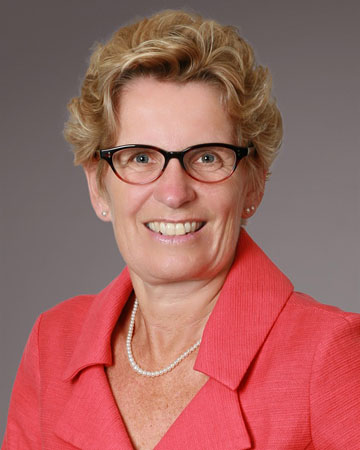 Kathleen Wynne was sworn in as Ontario’s twenty-ninth premier, making her the province’s first female and the first LGBTQ premier.

An LGBTQ pride celebration — believed to be the first on-reserve event of its kind in Canada — was held at the Six Nations of the Grand River First Nation in Ontario. Remarks from local leaders including Chief Ava Hill honoured the community's two-spirited people. 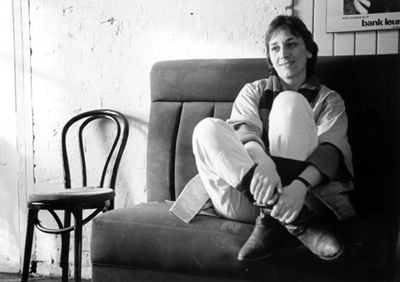 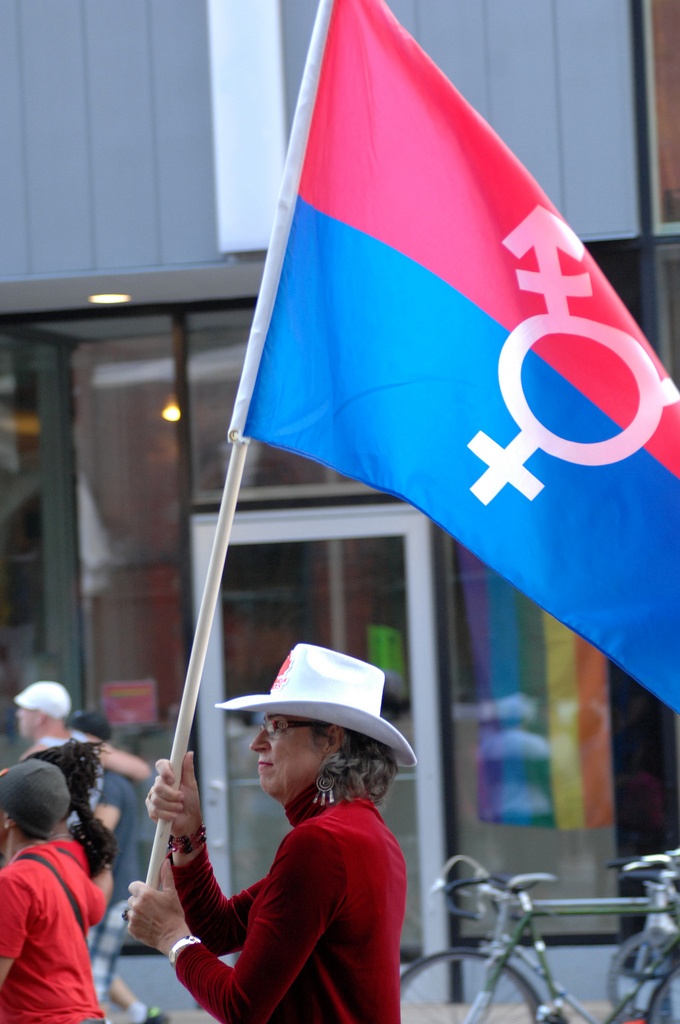 On the International Day Against Homophobia, Transphobia and Biphobia, Liberal justice minister Jody Wilson-Raybould introduced legislation to protect the rights of transgender Canadians. If passed, the bill would make it illegal to deny someone a job or discriminate against them in the workplace based on their gender identity or expression. The Criminal Code would also be updated to protect transgender individuals from being targeted by hate propaganda and hate crimes.

At the federal Conservative Party convention in Vancouver, members voted to end the party’s opposition to same-sex marriage by deleting the definition of marriage from its official policy. Many Conservatives spoke out in support of the values of equality and respect embodied in this decision. Same-sex marriage has been legal across Canada since the Civil Marriage Act was passed in 2005.

To kick off Canada’s first-ever Pride Month, and for the first time in Canadian history, the Pride flag was raised on Parliament Hill by Prime Minister Justin Trudeau. A year later, the Transgender Pride flag was also raised, on June 1, 2017. 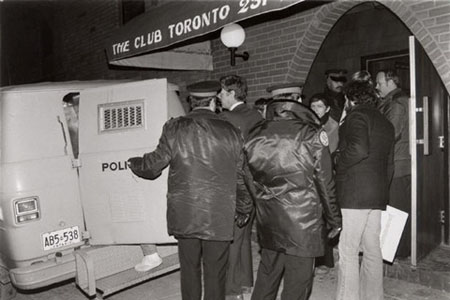 Toronto police chief Mark Saunders publicly expressed "regret" on behalf of his force for the 1981 bathhouse raids. On 5 February of that year, Toronto police officers arrested about 300 gay men on charges of being found in a common bawdy house or keeping a common bawdy house. Most of the charges were dropped, but the raids further persecuted and marginalized a group whose rights were largely unprotected in Canadian society of the time. They also spurred a new era of political activism in the city’s LGBT community.

The Government of Ontario announced that as of 2017, drivers have the option to display an “X” (for unspecified) on their driver’s licences. Additionally, “F” and “M” markers have now been removed from all new provincially-issued health cards. The government wishes “to ensure the fair, ethical and equitable treatment of people with trans and non-binary gender identity.” 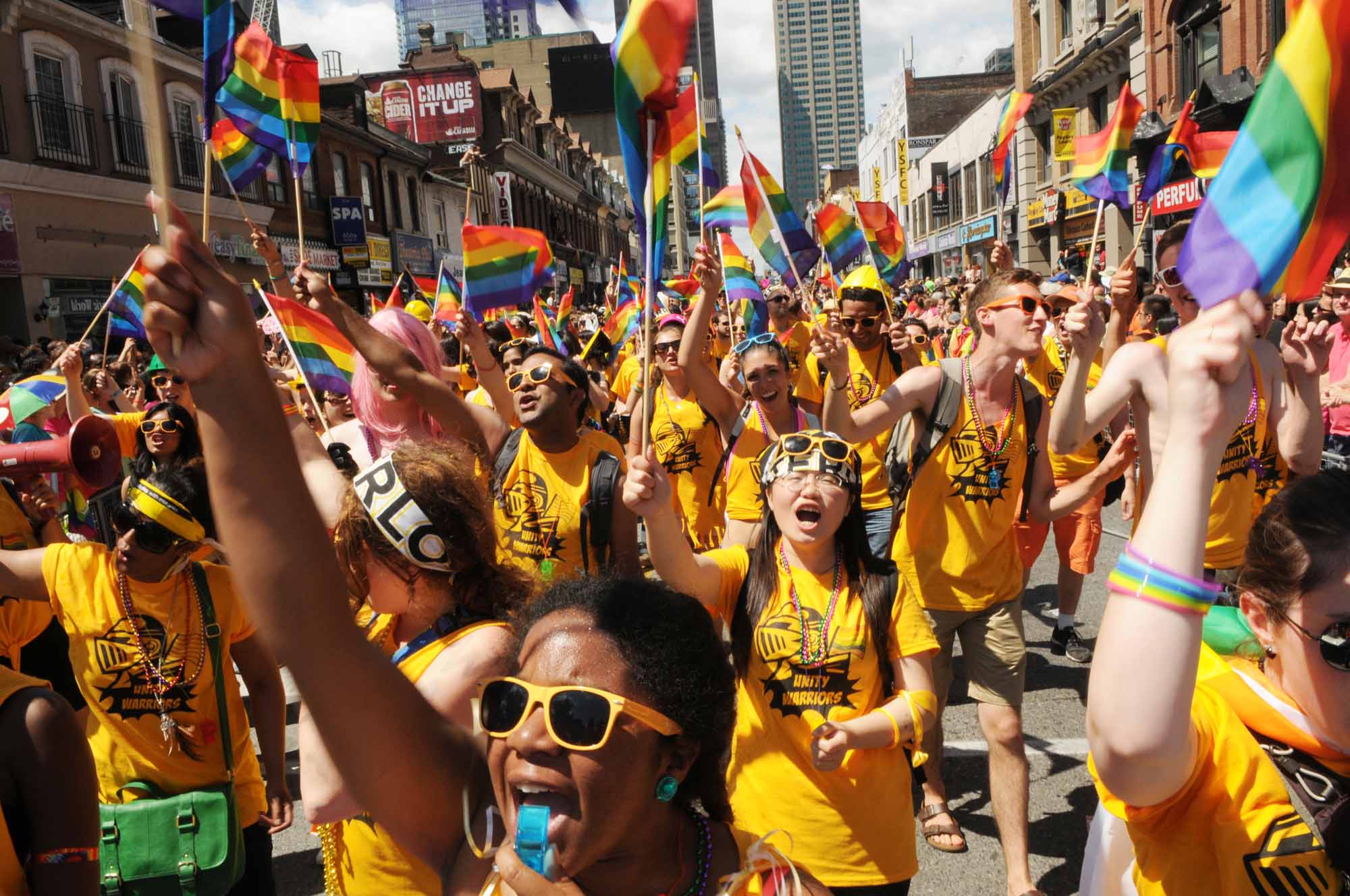 An eventful Pride Parade in Toronto marked the culmination of the first-ever Pride Month in Canada. Justin Trudeau became the first sitting prime minister to march in the parade. Activist group Black Lives Matter staged a blockade that stalled the event until Pride Toronto’s executive director had signed a list of demands put forward by the group (the most controversial of which was that police floats be barred from future parades). Though Black Lives Matter hailed it as a victory, Pride Toronto later characterized the signing of the list as the start of a “conversation” that enabled the parade to continue, not as a binding agreement.

The first Pride march in Steinbach, Manitoba, brought an estimated 3,000 to 5,000 people to the city of about 13,000 residents. Many travelled from other parts of the country to support the local LGBTQ community in its first public celebration. Organizers faced hurdles getting the necessary permissions for the event, and the city’s mayor, member of Parliament and member of the Legislative Assembly all announced they would not attend. Prior to the march, the traditionally conservative community drew national attention when education officials denied requests to adapt the curriculum to discuss differences in sexual orientation and gender.

Ontario passed Bill 28, the All Families are Equal Act, giving all parents equal rights under the law, “whether they are LGBTQ2+ or straight, and whether their children were conceived with or without assistance.”

Actor Gabrielle Tremblay, from Québec, became the first transgender woman actor to be nominated at the Canadian Screen Awards. She was nominated for “Performance by an Actress in a Supporting Role” for her work in Those Who Make Revolution Halfway Only Dig Their Own Graves, directed by Mathieu Denis and Simon Lavoie.

First Canadian to be issued identification card without gender marker

Searyl Atli Doty, a child from British Columbia, became the first Canadian to be issued an identification card without a gender marker. Instead of an “F” (female) or “M” (male), Doty’s health card is marked with a “U” for undetermined or unassigned. Doty’s parent, Kori Doty, requested that gender be withheld from the child’s birth certificate — a request that was previously denied by the government. Doty’s case is currently under review by the British Columbia Human Rights Tribunal.

Bill C-16 passed by the Senate

The Government of the Northwest Territories (NWT) introduced two important changes to the Vital Statistics Act. Firstly, NWT residents can now use a single traditional name as their legal name on identification documents, a change that supports the efforts of Indigenous peoples to reclaim their traditions and culture. Secondly, individuals born in the NWT can now apply to change the gender on their birth certificate without having to undergo gender reassignment surgery. Additionally, those who identify neither as male nor as female can choose a third option, gender X, if they were born in the NWT. This change aims to “promote inclusion and fight discrimination against transgender and non-binary people.” The NWT is the first province or territory to recognize gender X on birth certificates.

Canadians can now choose to have an “X” (for unspecified) on their official documents. This measure aims to make it easier to obtain passports and travel and immigration documents that better reflect an individual’s gender identity or expression.

According to the Globe and Mail, Canada welcomed some twenty LGBTQ2 Chechen refugees over the summer of 2017 through a one-of-a-kind underground program. The strategy was kept secret by the federal government and NGOs (including Toronto-based organization Rainbow Railroad) assisting LGBTQ2 individuals attempting to flee persecution in their home countries.

Julie Lemieux became the first transgender person elected to the head of a municipality in Québec and in Canada. During local elections in Québec, she was elected mayor of Très-Saint-Rédempteur in Montérégie. She was previously elected city councillor in 2013.

Prime Minister Justin Trudeau apologized for discrimination done or condoned by the Federal government and its agencies against LGBTQ2S Canadians. The apology came with a $145 million compensation package.

Pride Toronto Votes to Keep Police Out of Parade

Members of Pride Toronto voted 163–161 to prevent uniformed police officers from participating in the city’s annual pride parade and related events, reversing a decision made by Pride Toronto’s board of directors in October. Police were barred from marching in the parade in 2017 and 2018 in response to a Black Lives Matter protest that halted the parade in 2016. Members of Toronto’s LGBTQ2+ community were also critical of the Toronto Police Service’s handling of several disappearances and murders in Toronto’s gay village.