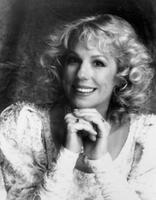 Edith Wiens, soprano (b 9 Jun 1950 at Saskatoon, Sask). Wiens is the daughter of a Mennonite preacher. She attended Bible College in Vancouver, studied in Hanover, Germany, and completed her Master's degree at Oberlin. In 1979 she won the gold medal in the Robert Schumann Music Competition in Zwickau, Germany. Wiens' beautiful, versatile voice and assured musicality embrace a vast repertoire from the baroque to the contemporary. Although described as a lyric soprano, she has a power and flexibility in the dramatic roles. She regularly performs with the world's foremost conductors and orchestras, including the New York, Berlin, London, Munich, Israel, Boston, Chicago, Toronto, Montréal, San Francisco, Dresden and Cleveland Orchestras. She has also appeared at the Salzburg, Lucerne, Tanglewood, Dresden, Berlin, Vienna, Montreux and Schleswig-Holstein Festivals and the London Proms. Operatic appearances include principal roles at Glyndebourne, La Scala, the Santa Fe Opera and Buenos Aires's Teatro Colon.

Wiens is especially renowned as a lieder singer, and her recordings of songs by Richard Strauss, Schubert and Schumann have received superlative reviews, noting the tenderness of her voice in the upper register and her scrupulous interpretation of the texts. Wiens is Professor of Voice at the Robert-Schumann-Hochschule in Dusseldorf.