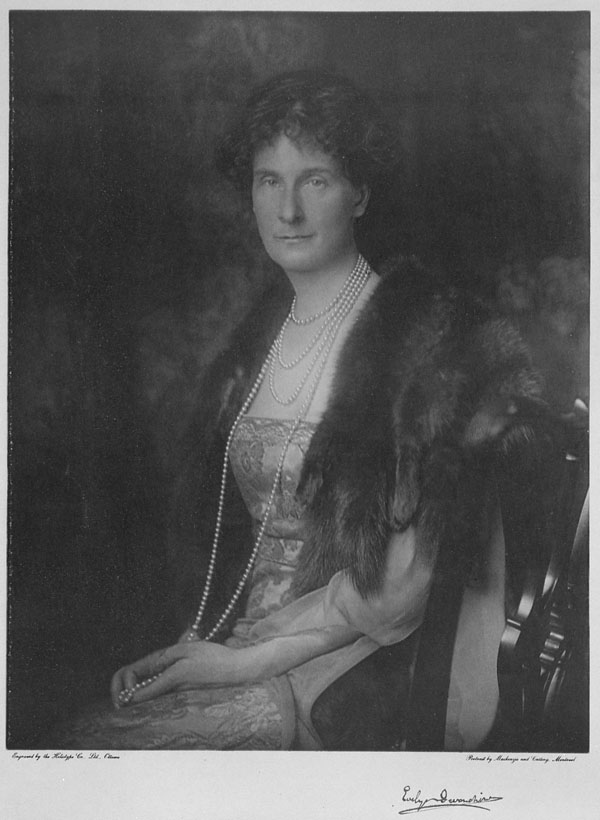 Evelyn was the elder daughter of Henry Charles Keith Petty-Fitzmaurice, 5th Marquess of Lansdowne and 6th Earl Kerry (1845–1927), and Lady Maud Evelyn Hamilton (1850–1932). When Evelyn was 13, her father Lord Lansdowne was appointed Governor General of Canada (1883–88) and she accompanied her parents to Rideau Hall. In Canada, the family enjoyed salmon fishing holidays on the Cascapédia River in Quebec. Lansdowne became Viceroy of India in 1888, and Evelyn lived there with her family for a short time before returning to London for her social debut and presentation to Queen Victoria.

On 30 July 1892, Evelyn married Victor Christian William Cavendish (1868–1938), who succeeded his uncle as the 9th Duke of Devonshire in 1908. The couple resided at Chatsworth House in Derbyshire, Lismore Castle in Ireland and Devonshire House in London.

Dorothy became engaged to one of her father’s aides-de-camp, the future British Prime Minister Harold Macmillan, while in Canada in 1919. Maud married another aide-de-camp, Captain Angus Mackintosh, at Christ Church Cathedral in Ottawa on 3 November 1917. The reception took place at Rideau Hall. The Toronto Globe described the event as “one of the most notable weddings ever witnessed in Canada, Lady Maud Cavendish being the ﬁrst daughter of a ruling Governor-General to be married in the Capital.” The bride received what Evelyn described as “an all Canadian trousseau” created by local designers. 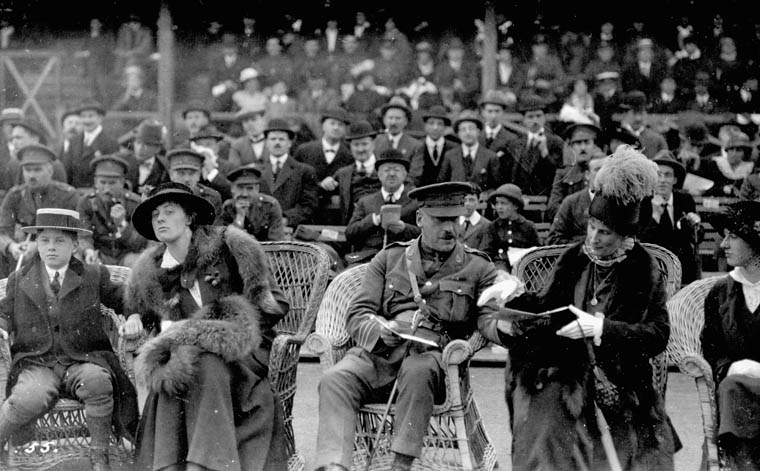 Although she was familiar with Canada from her adolescence, Evelyn attempted to dissuade her husband from accepting the position of Governor General because the appointment would take them far away from the management of their estates and the care of their elderly parents as well as their eldest son, who was serving with his regiment in France.

As viceregal consort, Evelyn’s social calendar initially revolved around wartime charity events, although she was less active in supporting wartime causes than her predecessor, the Duchess of Connaught. She became a patron of the May Court club, a women’s service organization founded by Lady Aberdeen, and visited hospitals, convalescent homes and Red Cross offices with her daughters. In 1918, she attended the first Canadian conference of women’s organizations as president of the Canadian Red Cross and the Victorian Order of Nurses. She also met with prominent Canadian women, including suffragist Nellie McClung.

Evelyn was a gracious host at Rideau Hall, where she held twice-weekly dinners for ministers as well as Saturday afternoon skating parties. In 1918, she planted a ceremonial tree — a sugar maple — on the grounds, becoming the first woman to do so (the tradition of ceremonial tree planting at Rideau Hall began in 1906). Macmillan described the atmosphere at Rideau Hall as “a large and cheerful house-party with the family, a continuous flow of guests, young and old, and our own very congenial staff.” From 1918, no alcohol was served there because of the federal Prohibition legislation that remained in force until 1920. Evelyn observed that government ministers did not follow their example but instead “have ﬁlled their cellars extra full, as one can’t buy drinks in the clubs.”

The Duke and Duchess of Devonshire hosted the future King Edward VIII at Rideau Hall twice during his 1919 cross-country Canadian tour. Evelyn was concerned about the Prince’s reputation, writing to her husband before the tour, “If he is likely to be naughty he had far better stay away as we don’t want scandals in Canada.” However, the tour was a success and Evelyn concluded, “The whole of Canada has gone crazy over him and we think his visit will do lots of good.”

Evelyn found Ottawa noisy and the location of Rideau Hall “suburban,” but she enjoyed extended visits to Quebec, renting (and later purchasing) a summer house at Blue Sea Lake in the Gatineau Hills. According to Evelyn, her children loved these summer vacations on the lake “paddling about in canoes in their bathing clothes.” She also wrote to her mother-in-law about watching the Northern Lights from the veranda, “like great search lights over the hills.”

Evelyn found extended travel exhausting and she was uncomfortable with public speaking. However, she recorded extensive observations of Canadian society in her correspondence. Evelyn wrote to her mother-in-law from northern Ontario in 1917, “We have been down gold mines and silver mines, over pulp and paper works, to Indian settlements and returned soldiers’ training farms besides receiving a great many addresses at railways and listening to a great many school children singing ‘God Save the King, and ‘Oh Canada’ [sic], a tiresome little song which is becoming their national anthem.” Evelyn also visited Washington privately in 1917 and officially in 1918, and met with President Woodrow Wilson. 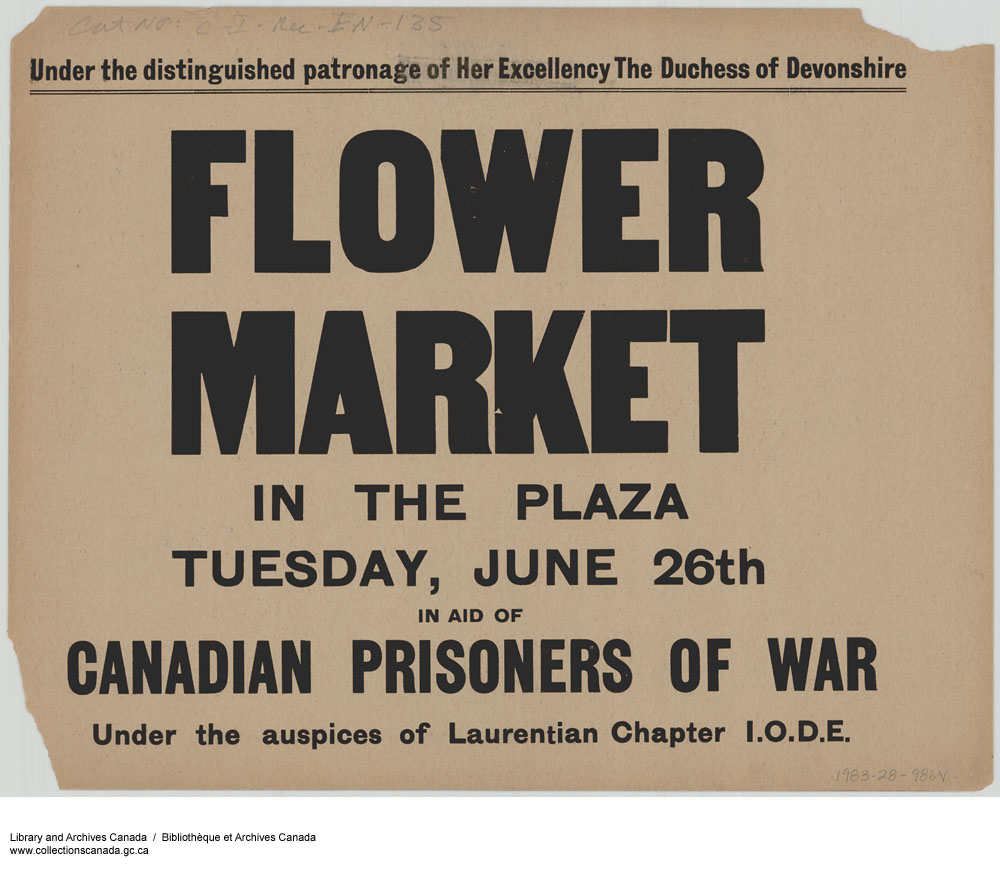 Mistress of the Robes to Queen Mary

Evelyn was a childhood friend of Princess Mary of Teck (the future Queen Mary) and served as her Mistress of the Robes, the most senior position in the Queen’s household, from the accession of King George V in 1910, until Queen Mary’s death in 1953 (with the exception of the five years that Evelyn resided in Canada as vice regal consort). As Mistress of the Robes, Evelyn arranged the schedule of ladies-in-waiting and attended the Queen at State ceremonies. In 1937, Evelyn became the first woman outside the royal family to be appointed a Dame Commander of the Royal Victorian Order, in recognition of her service to Queen Mary.

Evelyn resided at Hardwick Hall after the death of her husband in 1938. She was a skilled embroiderer and gardener and restored the tapestries in the Great Chamber in addition to planting a rose garden that exists to the present day. She was interviewed in 1956 by James Pope-Hennessey, the official biographer of Queen Mary. Pope Hennessey described the Duchess as “a tall, alert, fine-looking…old lady, with thinning white hair and a great winningness of manner; a very acute face.” She remained at the estate until her death in 1960.