The Arctic Archipelago — the world’s second largest high arctic land area — consists of 94 major islands, some of which are included in the Northwest Territories. Banks Island, the northeastern part of Victoria Island, the western part of Melville Island and the Parry Islands lie within the territories’ border.

Ice never disappears from the northwestern-most islands and covers all the surrounding seas for much of the year, severely limiting navigation. The southeast sector of the Archipelago is not as cold, however, because of its proximity to the open waters of the North Atlantic. With its higher elevation, it receives higher precipitation than elsewhere in the Arctic, which overall is among the driest areas of Canada.

The Archipelago differs from the other two regions of the NWT in that summers remain cool, averaging only 10°C in July over most of the area because of the surrounding cold waters. The great contrast between the long days of summer and the short (even nonexistent) days of winter reflects the high latitude. Severe climate and permafrost result in very poor soil development. Vegetation is tundra, varying from low bush to grass, but even this limited vegetation is lacking in certain areas. The territories’ first national park, Aulavik, was established in the Archipelago on Banks Island in 1992. 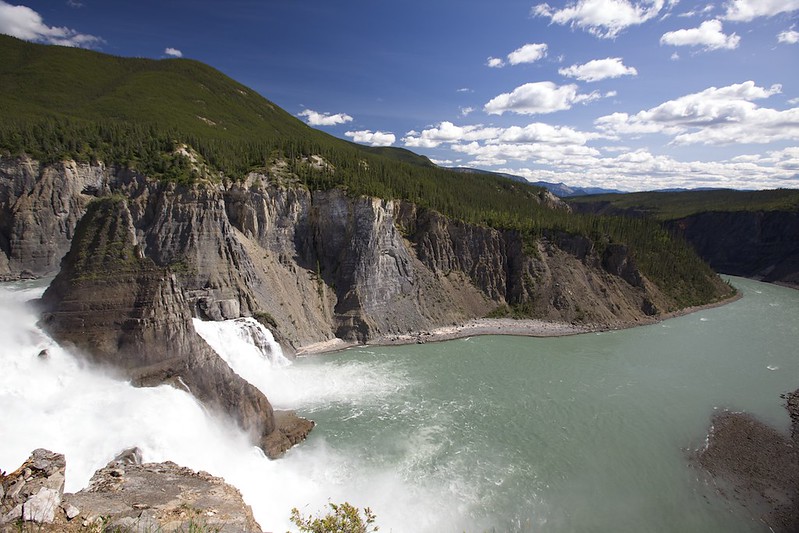 The Canadian Shield makes up the arctic mainland. Canada’s oldest rocks (3.96 billion years) were found east of Great Bear Lake. Pleistocene ice sheets polished its surface, stripping away surface material down to the bedrock. In places boulders, sands and gravels remain from the melting ice. Overall it is a gently undulating rocky surface of low elevation, with a bewildering maze of rivers and irregular lakes.

As in the Archipelago, true soil is generally absent. Vegetation is the tundra type, usually including considerable shrubs. In sheltered places, as along inland water courses, stunted trees may extend out from the forested lands on the south and west.

Climatically, as well as in location, the arctic mainland lies between the Arctic Archipelago and the Mackenzie Valley, with more severe winter temperatures and higher summer temperatures than the former because of its continental location. Baker Lake, for example, west of Hudson Bay, has an average daily high of -27°C in January and 16°C July, with a mean total precipitation of 268 mm. 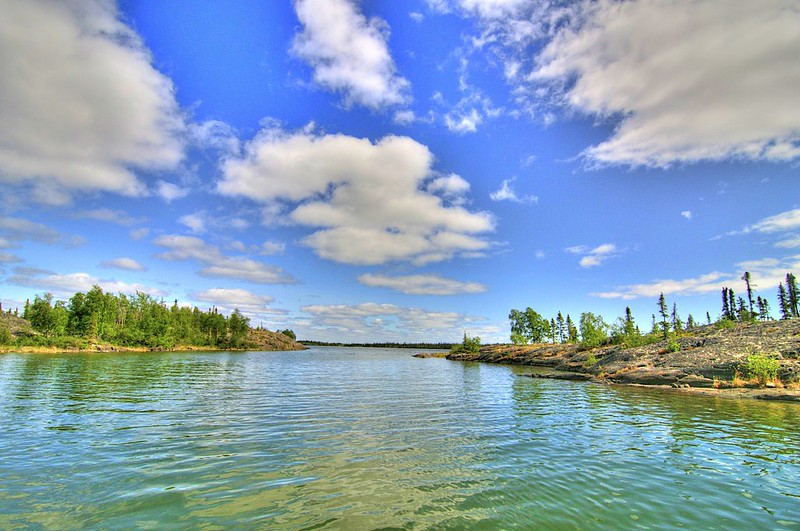 Geologically this area ranges from the Canadian Shield on its eastern margin through younger Paleozoic and Mesozoic sedimentary formations in sequence to the west. Great Bear Lake (31,328 km2) and Great Slave Lake (28,568 km2) lie along the contact line of the Shield, which here often exceeds 300 m of relief. This vegetation division corresponds to a cultural division of the area’s Indigenous peoples, with the Inuit occupying the Arctic and the Dene, the Subarctic. The greater economic development and larger population of the subarctic Mackenzie Valley also sets it apart from the arctic mainland. Much of the Mackenzie Valley area consists of the narrowing northward extent of the level continental Interior Plains. There are occasional level-bedded hill areas a few hundred metres above the general surface. In the west it rises abruptly into the mountainous terrain of the rugged Cordillera region with peaks of over 2,700 m. The area is integrated by the Mackenzie River and its tributaries, whose total drainage area (1.8 million km2) and system length (4,241 km) are the largest and longest in Canada.

The upper Mackenzie Valley lies within the boreal forest transitional zone, where spruce and larch are common. The lower Mackenzie Valley is within the Northern boreal woodland area, which has a great number of tree species including white birch, jack pine, balsam fir and trembling aspen. Extensive areas of poor drainage occur, especially on the plains, as a result of permafrost and continental glaciation. These result in string bogs and muskeg. 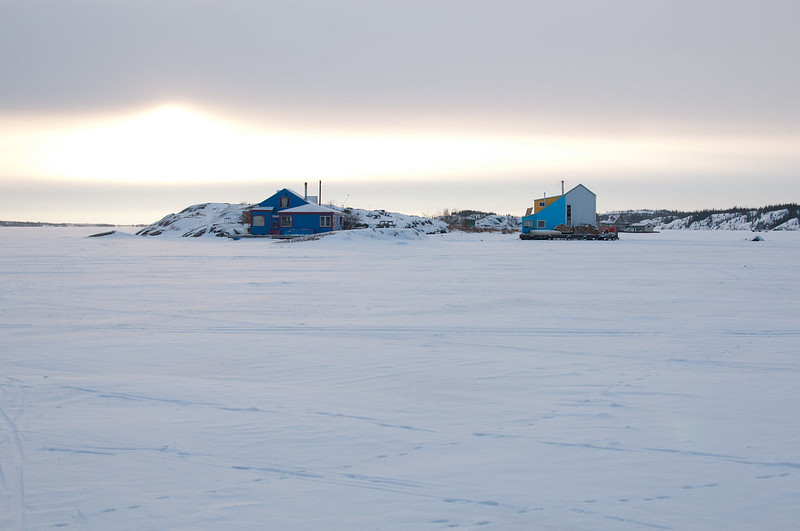 Temperature ranges are greater in the Mackenzie Valley than in the other two regions. At Fort Good Hope, for example, the average daily high is -25°C in January and 21°C in July. Precipitation, including snowfall, is significantly higher than for most of the Arctic.

Wood Buffalo National Park, straddling the Alberta boundary, is Canada's largest national park (44,802 km2). It was established in 1922 to protect the only herd of wood bison in their wild state, and also contains several thousand plains bison and the summer nesting grounds of the nearly extinct whooping crane.