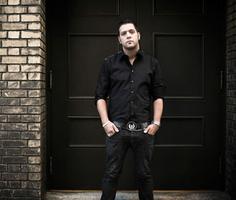 Canadian radio and television personality George Stroumboulopoulos is best known as the host of CBC's The Hour (photo by Dustin Rabin).

George Stroumboulopoulos, television and radio host (b at Malton, Ont 16 Aug 1972). George Stroumboulopoulos attended high school at Ascension of Our Lord in Malton and graduated from Humber College in 1993 with a diploma in radio broadcasting. He interned at a radio station in Kelowna, BC, and then worked for The Fan 590, developing a reputation as a workaholic with a quick-witted style. He moved over to the Toronto radio station The Edge, then on to the nationally broadcast MuchMusic as producer and host of "The New Music" before returning to the Corus Radio Network with his own show "The Strombo Show."

He was hired by CBC-TV to host its nightly one-hour prime-time current affairs program The Hour. The show, which went on air in 2005, is informal and covers current affairs and features interviews with guests from the political arena to the pop culture stage. It has won numerous GEMINI AWARDS - several for best talk-show host - and in 2010 was renamed George Stroumboulopoulos Tonight and shortened to a half-hour.

George Stroumboulopoulos has appeared in documentaries about AIDS in Zambia (2002) and the conflict in Darfur (2004), and has lent his time to War Child Canada and to issues of Inuit literacy, identity and culture as well as to fundraisers for other worthy causes such as Make Poverty History, the Canada-Africa Partnership on AIDS and the live benefit Canada for Haiti. He successfully advocated for Tommy DOUGLAS on CBC's The Greatest Canadian in 2004, and continues hosting the 3-hour "The Strombo Show," which is heard over the Internet and on CBC Radio 2.

Stroumboulopoulos was awarded an honorary Doctor of Laws from the University of Calgary in 2007, and an honorary degree in communications from Humber College in 2008. The United Nations World Food Programme appointed him Canada's first Ambassador Against Hunger in 2011.