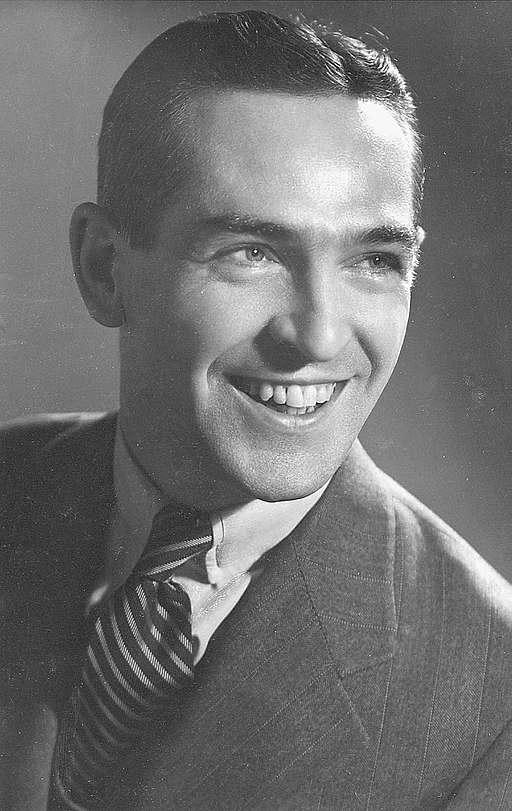 Childhood in Nominingue and early schooling

Gérard Delage grew up in Nominingue, in the heart of the Upper Laurentians. At the beginning of the 20th century, forestry was the most important economic activity in this Quebec municipality. Professions included lumberjacks, farmers, merchants, industrialists and various professionals. Gérard Delage was the son and fourth child of Achille Delage, a lawyer, and Blanche Christin. From 1917 to 1924, he studied at the Sainte-Croix nuns' school.

Gérard Delage began his classical course at the Seminary of Sainte-Thérèse, from 1924 to 1926, which he completed at the Seminary of Saint-Hyacinthe in 1932. He enrolled in law at the Université de Montréal, and was admitted to the Quebec Bar in 1935. He then went to study abroad in England and France in 1935 and 1936. During his time in London, Gérard Delage studied administration, and worked as a radio host for the BBC.

On December 13, 1937, he married Yvette Jutras in Montreal, and together they had six children: Pierre, Jocelyne, Niquette, Lison, Yves et Michel.

Gérard Delage became a key figure in the world of communications in Quebec and Canada. He first became known as an actor, performing in plays and radio drama programs, then as a news anchor and radio host.

From 1932 to 1954, he worked for three radio stations in Montreal and wrote several programs including L’abécédaire radiophonique, Le Vieux Poulailler, La mine d’or,Le ralliement du rire, Qui suis-je?, Que feriez-vous?, Pierre Guérin, Chez le barbier and Le petit café. He was one of the creators of the Revue Bleu et Or at the Université de Montréal (1933 to 1935), for which he wrote several texts and played in various sketches.

He was also a speaker for several literary and legal organizations, social clubs, chambers of commerce, and numerous associations in Canada, the United States, and Europe. He was invited to major receptions and conventions to speak on various subjects, including law, tourism, hospitality and catering, often because of his sense of humour.

Gérard Delage was an advertising consultant for radio and television, including at the Vickers & Benson agency (from 1952 to 1966). He was also a legal advisor to several organizations such as the Union des artistes, La Société des auteurs dramatiques, l’Association des Hôteliers de la province de Québec and the Conseil de l’Hôtellerie et de la Restauration. For the Montreal Convention Center, he designed the Guide de mets et de vins for the exclusive use of the Convention Center.

For 36 years, Gérard Delage taught hotel law and various hospitality specialities in renowned establishments, including the Institut de tourisme et d’hôtellerie du Québec (ITHQ), which he is credited with founding according to Pierre D. Brodeur (his Director General from 1988 to 1996). Gérard Delage also taught through his columns for the magazine L’hôtellerie and the various newspapers for which he was a collaborator.

From 1941 to 1954, Gérard Delage was president of the American Federation of Radio Artists, Montreal Chapter, which later became the Union des artistes lyriques et dramatiques, and finally the Union des artistes. This was the longest presidency to date in the organization’s history. From 1954 until his death, he was Honorary President and Lifetime Member.

From 1944 to 1949, he was a director of the Association professionnelle des Hôteliers, then from 1949 to 1980, he was executive secretary of the Association des Hôteliers de la province de Québec. He was also an executive member of the International Hotel Association, the Hoteliers Association of Canada from 1954 to 1979, the Secretary General of the Hotel and Restaurant Council in 1954, and a founding member and vice-president from 1961 to 1963, then president of the Tourism Council for the province of Quebec from 1963 to 1969. From 1954 to 1979, he was vice-president of the American Hotel Trade Association Executives and was an international representative of the Hoteliers Association of Canada.

In 1961, he participated in the reform of the Loi des liqueurs, which later became the Loi de la Régie des alcools du Québec. In 1972, he was president and organizer of the International Congress of Gastronomy in Montreal.

In 1934, Gérard Delage received the Academic Merit of the Université de Montréal. Emeritus Member of the Quebec Bar, he was appointed Queen's Counsel (Q.C.) in 1963 (Queen's Counsels are crown-appointed lawyers).

In 1973, he was elected Prince des gastronomes by his peers, during an extraordinary meeting of the Chaîne des Rôtisseurs in Montreal. At the time, he was a member of 13 wine clubs and 22 Bacchic brotherhoods – he was also a Grand Knight of Tastevin, Winemaker of Saint Vincent, Grand Friend of Escoffier of New York and Montreal, and lifetime member of the Order of Good Cheer (Ordre de Bon Temps).

In 1975, he received the Order of Merit from the Alumni Association of the Université de Montréal.

The Gérard-Delage Foundation, funded and created by Gérard Delage with his friends in 1980, aims to financially promote the advancement of skills and know-how in the fields of Quebec hospitality by awarding scholarships for study or development in culinary arts. Numerous fundraisers and generous patrons support it every year.

In 1989, Gérard Delage became a member of the Order of Canada.

When he died in 1991, Quebec’s Tourism Minister André Vallerand said: “He was called the Prince of Gastronomy, I would call him the Prince of Tourism.’’