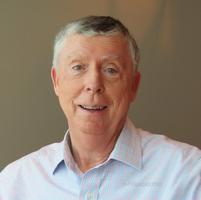 Gilles Latulippe was a great fan of comedians, especially Marcel Gamache, and decided at a very young age to become an artist. In 1957, while working as a messenger at the Radio-Canada music archives, Latulippe met Yvon Deschamps, who advised him to take theatre lessons with the famous actor François Rozet. Latulippe promptly followed this advice.

He began working in theatre after completing his training in April 1959 and played in La bande à Bonnot, directed by Paul Buissonneau. Buissonneau encouraged Latulippe to join his theatre company called La Roulotte, which put on children’s shows in Montréal parks. 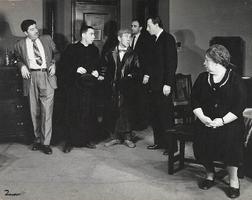 He launched his professional career in the late summer of 1959, landing a role as Brother Nolasque in the Gratien Gélinas play Bousille et les justes. The play was staged in Seattle during the 1962 World Exposition.

His first appearance on television was in 1959–60 as the title character in the Radio-Canada series Antoine, a show inspired by silent films that ran for only 13 episodes. In 1960, he and Robert Desroches put on a cabaret show at the Riviera de Trois-Rivières.

From 1964 to 1973, he worked at the private television station Télé-Métropole. He appeared in the children’s series Le zoo du Capitaine Bonhomme, which was later renamed Capitaine Bonhomme and then Le cirque du Capitaine Bonhomme. Writer Marcel Gamache, whom Latulippe admired greatly in his youth, offered him a role in the series Cré Basile,starring Olivier Guimond (the younger), in 1965. In Cré Basile, Latulippe played a janitor named Symphorien Laperle. The role stuck — he reprised it as the title character in the popular 1970–77 television series Symphorien.

In 1979, Marcel Gamache offered him a role in another series, Les Brillant, which aired on TVA until 1982. That year, he accepted a role co-starring with Janine Sutto on the hit Radio-Canada series Poivre et Sel, which was written by Gilles Richer and aired until 1987. From 1987 to 1993, Latulippe and Suzanne Lapointe co-hosted a variety show featuring the biggest names in comedy.

Driven by a childhood dream, he bought an old cinema called the Dominion Theatre in 1967 and renamed it the Théâtre des Variétés. It became a venue for burlesque and vaudeville comedy (see French-Language Theatre), attracting the genre’s biggest stars such as Olivier Guimond, Rose Ouellette (also known as La Poune), and Manda Parent. More than 7,000 performances were staged in the 33 years he ran the theatre. The Théâtre des Variétés closed down in 2000 and was turned into a performance hall for rock concerts, dancing, and shows by French-language singers. It was renamed La Tulipe in Latulippe’s honour.

In addition to his work as a theatre director, stage actor, and television actor, Gilles Latulippe worked in film. He played in the hit 1970 Claude Fournier film Deux femmes en or and appeared in several other films including the 1973 Claude Jutra film Kamouraska. In 1997, the Éditions de l’Homme publishing house published his autobiography Avec un sourire. From 2000 to 2007, the indefatigable comedian published a joke book every year for his loyal fans.

Gilles Latulippe had an enormous influence on many francophone comedians and artists. His immense talent and contagious laugh made him very popular. The television variety show Le 5 à 6, which he hosted from 1968 to 1971, was so popular thatviewers voted him their favourite artist, and he was named Monsieur Radio-Télévision in 1969.

In 1972, he won the Trophée Affection Olivier-Guimond. He won the MetroStar Award for Best Variety Show Host three years in a row in 1990, 1991 and 1992. In 1995, he was inducted into the Québec Humour Hall of Fame, and Télé-Métropole dedicated a star to him on the Promenade des Stars in Montréal.

In 2000, when the Théâtre des Variétés closed down, he received the Coup de Cœur trophy at the MetroStar Gala, and he was made a Knight of the Order of La Pléiade.

In 2004, Latulippe became a Member of the Order of Canada. At the 2007 Prix Gémeaux gala, he received the Grand Prix de l’Académie for his lifetime work. On 17 June 2009, he was made a Knight of the Ordre national du Québec.

The Just for Laughs Festival celebrated his 55-year career and paid homage to him at a July 2014 gala. Two months later, Gilles Latulippe, the last of Québec’s great burlesque comedians, died. The flags in the city of Montréal flew at half-mast in honour of a man who had entertained several generations of Québécois.

In March 2015, he posthumously received the rank of Officer of the Ordre de la Pléiade of the Assemblée parlementaire de la Francophonie.