Indigenous Names of Streets in Canada

The names of many streets across Canada are influenced by Indigenous words. These streets are named for Indigenous people, places and aspects of Indigenous culture. A growing number of civic leaders have begun replacing long-established street names with Indigenous names. Some older street names have colonial ties that are not appropriate. Renaming streets using Indigenous names acknowledges Indigenous history and works toward reconciliation. This article highlights some of the many street names in Canada that have Indigenous origins and significance.

The names of many streets across Canada are influenced by Indigenous words. These streets are named for Indigenous people, places and aspects of Indigenous culture. A growing number of civic leaders have begun replacing long-established street names with Indigenous names. Some older street names have colonial ties that are not appropriate. Renaming streets using Indigenous names acknowledges Indigenous history and works toward reconciliation. This article highlights some of the many street names in Canada that have Indigenous origins and significance. 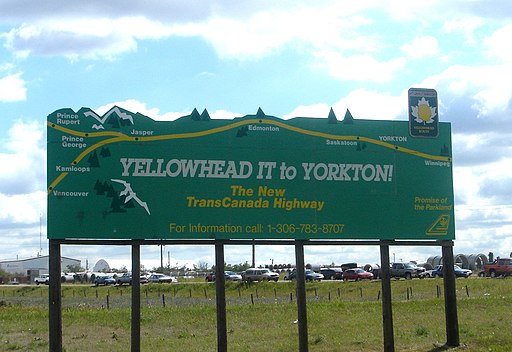 Tête Jaune was a Haudenosaunee-Métis trapper and guide. He was nicknamed Yellowhead due to his hair’s blond streaks. In the 19th century, he worked for French fur traders and then for the Hudson’s Bay Company. (See also Fur Trade in Canada.) Edmonton’s Yellowhead Trail is named for Tête Jaune. It is a busy section of Highway 16 that serves as a major east–west expressway and commuter route through the northern portion of city. (See also Yellowhead Pass and Iconic Highways in Canada.)

Thayendanegea (Joseph Brant) was a Kanyen'kehà:ka (Mohawk) military leader, chief and diplomat. He persuaded many Kanyen'kehà:ka warriors to fight with the British during the American Revolutionary War. When the war ended, he helped them to resettle in what would later become Ontario. In 1807, Thayendanegea died at his home on Burlington Bay, on a ridge overlooking Lake Ontario. The city of Burlington’s main street is Brant Street.

Shaganappi is cord made of rawhide. Its name comes from either the Cree word, pesaganappi, which means to “shred in a circle,” or an Algonquian word meaning a “flayed chord” or “rawhide lacing.” Calgary’s Shaganappi Trail is a well-travelled, major expressway in the city’s northwest quadrant. Its construction began in the 1970s to allow an easier north–south traffic flow and it has since been expanded several times. Ironically, the Shaganappi Trail does not pass through the Calgary community of Shaganappi.

Joseph Trutch was British Columbia’s lieutenant-governor from 1871 to 1876. He denied Indigenous people access to land that had been promised to them. He also blocked their ability to purchase other land. In February 2022, Victoria’s city council renamed Trutch Street to Su'it Street. Su’it is a word from the Lekwungen language that means “to be true” or “to be real.” Lekwungen is spoken by the Esquimalt and Songhees people. The city is on their traditional territory. (See also Coast Salish.)

The word Yukon is derived from the Dinjii Zhuh (Gwich’in) word Yu-kun-ah, which means great river. The word refers to the Yukon River. It is also the word that gave the Yukon Territory its name. Yukon Street in Halifax is located in an established residential area, minutes west of the downtown area. There are also Yukon Streets in Vancouver and Victoria in British Columbia, and in Quinte West, Ontario.

Spadina Avenue is a six-lane arterial road that runs north–south in the western portion of Toronto’s downtown. Its construction began in 1818, when Dr. William Baldwin built his grand home, Spadina House. The road up the hill was also called Spadina. Spadina is based on the Ojibwe word, ishpadinaa, which means “high hill” or “ridge.” In 2016, Spadina’s signs were among many in the city that were changed to also include the original Indigenous place name.

Rue Ontario runs east–west through Montreal, linking the boroughs of Ville-Marie and Mercier-Hochelaga-Maisonneve. Downtown, the street bustles with shoppers while other sections are quieter and more residential. Ontario is derived from the Haudenosaunee word, kandario, which means “sparkling water.”

Assiniboine Avenue runs nearby the north shore and parallel to the Assiniboine River. It is home to a well-treed residential area boasting fine historic homes, apartment buildings and condominiums along the river. Like the river, the street honours the Assiniboine people (Nakoda Oyadebi). Their territory includes what is now the south-central Canadian and north-central American plains.

Hiawatha was an important 15th century Haudenosaunee leader. He was instrumental in uniting the Onöndowa’ga (Seneca), Gayogohó:no' (Cayuga), Onoñda’gegá’ (Onondaga), Onyota’a:ka (Oneida) and Kanyen'kehà:ka (Mohawk) into the Five Nations political confederacy. They were later joined by the Skarù∙ręʔ (Tuscarora) to form the Six Nations. Hiawatha Park Road runs through a residential area in Orleans called Hiawatha Park, minutes east of downtown Ottawa.

The Louis Riel Trail begins in Regina, goes through Saskatoon, and then continues north to Prince Albert. Previously called Highway 11, it was renamed in 2001 to honour Louis Riel. Riel led the Red River Resistance in 1869–70 that created Manitoba as a province. He also led the 1885 Northwest Resistance in the fight for the recognition of Métis rights. The 364 km arterial highway features stunning prairie views and unique outdoor sculptures portraying important historical events. 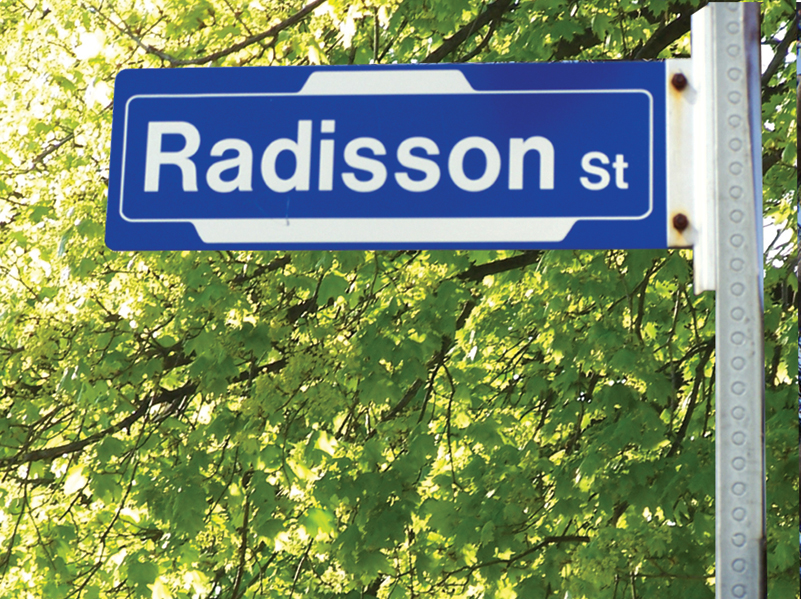