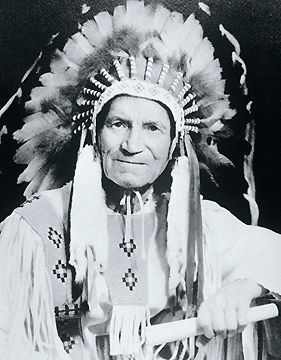 James Gladstone, portrait taken on the occasion of his appointment as senator (courtesy Glenbow/NA-1524-1).

James Gladstone was the son of Harriet Gladstone and her third husband, James Bowes. Harriet was the daughter of former Hudson’s Bay Company employee William Gladstone (known as “Old Glad”) and Harriet Le Blanc, his wife of Cree, Santee Sioux and French-Canadian heritage. They raised James and three of his siblings at Mountain Hill, a small community west of Pincher Creek. Old Glad insisted that they took the Gladstone surname.

Gladstone’s schooling began in 1894 at St. Paul’s Anglican Residential School on the Kainai First Nation, located between Cardston and Lethbridge in present-day Alberta. The Kainai are one of three Indigenous nations that make up the Blackfoot Confederacy or Siksikaitsitapi. When he was about 10 years old, Gladstone chose Akay-na-muka as his Indigenous name, meaning “Many Guns” in the Blackfoot language. In 1903, he entered St. Dunstan’s Industrial School near Calgary, where he learned to be a printer. Two and a half years later, he left school and returned to the Kainai First Nation.

In 1911, Gladstone married Janie Healy (1893-1977), also known as Pok-otun, or “Little Daughter.” She was a member of a prominent Blackfoot family and the daughter of Joe Healy, or Flying Chief. They had seven children: four daughters and three sons, although one son died in infancy.

James Gladstone spent most of the rest of his life on or near the Kainai First Nation. He worked in a variety of jobs, including handyman, labourer, teamster, cattle wrangler, tree-cutter, RCMP scout and interpreter, mail carrier, shepherd, coal miner, farmer and trucker.

No matter where he worked, James Gladstone’s desire was always to return to the Kainai First Nation, where he felt he belonged. After many failed attempts, he finally gained treaty status in 1920 as a member of the Kainai. (See also Indian Status.) Despite this, some Kainai did not fully accept him because of his Cree ancestry.

Gladstone started his own farm in 1921 about eight kilometres north of Cardston. Through back-breaking work, he gradually built up a prosperous 290-hectare ranch-farm and accumulated 400 cattle. He also pioneered modern farming procedures and equipment and encouraged his fellow Indigenous farmers to do the same. Gladstone brought the first tractor to the First Nation in 1927. He was also the first person to have his house connected to electricity and bought the first privately-owned threshing machine.

In the spring of 1945, almost by accident, James Gladstone attended a meeting of the Indian Association of Alberta (IAA). He was instantly taken with the discussions of First Nations’ concerns and problems and immediately became involved. He was elected president of the IAA in 1949 and went to Ottawa three times to discuss proposed improvements to the Indian Act. He was assisted in this by his acceptance by both the Cree and Blackfoot. Defeated in 1954, Gladstone was named honorary president of the association in 1957 and a patron in 1958. He played a major role in shaping the destiny of many Indigenous peoples in Canada.

Progressive Conservative Prime Minister John Diefenbaker, a fellow westerner, appointed James Gladstone to the Senate on 31 January 1958 as its first Aboriginal senator. This happened two years before status Indians were granted the right to vote in Canada, a cause that Gladstone championed. (See also Indigenous Suffrage.) As a senator, he co-chaired many committees, including the Joint Committee on Indian Affairs, Special Committee on Land Use and Special Joint Committee on Indian Claims. Gladstone sat as an Independent Conservative in the Senate until he voluntarily retired on 31 March 1971.

During his first speech in the Senate on 13 August 1958, Gladstone briefly spoke in the Blackfoot language to put in the official record “a few words in the language of my own people…as a recognition of the first Canadians.” Translated, he said, “The Indians of Canada are very happy to know they have someone in Ottawa to represent them in the Government of Canada. I pray that I will be able to speak the right words for them.” He then continued with a lengthy speech that described some of the problems that Indigenous peoples experienced across Canada, particularly in farming, ranching, fishing, trapping and education. He noted that many of these difficulties resulted from government paternalism toward Indigenous peoples in Canada and caused widespread frustration among them.

In August 1960, James Gladstone received the American Indian of the Year Award at a ceremony in Montana, US. He was the first Canadian to be so recognized. In 1969, the University of Lethbridge awarded him an honorary Doctor of Laws degree in its first honorary degree ceremony.

On 25 October 2001, a bust of Gladstone by Rosemary Breault-Landry was unveiled in the Senate. It depicted him in full ceremonial headdress in recognition of his being the first status Indian appointed to the Senate. (See also Indigenous Regalia in Canada.) The statue was relocated to the Senate of Canada Building during the decade-long renovation of the Centre Block, which is scheduled to be completed by 2029.

In April 2017, the Bank of Canada introduced a $10 banknote to commemorate the 150th anniversary of Confederation. It features a portrait of Gladstone along with those of Sir John A Macdonald, Sir George-Etienne Cartier and Agnes Macphail.

While visiting British Columbia, James Gladstone died in the Fernie Memorial Hospital at 84 years of age. He is buried in St. Paul’s Cemetery on the Kainai First Nation.

Annually, the Alberta Indian Investment Corporation presents the Senator James Gladstone Memorial Scholarship. It is awarded to a First Nations resident of Alberta who is pursuing post-secondary studies in business, finance or economics. 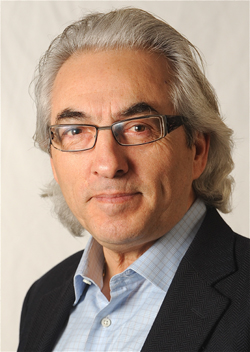 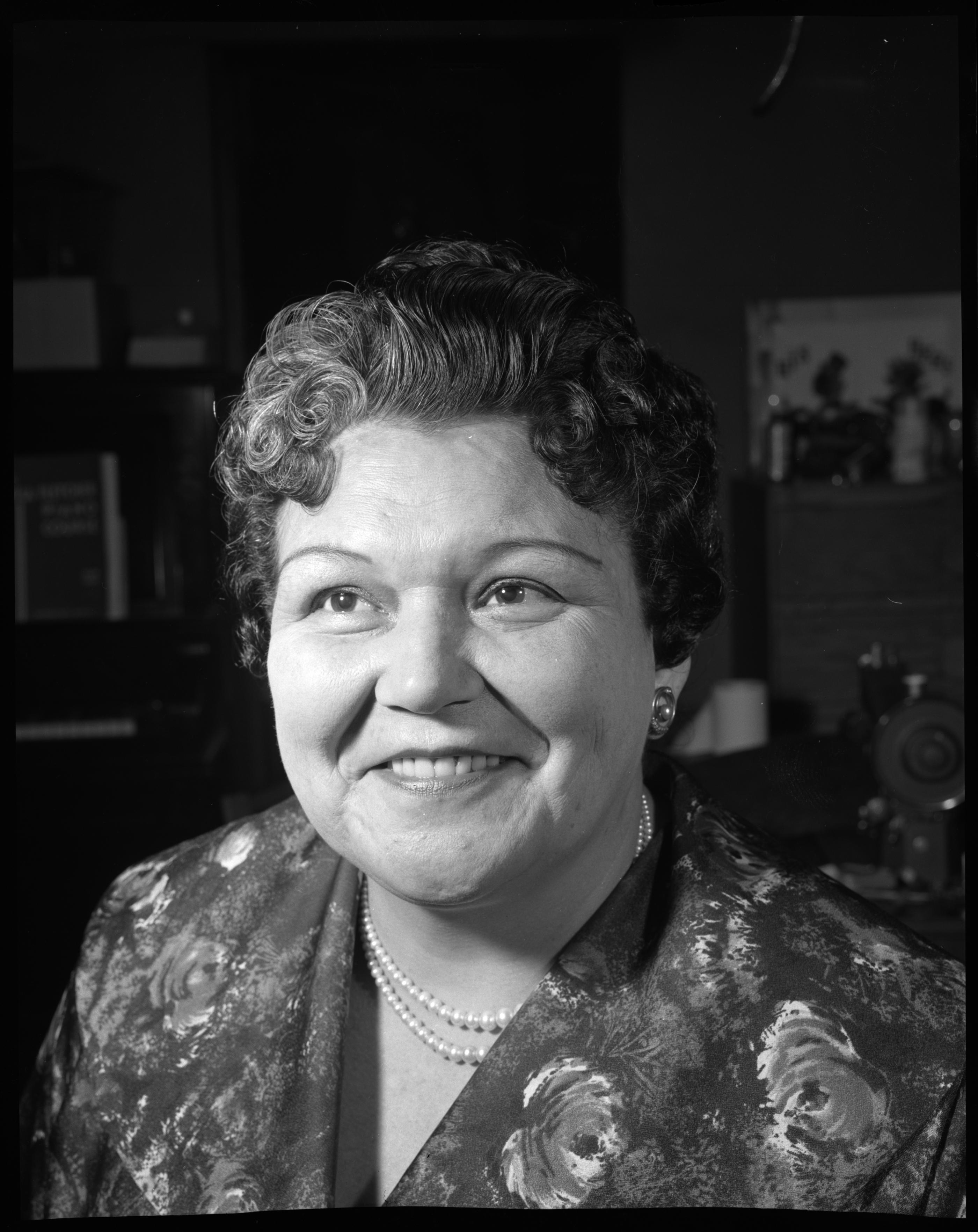