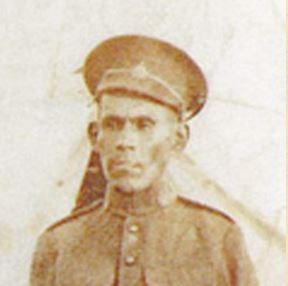 John Henry Yahba resided in Chippewa Hill, Ontario, the son of Hiram Yahba and Hannah Thompson. He worked as a farmer and on 14 November 1889 he married a woman named Adelaide. They had two children: Hiram Ardwin and Ethel Mabel. Yahba and Adelaide later separated.

John Henry Yahba enlisted in the Canadian Expeditionary Force (CEF) in nearby Southampton on 31 December 1915 and joined the 135th (Middlesex) Battalion. He was 35 years old at the time, much older than the average enlistment age of 26.3 years. On 31 January 1916, he transferred to the 160th (Bruce) Battalion. He sailed with his unit from Halifax, Nova Scotia, on the SS Metagama on 17 October 1916 and arrived in Liverpool, England on 28 October. During his time in England, he was hospitalized on a number of occasions with ailments such as mumps, eczema and impetigo. He was awarded a Good Conduct Badge on 31 December 1917.

Yahba was transferred to France on 28 March 1918. Like most newly-arrived soldiers, he underwent a few days additional training at Etaples to prepare him for trench warfare. He then spent some time at the Canadian Corps Reinforcement Camp. On 15 May 1918, he joined the 18th Battalion, which was assigned to 4th Infantry Brigade in 2nd Canadian Division. By this time, the 18th Battalion had been serving on the Western Front since mid-September 1915 and was an experienced, battle-hardened unit.

“Canada’s Hundred Days” covers the period from 8 August to 11 November 1918, when the Canadian Corps led the triumphant Allied advance from Amiens, France to Mons, Belgium. It was marked by a series of major battles, among them Amiens, the Drocourt-Quéant Line, the Canal du Nord, the Hindenburg Line, Cambrai, Valenciennes and Mons. Collectively these stand today as arguably the greatest feat of arms in the history of the Canadian Army.

John Henry Yahba contributed to this outstanding achievement and was awarded the Distinguished Conduct Medal (DCM) for his heroism during the Hundred Days. By the end of the day on 9 October, 2nd Canadian Division had moved forward as much as four kilometres and captured three towns, as well as several important bridges over the Canal de l’Escaut. The division’s advance continued on 10 and 11 October, only one month before the Armistice of 11 November and Days 64 and 65 of the Hundred Days. Second Division moved forward three kilometres on 11 October in the face of heavy German opposition and counterattacks, which included tanks. By the end of the day, it was established on the forward slope of a hill, known as the Iwuy spur after a nearby town.

It was during fighting at Iwuy that Yahba rose to the occasion and stepped into a leadership breach. For his courageous actions, he received the DCM. The citation for his award, published in The London Gazette, noted: “During the operation at Iwuy, on 10th/11th October, 1918, he took command of the section when his section commander was killed, and led them forward. Throughout he showed great gallantry and initiative and rendered valuable service.”

During the First World War, the DCM was second-highest award that could be given to non-commissioned officers and soldiers of the British Empire, exceeded only by the Victoria Cross. Of the more than 600,000 members of the CEF, only 1,947 received the DCM. Although the British discontinued the use of the DCM in 1993 and replaced it with another medal, no Canadian had received it since the Korean War. The modern Canadian equivalent is the Star of Military Valour.

In a testament to the ferocity of the battle and the confusion it caused, Yahba was listed as missing on 10 October 1918, but rejoined his battalion more than a week later. When the war ended, the 18th Battalion was held in France for a while, during which time he was appointed Lance Corporal on 8 February 1919. Yahba returned to England on 4 April, sailed from Liverpool on the SS Caronia on 14 May and arrived in Canada on 22 May. He was formally discharged from the CEF on 24 May 1919 at London, Ontario.

An Ottawa monument in honour of Indigenous War Veterans, unveiled in Confederation Park in 2001.

In Ontario, John Henry Yahba resided at Chippewa Hill, where he worked as a labourer. When he died, he was buried in the Southampton Cemetery, where his headstone resembles those of the Commonwealth War Graves Commission. 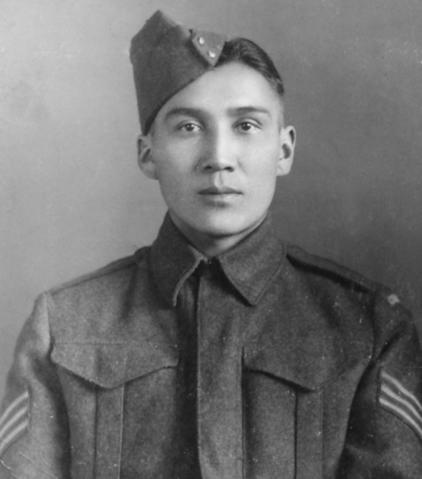 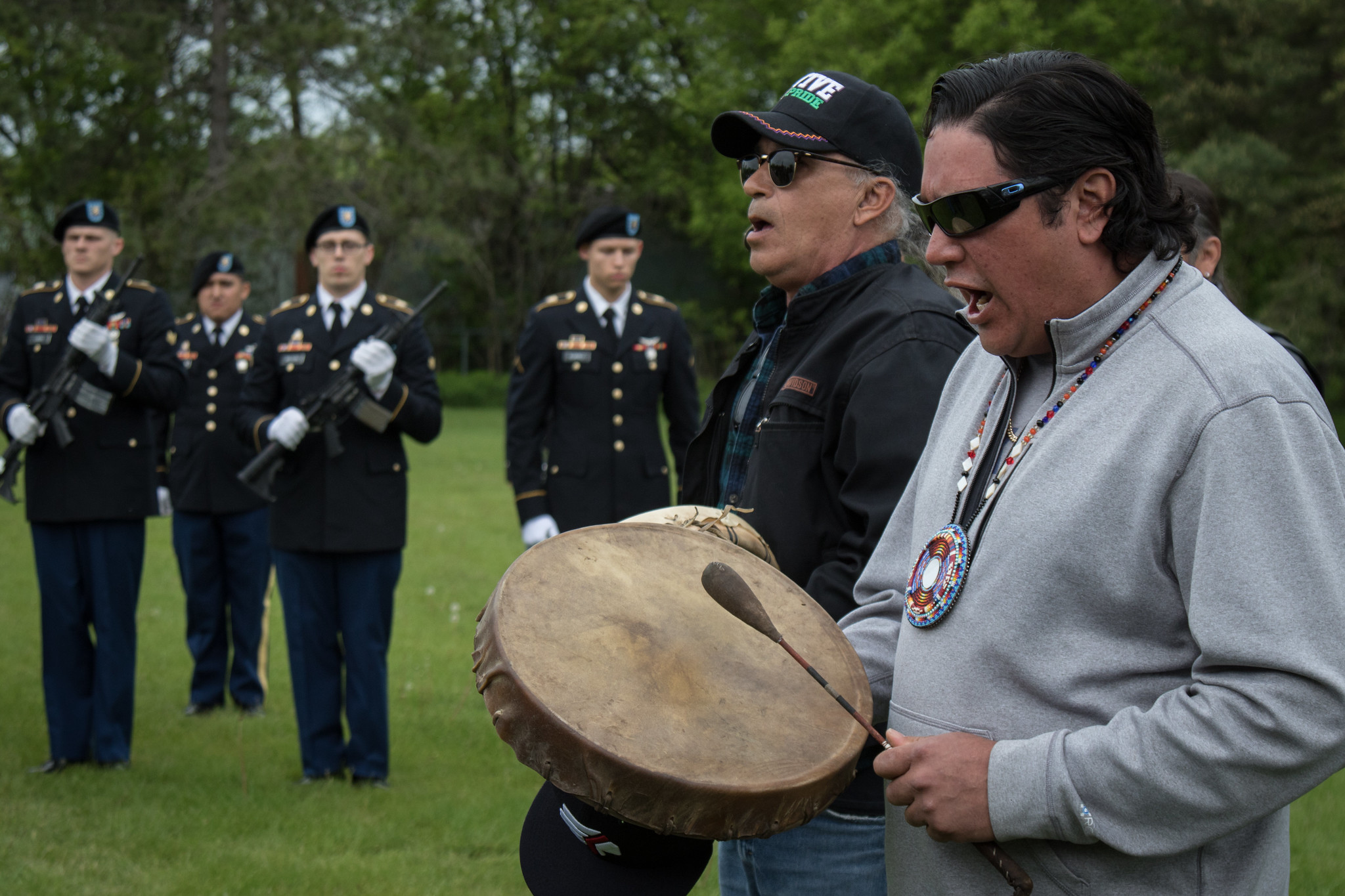 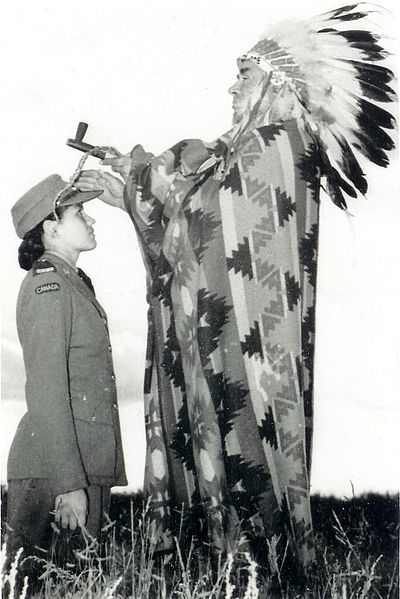