When naming a village, Canadian settlers looked to a variety of sources. Sometimes they’d name it for a resident or a famous person. Sometimes they’d name it for their hometown. The names of many of Canada’s largest cities, however, are derived from an Indigenous word. Most of the names are descriptive of the land or animals in the area, such as Oshawa and Coquitlam. Others, like Mississauga, are named for the First Nation whose land the city was founded on. In the case of Kelowna, the name began as an offhand joke among Salish friends. Here are the ten most populous cities in Canada with names of Indigenous origin.

Traditionally, the Kanyen'kehà:ka (Mohawk) drove stakes into the water, at a spot where Lake Simcoe narrowed, to catch fish. These weirs were referred to as “tkaronto”, meaning “where there are trees standing in the water.”

The name eventually referred to the lake itself (Lac de Taronto), to an Indigenous trail from Lake Ontario to Georgian Bay (the Toronto Passage), and to a land treaty (the Toronto Purchase). When the Upper Canada community of York was incorporated as a city in 1834, it was named Toronto.

Originally known as Bytown, Canada’s national capital changed its name to Ottawa in 1855. Despite being named for the Odawa First Nation, Ottawa is not located on their traditional territory, which stretches primarily along the Eastern shores of lakes Huron and Michigan. The name Odawa comes from the Algonquian word meaning “to trade.”

Toronto Township was named in 1805, decades before the City of Toronto was created. Despite being first to the name, when the more populous community of York incorporated as Toronto in 1834, the smaller Toronto Township looked like the copycat. The township was created on the territory of the Mississaugas of the Credit, so in 1968, residents chose the current name, with permission of that First Nation.

Lake Winnipeg’s “muddy water” led to the Cree naming it win nipee. English and French maps alternated between numerous spellings, like Ouynipigon and Winnipeek. Later applied to a connecting river, the publisher of the The Nor’Wester newspaper decided to put the name “Town of Winnipeg, Red River Settlement” on its front page masthead, in 1865. It was adopted as the city’s official name in 1873.

The name Quebec was inspired by an Algonquian word meaning “where the river narrows.” The French in New France used it solely to refer to the City of Quebec. The British were the first to use the name in a broader sense. 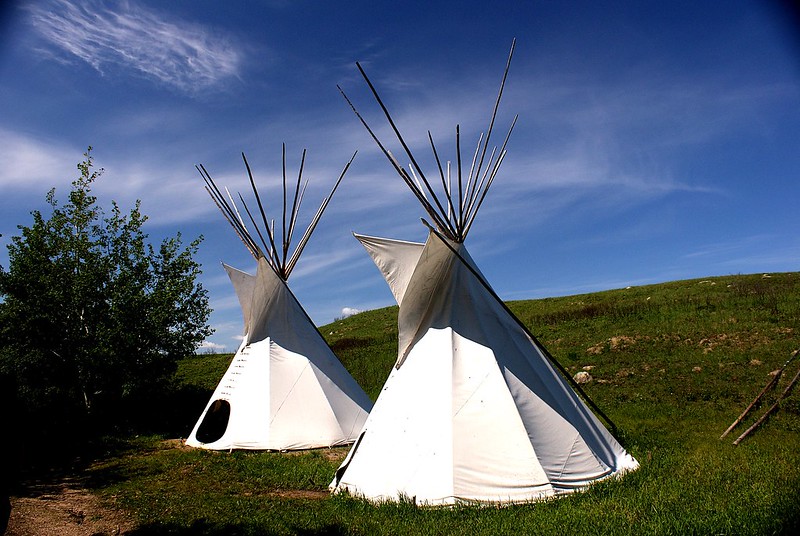 Often the name Saskatoon is connected to the Saskatoon berry, known to the Cree as misâskwatômina. But Edward Ahenakew corrected this notion in 1919 in the Saskatoon Daily Star, sharing a different origin told for generations among the Cree.

When travelling to hunt buffalo, members of Ahenakew’s band stopped at Saskatoon’s current location to cut the Saskatoon berry willows. Easy to straighten, and tough when dry, they made great arrow shafts. The place where willows are cut is called manimisāskwatān in Cree. Shortened, sāskwatān became Saskatoon.

In 1840, the residents of Skae’s Corners learned that the government was granting them a post office. A public meeting was held to discuss potential names. A few Indigenous fur trappers from Lake Scugog were in attendance, and were asked for their opinion. They suggested the Anishinaabemowin word aaz haway, meaning “that point at the crossing of the stream where the canoe was exchanged for the trail.”

The Saguenay River, the City of Saguenay, and the area surrounding the region are all believed to be named for an Innu phrase. Derived from saki-nip, it means “where the water flows.” 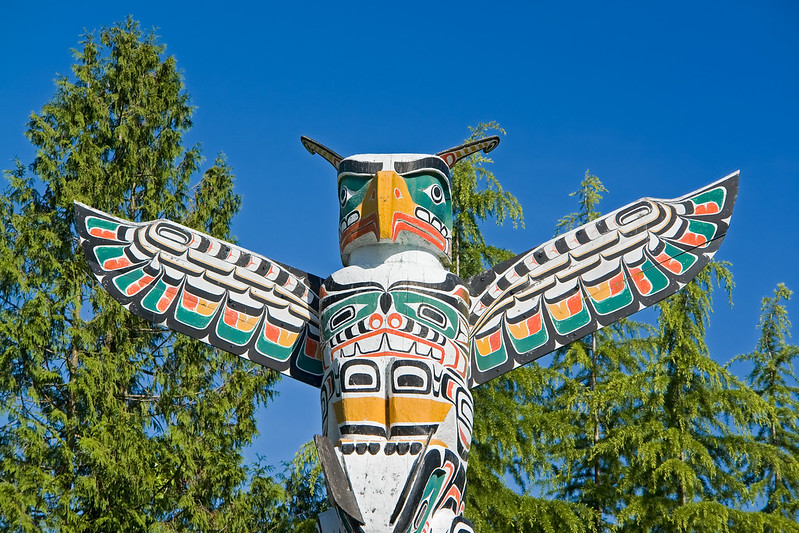 In the Cowichan dialect of the Salish language, kwikwetlem means “small red salmon.” The Coquitlam River once teemed with the fish. (See also Coastal Salish.)

Some Indigenous people in the interior of British Columbia would build kekuli, underground residences. When a large, hairy French settler named Augustus Gillard made one, Salish people passing by remarked that he looked like a kimach touche, or brown bear. His new nickname became the settlement name, until a local decided to choose another bear, the grizzly. Kelowna (or Kiʔláwnaʔ) is the Okanagan or nsyilxcən word for grizzly bear.

The District of Saanich takes its name from the W̱SÁNEĆ or Saanich First Nation. The name means “raised up” in the Straits Salish language, a reference to its elevation. (See also Coastal Salish.) 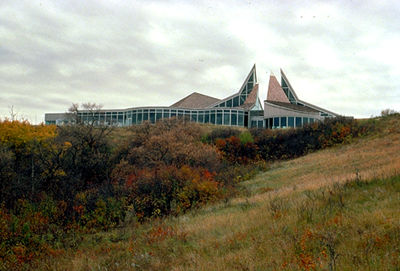 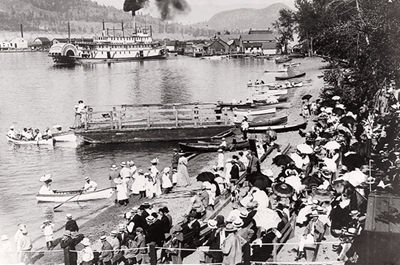 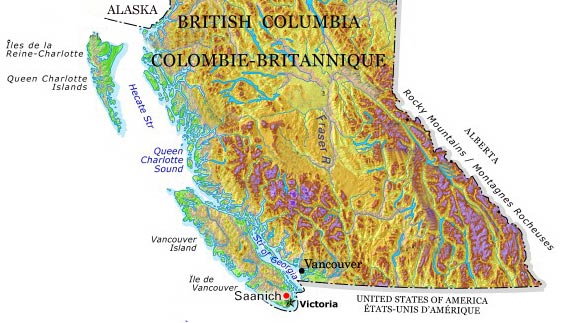