There are literary thrillers probing post-9/11 anxieties, like Mark Sinnett's beautifully written The Border Guards, and such updated versions of the traditional, almost bloodless "cozy" as the stylish and amusing Lament for a Lounge Lizard by Mary Jane Maffini. Even P.E.I.

This article was originally published in Maclean's Magazine on February 23, 2004

There are literary thrillers probing post-9/11 anxieties, like Mark Sinnett's beautifully written The Border Guards, and such updated versions of the traditional, almost bloodless "cozy" as the stylish and amusing Lament for a Lounge Lizard by Mary Jane Maffini. Even P.E.I.This article was originally published in Maclean's Magazine on February 23, 2004 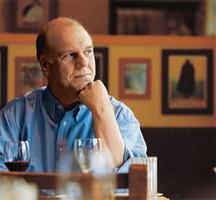 READERS AND CRITICS alike generally have no problem finding a common Canadianism in this country's varied literary fiction. A sense of chastened irony - the result not only of an unforgiving climate but also our history as part of an empire, never the ruling power itself - links books as disparate as W.O. Mitchell's Who Has Seen the Wind and Yann Martel's Life of Pi. Canadian sci-fi and our most influential non-fiction, like the works of Northrop Frye and Marshall McLuhan, also mine that theme. It's a lot harder, though, to find common elements within the vast iceberg that is Canadian crime fiction. In part that's because crime writing here is an iceberg - a surprisingly large body of work, often issued by smaller presses, that floats below the surface of popular consciousness. But it's mostly because its sheer variety defies easy description.

There are literary thrillers probing post-9/11 anxieties, like Mark Sinnett's beautifully written The Border Guards, and such updated versions of the traditional, almost bloodless "cozy" as the stylish and amusing Lament for a Lounge Lizard by Mary Jane Maffini. Even P.E.I.'s first published novel in 15 years, Michael Hennessey's The Betrayer, takes as its back story the 1941 hangings of two Island men convicted of murder, the province's last instances of capital punishment. First-rate police procedurals include those featuring Insp. Eric Stride of the Royal Newfoundland Constabulary by Thomas Rendell Curran and Giles Blunt's Northern Ontario detective John Cardinal. Historical whodunits range from Don Gutteridge's acerbic tales of a government agent roaming Upper Canada in the tense months before the Rebellions of 1837, to Caroline Roe's beguiling chronicles of a blind Jewish physician-sleuth in 14th-century Catalonia.

A common Canadian thread hardly seems possible, but for fans of a genre in which the demand for fresh product is second only to romance writing, the mere fact of the authors' nationality is a selling point. At least it is for foreigners, according to J.D. Singh, co-proprietor of Sleuth of Baker Street, a Toronto mystery bookstore. "We have a very active mailing list. Australians, Americans, Brits call us for books they can't get at home. Besides, there comes a point, you know, when you've read everything you care to about New York, L.A. or London, and Toronto starts to look exotic." The situation is reversed, of course, for Singh's local customers, and in his shop literary patriotism plays no role. "Canadians compete for shelf space with everyone else."

All that might help explain why Canada's most renowned crime author is a transplanted Englishman, writing about an English policeman in an English town. "Actually," laughs Peter Robinson, who has lived in Toronto for the past 30 years, "I work both sides of the street. The booksellers can say, 'Oh, you like Ian Rankin's novels? Why don't you try this Robinson fellow?' and they can say, 'So, you're looking for Canadian mysteries ...'" That may be extra grist for the commercial mill, but the true source of Robinson's burgeoning fan base and critical acclaim lies in the intriguing evolution of his main character, Yorkshire cop Alan Banks.

The Insp. Banks books began in 1987 as well-crafted but essentially standard-issue police procedurals, with a bright thread of anti-Thatcher politics running through them. Fourteen novels later, the politics are muted. And the stories have become dark, psychologically nuanced character studies, primarily of Banks himself, a working-class boy made good. In Robinson's latest, the intricately plotted Playing With Fire (McClelland & Stewart), Banks - still reeling from a meltdown in his personal life - has to cope with arson, murder and his uncertain relationships with several women.

It's not just readers who find the moody, self-critical policeman ever more compelling. "Banks interests me more now than in the earlier books," Robinson says. "I couldn't do his job; I certainly couldn't cope with an autopsy. I don't even like him all the time." But despite their physical dissimilarities - Banks is slight and dark, Robinson is a blond, if balding, six-footer - creator and character are much alike. Common class origins are matched by common musical obsessions - music is so central to the books that the author's Web site tracks Banks' eclectic play lists (Bizet and the Beatles) novel by novel. And then there are the deep structural similarities, Robinson notes, in the work of writer and detective, "the eavesdropping, the being nosy part." And the mutual wear and tear of growing older. "Yeah, Banks is going into middle age now," smiles Robinson, 53, "with all that entails."

The fixation on Banks means Canadian fans will probably never get what Singh says they would "dearly love," a Robinson novel set here. A high-ranking copper (detective chief inspector), "Banks can't move at this point in his career," Robinson says, and should he encounter a crime on a visit to Canada "he wouldn't have the resources" to investigate it. Despite two early non-Banks thrillers, the author can't seem to do without his character any more. Robinson originally planned Aftermath (2001), loosely based on the Bernardo-Homolka case, as a third stand-alone, set in his Toronto Beaches neighbourhood. It didn't work out. "I found it a little too close to home. Not only are my neighbours nice people, not murderers, but I was wasting time, walking the streets making sure all the buildings were in the right order." He switched the setting to England, and was more than 100 pages along when a nagging question - "what's wrong with this story?" - finally forced him to the obvious answer: no Banks. So Aftermath became the 12th Banks novel, an exploration of evil that would not have been nearly as harrowing without the inspector's emotional reaction.

Robinson, in fact, takes what critics see as an additional limitation in genre writing - "there are two strikes against me," he agrees, "I write crime and I have a series hero" - and turns Banks' unfolding personality into a strength. Unlike Stephen King, an enthusiastic Banks fan who often complains that popular writers never get their due from critics, Robinson quietly pushes the boundaries of crime fiction while shrugging off the genre wars. "Genre does limit what you can do," admits the author, who has a doctorate in English literature (modern British poetry, no less). "I have to have a crime, an investigation, a solution; I'm not writing Madame Bovary."

But Robinson also believes, in common with all the major writers of his genre, that while crime may be eternal - given the evils of the human heart - its expression changes over time. Criminal acts, like works of art, say something about current society. And if the Banks novels don't provide the solace of classic detective stories - the restoration of social and moral order - there's "still a lot more order inside the novels than out," Robinson says. Readers who follow Banks through his investigations will at least know what happened, even if, like the inspector himself, they don't know why.