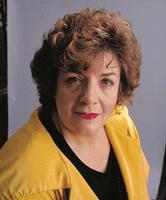 As the head of the lobby group CAVEAT, she is devoted to mobilizing Canadian public opinion in favour of stiffer prison terms and tougher parole for criminals (courtesy Maclean's).

Priscilla de Villiers has so much energy she can hardly keep still. Moving forcefully from room to room through the cramped offices of her Burlington, Ont.-based lobby group, CAVEAT - Canadians Against Violence Everywhere Advocating its Termination - she offers advice and encouragement to her volunteers. Sparked by a personal tragedy four years ago, she has since devoted herself to making Canadian communities safer by mobilizing public opinion in favor of stiffer jail terms and tougher parole requirements. "You cannot imagine how many lives are ruined daily by violent crime," says de Villiers. "If we saved the life of one person, then we've won. That would be a victory for us."

But for all the drive she brings to her work - making countless speeches across the country to students, parents and police, as well as organizing conferences, publishing a bimonthly newsletter and circulating petitions - the handsome and articulate 52-year-old former South African never aspired to lead a crusade of any kind. She devoted most of her adult life to raising her children Nina and Etienne, a 21-year-old third-year engineering student at Queen's University, while husband Rocco, 51, a neurosurgeon who practises at several Hamilton hospitals, attended medical school and built his career. She is also an accomplished landscape painter, who has shown professionally and taught art to children. "I've always been outgoing, but within a close circle of friends," says de Villiers. "I never sought a public position, so my role in CAVEAT is very, very out of character."

De Villiers' life as a content and private middle-class citizen changed forever on Aug. 9, 1991, when Nina, then a 19-year-old biochemistry student at Hamilton's McMaster University, was murdered while jogging near the shores of Lake Ontario. The killer was a 32-year-old Hamilton-area man who had a history of physical and sexual assaults on women, and who committed suicide to avoid arrest.

Her daughter's murder created a void in de Villiers' existence - she could not pick up a paintbrush for more than four years, but recently began painting again to raise money for CAVEAT. She suffers frequents bouts of insomnia, and, like many affected by violent crimes, has come to realize that the grief and the tears never end. "You are left so helpless," she says. "You lose your ego, your whole sense of having some control over your life."

De Villiers now puts her enormous energy and resolve into CAVEAT at least partly as a way of coping with her grief. She formed the organization, which now has 1,500 members, shortly after her daughter's killing, and initiated a petition - signed by more than 2.5 million Canadians and presented to federal Justice Minister Allan Rock - lamenting the loss of public confidence in the justice system and calling for a range of measures to ensure better protection for the public. This year, CAVEAT also added its voice in support of the government's controversial gun-control legislation. But it is arduous work, often greeted by official indifference until there is a public outcry over a horrible case, like the gruesome murders by serial rapist Paul Bernardo. "It's no good educating and vaccinating people if we're not going to protect them," she says. "The damage done to people's psyches and their self-confidence by violent crime is absolutely immeasurable." And even though there is no undoing the damage done to her family, de Villiers is determined to prevent it from happening to others.