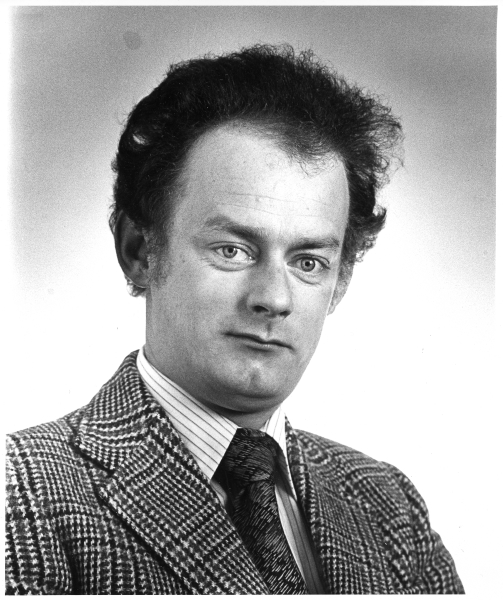 Robert Rex Raphael Murphy, commentator, broadcaster, columnist (born March 1947 in Carbonear, NL). An incisive, popular and often polarizing voice in the country’s political landscape, Rex Murphy is one of Canada’s most recognizable pundits. Known for his silver tongue and sarcastic wit, he is a national newspaper columnist, a correspondent for CBCTV’s flagship news program The National and the host of the CBC Radio call-in program Cross Country Checkup.

Murphy grew up the second of five children in the small town of Freshwater, in Placentia Bay near St. John’s. His father worked as a cook at the US military base in Argentia and had no more than a third-grade education, yet Murphy learned an appreciation of wordplay around the dinner table. He skipped two grades in elementary school, graduated from high school at age 15 and earned a BA in English from Memorial University at 19.

While at Memorial his passion for politics began to shine. He was part of the student parliament and the debating team, and became student council president at 18. He attracted attention in the province for his polemics with local politicians, including fiery then-Premier Joey Smallwood, whom he openly criticized for failing to deliver on a promise to provide free first-year tuition for university students.

After graduating from Memorial, Murphy studied law for one year at Oxford University in 1968 as a Rhodes Scholar. He returned to Newfoundland and started a master’s degree in English but never finished. He taught English at the Argentia base and then, on the strength of his reputation in student politics, was hired by VOCM Radio in St. John’s to write daily, five-minute editorials and do occasional reporting. He served as a host for the station’s morning call-in program before accepting a position as a political commentator and interviewer on the local CBC TV current affairs program Here and Now. He worked there for 10 years, except for a two-year stint in Toronto (1974–76) where he appeared on the satirical CBC TV current affairs program Up Canada!

Murphy ran for public office three times. The first was in 1978 as a Conservative in St. John’s; he won the federal nomination but backed out when he ran out of funds after the election was delayed for a year. He worked as an assistant to provincial Conservative leader Frank Moores, and then served for two years as chief researcher for the provincial Liberals, helping to prepare caucus members for question period. He ran again in 1985, this time as a provincial Liberal in Placentia, where he lost by only 142 votes. He lost his third try in 1987, again for the Liberals.

Murphy returned to the CBC in St. John’s in 1987. He worked as a freelance presenter and commentator for programs such as The Journal, Midday and Sunday Report until 1994, when he became the host of the long-running national CBC Radio show Cross Country Checkup. The program’s weekly audience increased by more than 100,000 listeners after Murphy’s arrival.That year, he also began his weekly “Point of View” segment on CBC TV’s The National.

As an opinionated presenter across national media, Murphy has become known for his rapid-fire, Atlantic-accented delivery of commentary on a seemingly unlimited range of issues. His playful curmudgeonly persona is distinguished by both a broad command of the English vocabulary and liberal pop-culture references. He has received acclaim for his broadcast work on documentaries for “The National,” including 1994’s “Unpeopled Shores,” on the collapse of Newfoundland’s fisheries.

Murphy has never been afraid to court controversy. He is one of Canada’s most visible climate change deniers, calling climate science partly “a sub-branch of climate politics" and arguing against the validity of climate change in various public forums. He attacked former US Vice-President Al Gore for his environmentalism and opposition to the Alberta oil sands, which in a 2013 National Post column Murphy called “a dazzling and profitable engineering endeavor of which all Canadians should be proud.”

In addition to his work on Cross Country Checkup — where he reaches close to half a million listeners per week — and The National, Murphy has contributed to CBC Radio’s Definitely Not The Opera, Morningside and Land and Sea. In 2010 his longtime column, “The Japes of Wrath,” was cancelled at The Globe and Mail and he began writing for the National Post. He is a sought-after orator and the author of Points of View (2003), a book-length collection of his commentary.