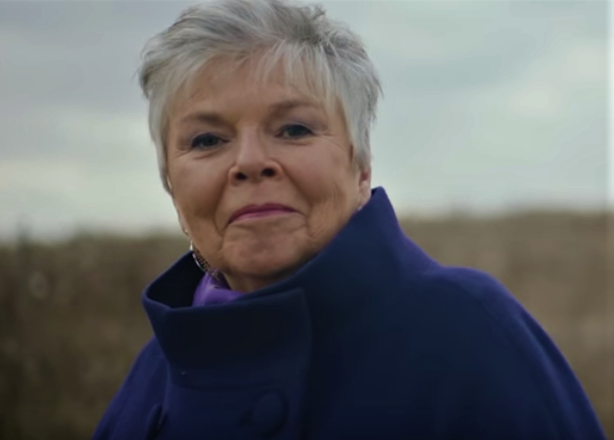 Roberta Jamieson grew up and attended school on the Six Nations Grand River Territory reserve near Brantford, Ontario. She was part of a close-knit family of eight brothers and sisters. Her Mohawk father, Robert Jamieson, ran Bobby’s Diner at Six Nations, where elders debated politics and listened to music. He toured as a musician with the United Service Organization in the Second World War. Robert Jamieson died of heart disease at 48 when Roberta was 13. Her mother, Phyllis McCann, was second-generation Irish and came from the Ottawa Valley. She met Robert Jamieson while working as a nurse at Six Nations.

Roberta Jamieson entered McGill University in Montreal, Quebec, in 1970, where she planned to study medicine. At McGill, she helped the James Bay Cree defend their traditional hunting and fishing grounds against flooding by the Quebec government’s James Bay hydroelectric dam. While a student, she debated the dam’s related land-claim issues with Jean Chrétien, who was then minister of Indian Affairs.

Jamieson became executive assistant to George Manuel, chief of the National Indian Brotherhood. Her activism strengthened her desire to defend Indigenous rights, and she changed her studies from premedicine to law.

Decades later, Jamieson said, “I couldn’t understand why our people should accept all those outside people coming to our territory to tell us how to live or to make decisions for us… I knew from an early age that I was going to do something to change it. I have worked my entire life to build a Canada in which Indigenous people can once again find their rightful place.”

Jamieson received her law degree from the University of Western Ontario in 1976. This made her the first Indigenous woman in Canada to graduate from law school.

After graduation, Roberta Jamieson became part of the Canadian Indian Rights Commission secretariat. From 1978 to 1982, she worked at the Indian Commission of Ontario as executive assistant to the commissioner, senior policy advisor and senior mediator.

During that period, she also served as speaker for the All-Chiefs Conference. The Canada-wide conference was an important step in the transformation of the National Indian Brotherhood into the Assembly of First Nations.

DID YOU KNOW?
Roberta Jamieson brought her daughter Jessica, then age two, to the All-Chiefs Conference. During a tense discussion regarding land claims, self-government and the constitution, Jessica piped up from the back of the room, “Mom, are you done yet?”


In 1982, Jamieson became the first nonparliamentarian appointed to a House of Commons committee. This Special Task Force on Indian Self-Government produced the Penner Report in 1983, which outlined a viable framework for Indigenous self-government.

Jamieson also chaired the legal group that advised the Assembly of First Nations during the First Ministers’ Conferences following the patriation of the Canadian Constitution in 1982. In all, she spent a decade working in mediation between First Nations groups and the federal and provincial governments. It was this experience that led to her appointment as ombudsman of Ontario.

In 1989, Roberta Jamieson became the first woman appointed ombudsman of Ontario. She served in the role for 10 years. As ombudsman, she helped to investigate and resolve complaints by members of the public about government organizations, municipalities, universities and school boards.

Jamieson was also a founding president of the Canadian Ombudsman Association. As vice-president of the International Ombudsman Institute, she travelled globally to help other nations develop mechanisms to monitor their respective governments.

In 2001, Roberta Jamieson became the first woman elected chief of the Six Nations of the Grand River Territory. The election marked a significant change in leadership on the reserve. With nine new councillors and three incumbents, Jamieson sought to create a more inclusive system of decision-making, a conflict resolution mechanism and a separation between the nations’ politics and its administration.

Two years later, she stood for election as leader of the Assembly of First Nations. She finished ahead of incumbent chief Matthew Coon Come but lost to Phil Fontaine.

In 2004, Roberta Jamieson became president and CEO of the National Aboriginal Achievement Foundation (now Indspire), an organization that supports culturally relevant education for Indigenous youth in Canada. She is also executive producer of the annual Indspire Awards.

Under Jamieson’s leadership, Indspire provides mentorships, bursaries and scholarships to ensure that more youth on reserve graduate high school. The organization helps educators, both Indigenous and non-Indigenous, validate students’ Indigenous identities and ways of learning to strengthen their sense of inclusion in a larger community. “We need to bust the myths and stereotypes about our people that continue to abound,” Jamieson remarked in a 2016 interview with Chatelaine magazine.

Roberta Jamieson is a founding board member of the Canadian Native Law Students Association. She is also the founding chair of ImagineNATIVE, an international media arts festival that showcases the work of Indigenous artists in an array of digital formats.

Jamieson was a founding board member of the Centre for Research in Women’s Health, a board member of the Royal College of Physicians and Surgeons, a member and vice-chair of the Health Council of Canada, the Ontario Press Council and the Canadian Policy Research Network. Jamieson has served as an advisory committee member to the Minister of Heritage Canada on the National Gathering on Aboriginal Artistic Expression and on the National Gathering on Cultural Tourism. She also sits on the board of the Empire Club of Canada.

Roberta Jamieson lives with her Seneca husband Tom Hill at Six Nations. Hill is a globally recognized scholar and curator of Indigenous history and culture who received a Governor General’s Award in 2004. Their daughter Jessica attended McMaster University. They have a granddaughter, Daisy.