Sandra Marie Perron, army officer, businesswoman, women’s rights advocate (born 29 December 1965 in Portage la Prairie, MB). Perron made history as the first female Regular Force infantry officer in the Canadian Army. She later wrote a memoir about the obstacles she overcame to achieve her goals. This article contains sensitive material that may not be suitable for all audiences. 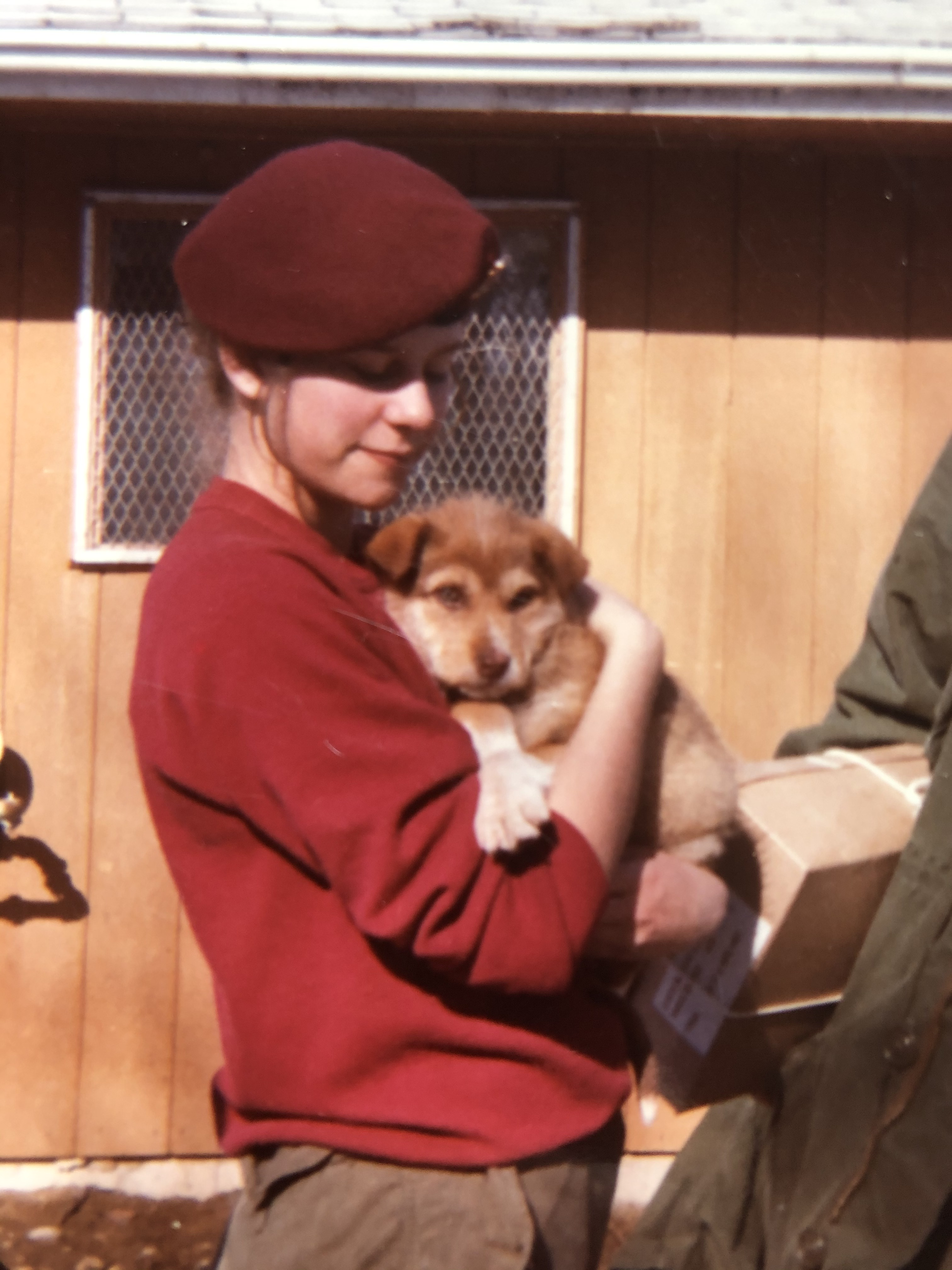 Perron came from a military family and lived in towns and cities across Canada, from Quebec to British Columbia. From 1979 to 1984 she was in the Royal Canadian Army Cadets in Edmonton, Alberta, where she achieved lieutenant rank. She was one of the few cadets to earn Basic Parachutist wings and attained the gold level of the prestigious Duke of Edinburgh’s Award, a self-improvement program. 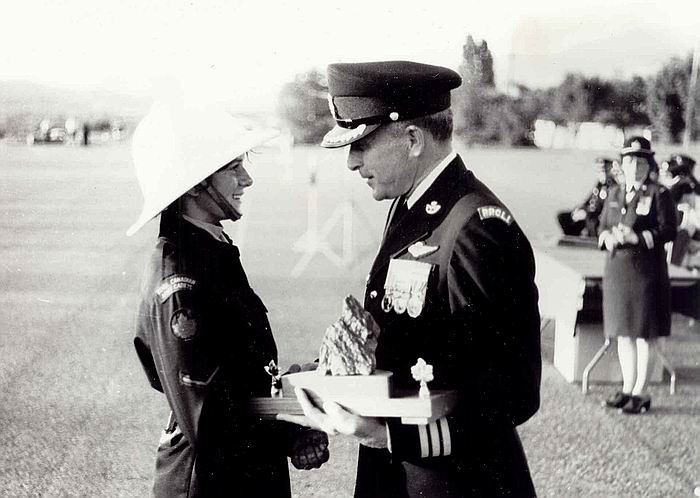 Perron joined the Canadian Forces in 1984 through the Regular Officer Training Plan. After basic training at CFB Chilliwack, British Columbia, she began studies at the University of Winnipeg. In the summers, she took logistics courses at CFB Borden in Ontario.

During her first summer at Borden, Perron was raped by a more senior student in his room, became pregnant and had an abortion. She did not report it because she thought she would be held responsible. Perron graduated with a Bachelor of Arts Degree in Economics in 1988. She was posted to 5th Service Battalion at CFB Valcartier, Quebec, as a lieutenant and transport officer. In 1989, she received an early promotion to captain. 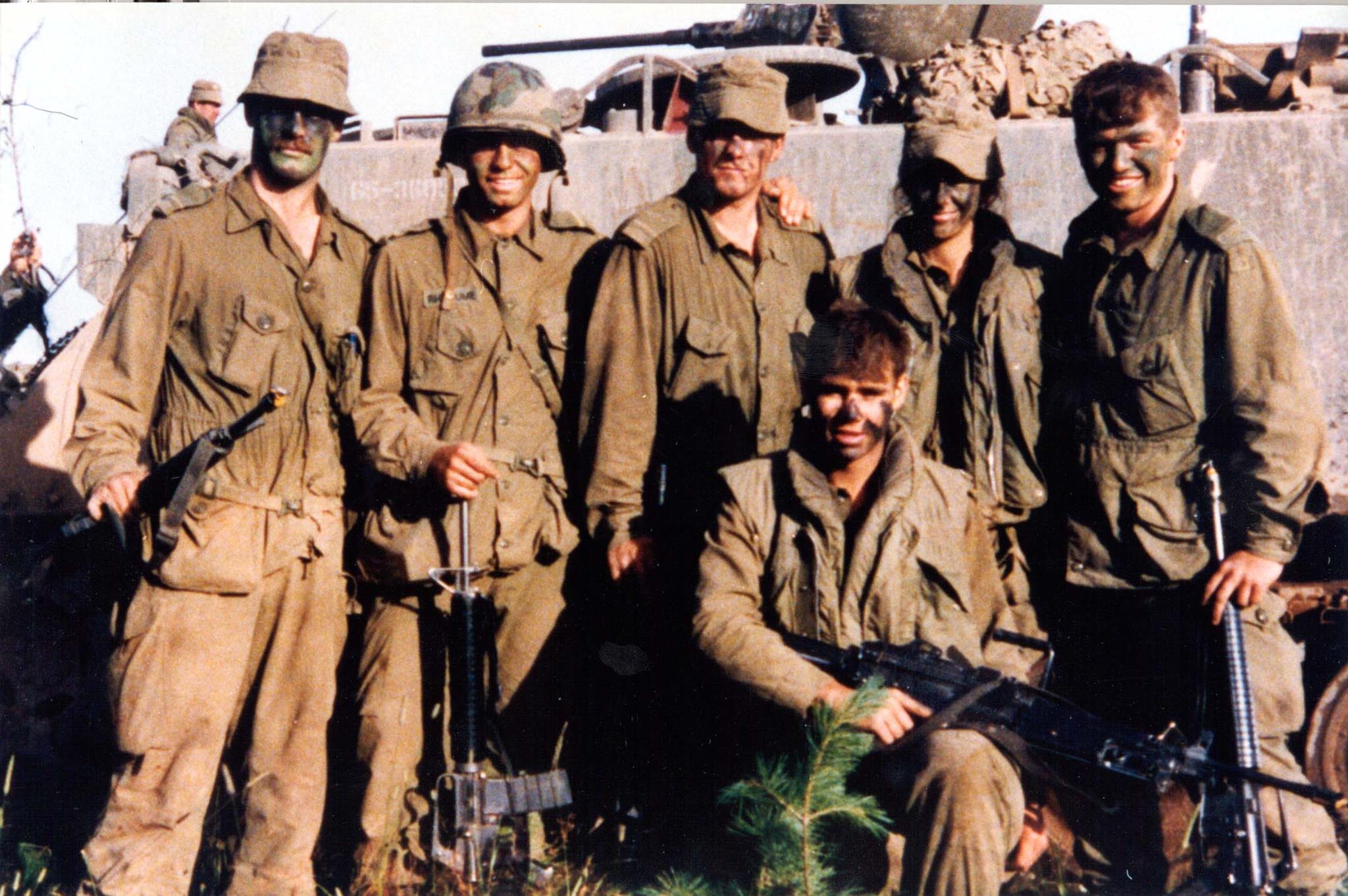 When the combat arms were opened to females in 1989, Perron transferred to the infantry. She began phase training at the Infantry School at CFB Gagetown, New Brunswick, in 1991. According to Perron’s memoir, she was harassed and bullied by her fellow students during infantry training.

Several of them sabotaged her kit, made vulgar comments to her and withheld essential information from her. In her memoir, Perron recounted being taken “prisoner” on an exercise in the winter of 1992, tied to a tree, punched and left slumped over in the snow for four hours, some of the time barefoot.

According to Perron, some of her worst tormentors were the “gentlemen cadets” from the Royal Military College, many of whom later rose to senior rank. Support from staff and instructors at the Infantry School was mixed. Generally, Perron found warrant officers and senior NCOs more supportive than officers. 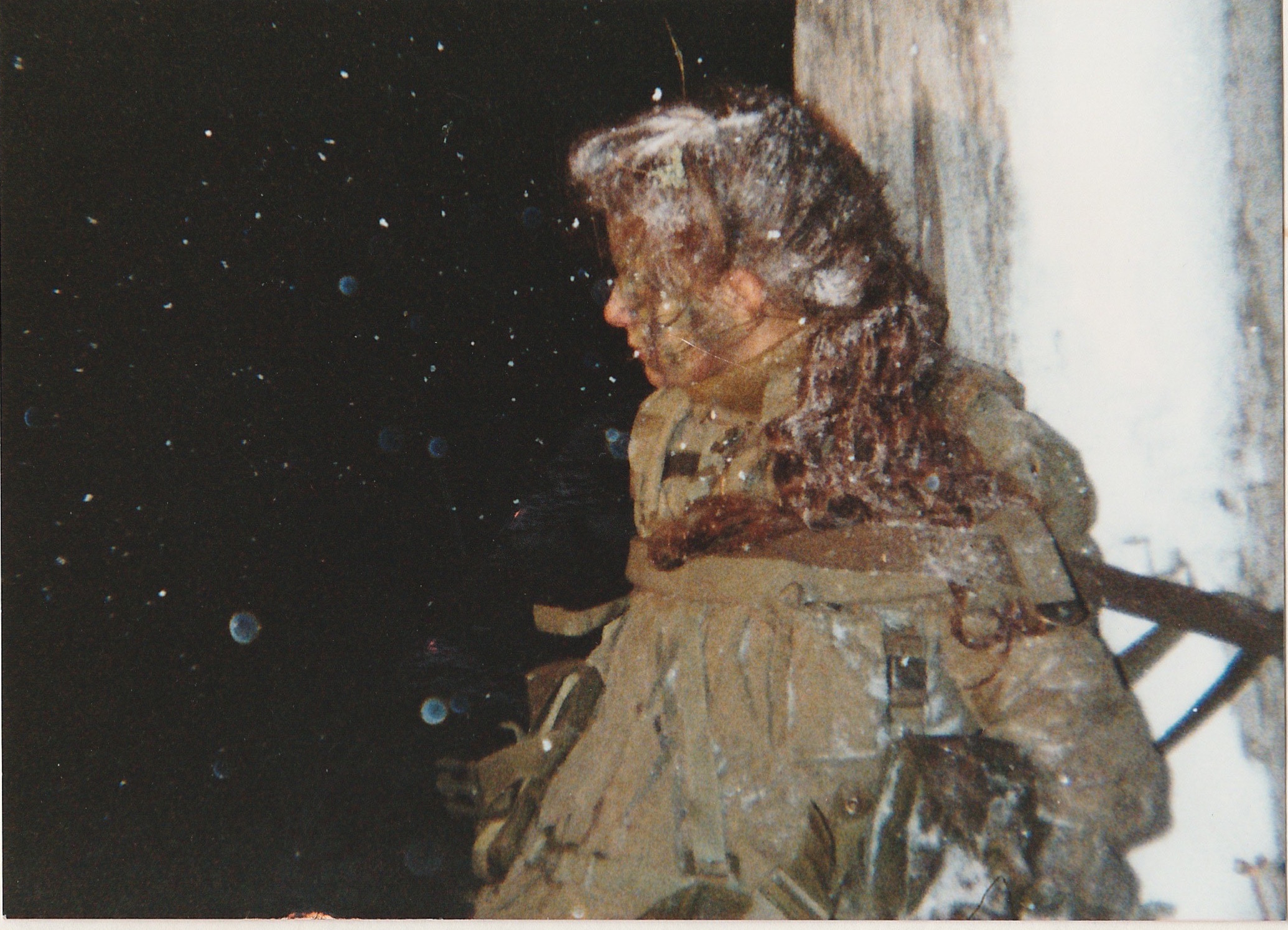 Captain Sandra Perron was tied to a tree during a prisoner of war exercise during Phase 3 Infantry Training at CFB Gagetown, spring 1991. When photographs of this incident appeared on the front page of several newspapers a few years later, they caused universal outrage.

On completion of infantry training in 1992, Perron fulfilled her lifelong dream and was posted to the Royal 22e Régiment, Canada’s only francophone Regular Force infantry regiment — colloquially known in English as the “Van Doos.” She deployed twice on six-month peacekeeping missions in the former Yugoslavia with the Van Doos’ 2nd Battalion. In Bosnia in 1993, she was assistant operations officer at battalion headquarters. Much to her frustration, this kept her from the front lines. 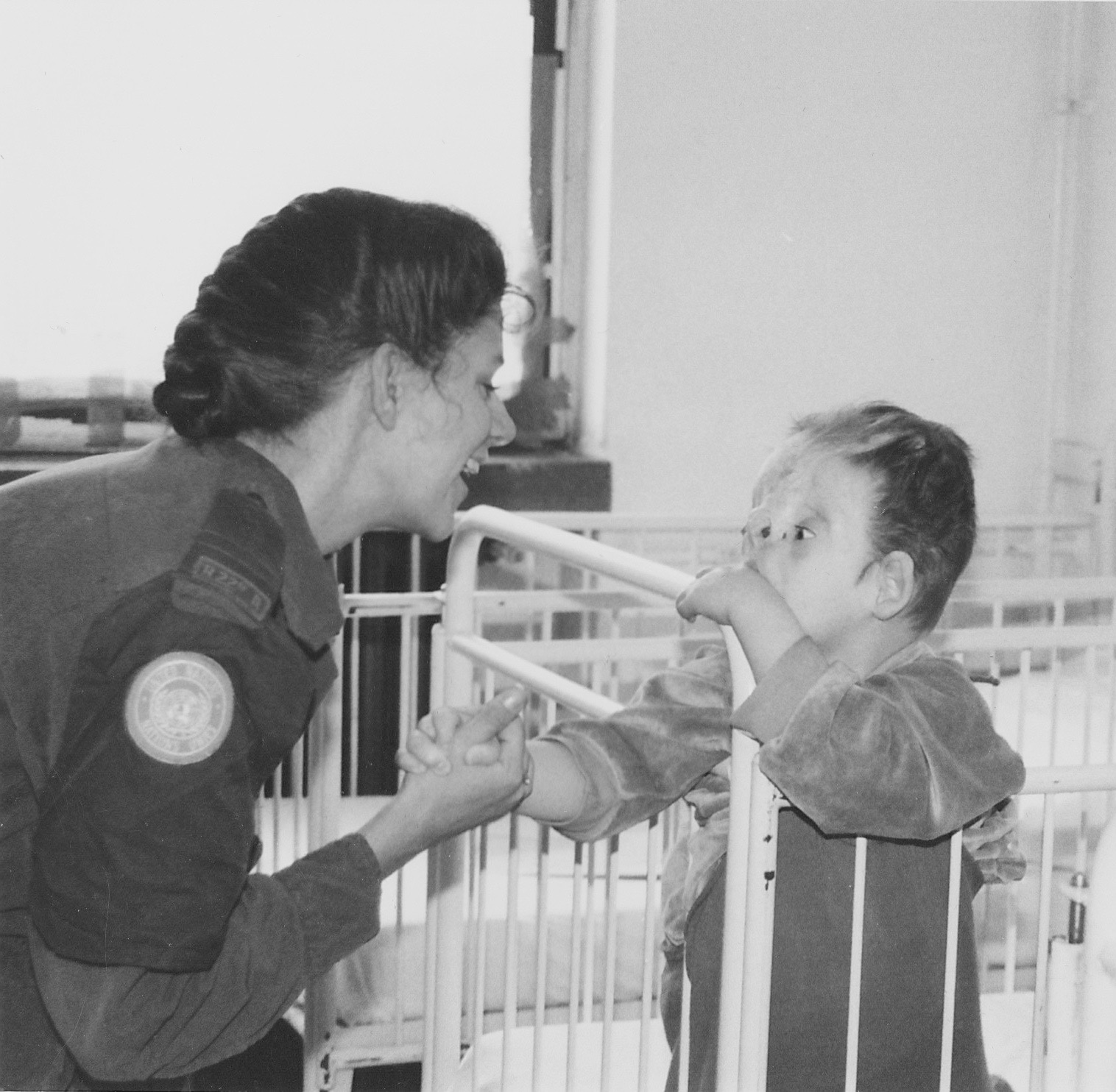 After Bosnia, Perron qualified as the top student on the TOW (Tube-launched, Optically tracked, Wire-guided) antitank missile course. She commanded the battalion’s 42-man TUA (TOW Under Armour) platoon mounted in armoured personnel carriers. Her time as TUA platoon commander in Croatia in 1995 was the highlight of her military career. She received commendations for her actions in efficiently setting up and running a camp for 800 Serbian refugees.

Perron left the Army in 1996 after being assigned a job at the infantry school that she considered “very junior” for her rank and qualifications. Although she loved the army as an institution and had never spoken out against it, for her the “daily microaggressions” eventually became too much. 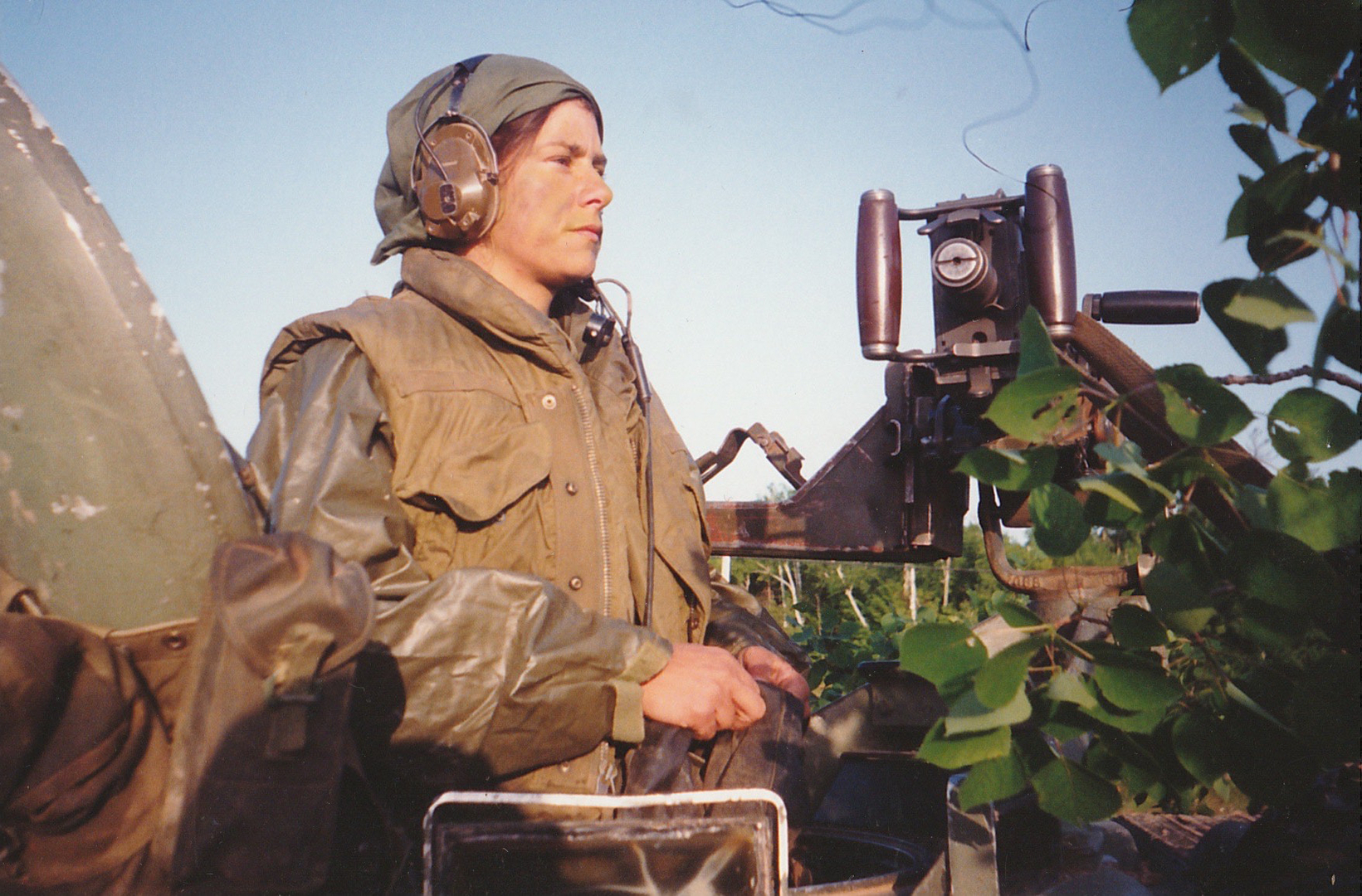 Captain Sandra Perron in the crew commander’s hatch of an APC during a patrol on her Anti-Armour Course, CFB Gagetown, fall 1994.

Perron returned to her roots in 1996 when she became a member of the Cadet Instructors Cadre (CIC), the organization that instructs cadets. She was promoted to major in 1998 and left the CIC in 2003.

After release from the Army, Perron started a consulting company and then worked for General Motors and Bombardier Aerospace. She also built and operated a Petro-Canada service station in Montreal. She earned a Master of Science degree in International Relations from University College in Dublin, Ireland.

In 2000, Perron founded Imagine, a non-profit organization mentoring an orphans’ school in Tanzania. In 2013, she became a senior partner at A New Dynamic Enterprise, an Edmonton-based consulting firm. Perron conducts workshops in leadership, diversity and critical incident stress debriefing.

In 2017, Perron published Outstanding in the Field: A Memoir by Canada’s First Female Infantry Officer. In the book, she described her military career and the many hardships she experienced, as well as the institutional sexist barriers she faced during infantry training and regimental duty. According to Perron, most infantry officers could not accept the idea of a female in their previously all-male bastion.

Perron’s book was well-received, winning the 2017 Quebec Writers’ Federation Mavis Gallant Prize for Non-Fiction. Human rights activist and journalist Sally Armstrong noted, “This book is a must-read.” The Globe and Mail called it “A revealing and moving memoir,” while Maclean’s said it was “Remarkable.” It was one of 15 books on CBC’s Canada Reads 2018 longlist.

A French edition of the book was published in 2018 as Seule au Front, while Quebec’s GPA Films has purchased the movie rights.

Perron was a trailblazer for many women. Several women have since served in the infantry as officers, and one (Major Eleanor Taylor) has commanded troops in combat. (See Women in the Military.)

At a Van Doo mess dinner, Lieutenant-General Maurice Baril, then Chief of the Land Staff and a Van Doo himself, said, “Captain Perron was… one in a million. She should have been recognized as one of our top officers and we should have done everything in our power to keep her... We did quite the opposite and we should be ashamed.”