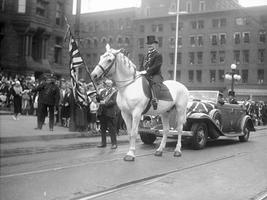 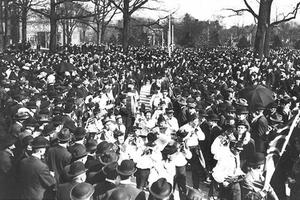 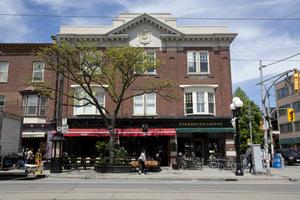 The Orange demonstration of 12 July 1873, "was probably the best that ever took place here," a New York Times reporter wrote of the Orange Order parade in Toronto. Toronto was known far and wide for being Orange. "Seventy-four Orange and twelve Young Briton Lodges paraded the streets, with 21 bands of music and 35 banners. In the afternoon the processionists assembled at Queen's Park, where speeches were delivered by prominent officials."

It is hard to exaggerate the prevalence of the Orange Order in Toronto in the 19th century and for a good part of the 20th. The Order's origins date from the victory of Protestant William of Orange against Catholic King James at the Battle of the Boyne in Ireland 12 July 1690. The Order founded their first lodge in 1830 in Brockville, but their greatest presence was in Toronto, often called the "Belfast of Canada," where they dominated the mayor's office, police force, fire department, post office and waterworks. Even Prime Minister John A. Macdonald was a member.

With its vehement Protestantism and British imperialist loyalties, the Order was often at the centre of sectarian conflict and sometimes violence, as witnessed in the Jubilee Riots of 1875. Always its centerpiece was the annual July parade, which involved thousands and declared the Order's territorial hold on the city.

The Orange influence waned through the 20th century with the evolution of Toronto into multiculturalism, the waning of imperialism and the marginalization of the old religious animosities.