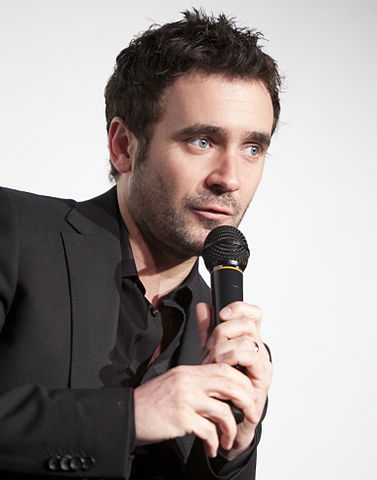 Allan Hawco speaks to students at the Vancouver Film School on 17 January 2012.

The youngest of four children, Hawco grew up in St. John’s, where his mother was a teacher and his father was a part-time fisherman and ferry operator. Extremely active in high school, Hawco played hockey, took Tae Kwan Do (he now holds a black belt), headed the Student Council, participated in the drama club and worked several part-time jobs. Through his older brother, Greg (a composer who has written music for some of Allan’s productions), he became good friends with Great Big Sea’s Alan Doyle.

After graduating from high school, Allan Hawco “took a detour” and studied business at Memorial University of Newfoundland. However, he dropped out to focus on his first love, acting. He appeared in various plays around St. John’s, including a Shakespeare by the Sea production of Macbeth. In 1997, he was one of 13 people selected from thousands of applicants to attend the National Theatre School (NTS) in Montreal.

After graduating from the NTS in 2000, Hawco worked onstage in Montreal and Toronto with such noted theatre companies as Centaur, Soulpepper, Canadian Stage and Theatre Passe Muraille. In 2003, he landed guest roles in the syndicated TV series Sue Thomas: F.B.Eye and Mutant X, and the CTV series The Eleventh Hour. In 2004, he scored a supporting role in the CBC TV movie H2O, a political thriller written by and starring Paul Gross.

Hungry for more quality work, Hawco and actor Philip Riccio co-founded The Company Theatre in 2004. They drew rave reviews with their debut production of Tom Murphy’s A Whistle in the Dark, co-starring Hawco. The play was praised by the Toronto Star’s Richard Ouzounian as “the most muscular piece of theatre we’ve seen in Toronto for some time.” It received two 2005 Dora Award nominations, including Outstanding Production. 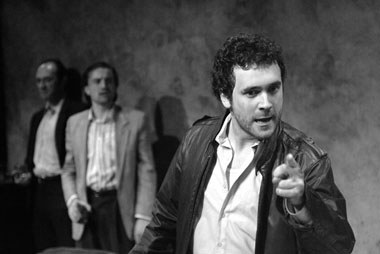 Hawco then landed supporting roles in the CBC mini-series Above and Beyond (2006), about the Ferry Command during the Second World War; Sir Richard Attenborough’s feature film Closing the Ring (2007), with Christopher Plummer, Shirley MacLaine and Neve Campbell; and the H2O sequel, The Trojan Horse (2008). He also had lead roles in The Movie Network’s Balkan War mini-series, ZOS: Zone of Separation (2009), and John N. Smith’s feature film Love & Savagery (2009), about a Newfoundland man who falls in love with a convent-bound woman in 1960s Ireland. That performance earned Hawco an ACTRA Award nomination for Outstanding Male Performance.

In 2008, he co-starred with Eric Peterson, Rosemary Dunsmore and Nicholas Campbell in The Company Theatre’s adaptation of the Danish Dogme film Festen (The Celebration). It was nominated for three 2009 Dora Awards, including Outstanding Production of a Play.

With his star on the rise, Hawco pitched CBC TV an idea for a populist comedy-mystery series about a father-son private eye team in St. John’s. The show would borrow heavily from The Rockford Files and Magnum, P.I. while foregrounding the local colour of its Newfoundland setting. Hawco starred in the show, which he co-created through his production company, Take the Shot Productions. He also served as executive producer and head writer.

Upon the debut of Republic of Doyle, the Toronto Star called it “smart and fun… [and] cause for some genuine excitement on the Canadian TV front.” The light-hearted, upbeat series became one of the most popular Canadian television shows of its time, averaging two million viewers in its first two seasons. It also earned 2010 Gemini Award nominations for Best Dramatic Series and Best Actor in a Leading Dramatic Role. It has since been broadcast in more than 90 countries.

Hawco served as executive producer on Frontier, which was produced through his company, Take the Shot Productions. An action-adventure series set during the 18th century fur trade,   Frontier was shot largely in Newfoundland and Labrador and Nova Scotia, and featured Hawco alongside Jason Momoa and Shawn Doyle. The series received lukewarm reviews after debuting on Discovery Channel Canada and Netflix in 2016,  though the Globe and Mail’s John Doyle praised it as “a stunningly opulent, wildly entertaining romp… blessedly lacking in earnestness and devoted to fast-paced action.” Frontier ran for three seasons and was nominated for multiple Canadian Screen Awards and Directors Guild of Canada Awards.

Following the end of Republic of Doyle in 2014, Hawco played Solomon Lindo in Clement Virgo’s adaptation of Lawrence Hill’s The Book of Negroes, as well as a Canadian soldier in Afghanistan in Paul Gross’s action drama Hyena Road (2015). He also co-starred with Molly Parker in Weirdos (2016), a teen road-trip drama set in Cape Breton in the 1970s, written by Daniel McIvor and directed by Bruce McDonald.

Hawco also produced and starred in Caught (2018), a CBC TV limited series based on the best-selling novel of the same name by Lisa Moore, and had a supporting role in CBC’s short-lived reboot of Street Legal (2019).

In 2011, Hawco received the Gascon Thomas Award from the NTS for “exceptional contribution to the growth of theatre,” as well as the Outstanding Achievement Award from Playback’s Canadian Television Hall of Fame, which was presented to him by Gordon Pinsent.