Researching Black Soldiers in the CEF

During the First World War, the Canadian Militia didn’t note the ethnicity of servicemen. It is therefore difficult to identify Black servicemen from military records. The author has identified Black soldiers by comparing documents from the 1901 and 1911 censuses and military service records of the First World War. The numbers provided in this article are therefore conservative; it is likely that more Black Canadians volunteered in the CEF.

Many Black Canadians tried to enlist during the first two years of the war; at least 200 were rejected. This was due to racist attitudes at the time; some were told it was a white man’s war while others were told their services were not needed. Some white men informed recruiting officers that they refused to serve with Black men. Despite this, some Black men were able to join. At least 13 Black volunteers enlisted in 1914 and a further 64 in 1915. The big jump occurred in 1916 when 739 enlisted; at this time, No. 2 Construction Battalion began recruiting.

No. 2 Construction Battalion was formed on 5 July 1916. In August, Militia Headquarters issued orders that allowed Black soldiers to transfer to that unit if they wished. Of the Black soldiers then in Canada, only 23 decided to transfer; 70 Black soldiers did not, preferring to remain with their battalions. In 1917, the number of Black volunteers dropped to about 208, and even lower to 69 in 1918, when many Black men were conscripted.

Not all who enlisted were allowed to serve, however. Some Black volunteers were discharged by their battalions when white soldiers refused to serve with them. In some cases, the reason noted on their files for their discharge was that they were “undesirable.” The best-known case of this was 20 Black men who enlisted in the 104th Battalion in Saint John, New Brunswick, on 8 November 1915 and were released on the 15th. Other Black soldiers were released because of the colour of their skin.

By July 1917, at least 66 battalions and 10 other units that served at the front had accepted Black volunteers. (That month, Militia Headquarters began enlisting recruits in depot regiments rather than battalions.) In most cases, these units accepted between one to five soldiers per unit, although some battalions accepted more.

The 106th Battalion accepted 17 Black volunteers while the 112th Battalion enlisted 12. The 206th had 10 and the 168th eight. While stationed in Bermuda, the 163rd Battalion enlisted at least 18 as servants for officers. Fifteen of them were released before the battalion sailed to the United Kingdom.

Black soldiers were part of the CEF from the first days of combat. There were at least seven Black soldiers among the battalions of the first Canadian contingent that arrived in the United Kingdom in October 1914. Between March and May 1915, they arrived in France with the 1st Canadian Division and participated in the first battles of the CEF. Four of them died of wounds or were killed in action. The first known Black casualty was Private Charles Green, who died on 26 April 1915 of wounds he received during the Second Battle of Ypres.

Did you know?
At least 27 Black Canadians participated in the Battle of Vimy Ridge.

Service ran in some families. It was not uncommon to find brothers or cousins enlisting. Four Post brothers from Ottawa served. James Post enlisted on 25 July 1915 and served with the 4th Battalion, Canadian Mounted Rifles. He was still underage when he was awarded the Distinguished Conduct Medal. His brother Joseph was also underage when he enlisted in Valcartier on 22 September 1914. He was later awarded a Military Medal.

Many Black Canadians served in combat and combat support units from 1914 to 1918. The majority, however, served in No. 2 Construction Battalion, which was assigned to the Canadian Forestry Corps (CFC). By mid-1917, the Headquarters, Overseas Military Forces of Canada (OMFC) began to hold back Black soldiers arriving in the United Kingdom. Instead of using them as reinforcements for battalions at the front, the OMFC began sending them to the CFC. As a result, of more than 80 soldiers who arrived in the second half of 1917 and through 1918, only seven made it to front line units. The rest served with the CFC.

In August 1918, the CFC provided companies to the Royal Air Force to work on building, repairing and moving airfields. The CFC created No. 8 Company, an all-Black company (180 soldiers), and one that was 15 percent Black. The men for these two companies were Black volunteers, conscripts and some from No. 2 Construction Battalion who had remained in England.

There were only seven Black officers in the CEF. Four were members of the Canadian Army Medical Corps. Lieutenant Bertrand was the only infantry officer, while Reverend William Andrew White was the sole Black chaplain. The seventh, George Frederick Shreve, was a pilot in the Royal Flying Corps (RFC). Shreve was a gunner who requested to fly with the RFC. Even though regulations stated the RFC was for white men only, Shreve's commanding officer and RFC interviewers all recommended his transfer. In September 1918 he received his wings and flew in a supporting role in France, like hundreds of other pilots.

There were also Black sergeants in infantry battalions and in rear-echelon units. Sergeants were responsible for ensuring that orders were followed and for the welfare of their troops. At the front, they ensured their men were fed and equipped and issued the daily rum ration; they also led and directed them in battle under the overall control of their officers.

John Bright, for example, enlisted in Hamilton on 15 April 1915. He arrived in France in September 1915 to serve with the 1st Battalion. In June 1916 he suffered crushed ribs when an artillery shell buried him, after which he was sent to England to recover. He only returned to the 1st Battalion in May 1917. Bright was promoted to corporal in November and to lance sergeant in February 1918. In March, he was awarded the Military Medal for his bravery under shellfire at the Battle of Passchendaele in November 1917. Sergeant Bright was killed in action on 30 August 1918, during the Hundred Days Campaign that ended the war.

There were also two notable sergeants in the Canadian Army Medical Corps. Dominique Francois Gaspard and Charles Roman Lightfoot were medical students when they enlisted. As wardmasters they helped treat white soldiers, which in a period of endemic racism in Canada meant that they had to use all their interpersonal skills to convince patients to follow their directions. Both returned to Canada in July 1917 when the Canadian military directed that medical students be repatriated to continue their studies. Both had distinguished careers in their communities. 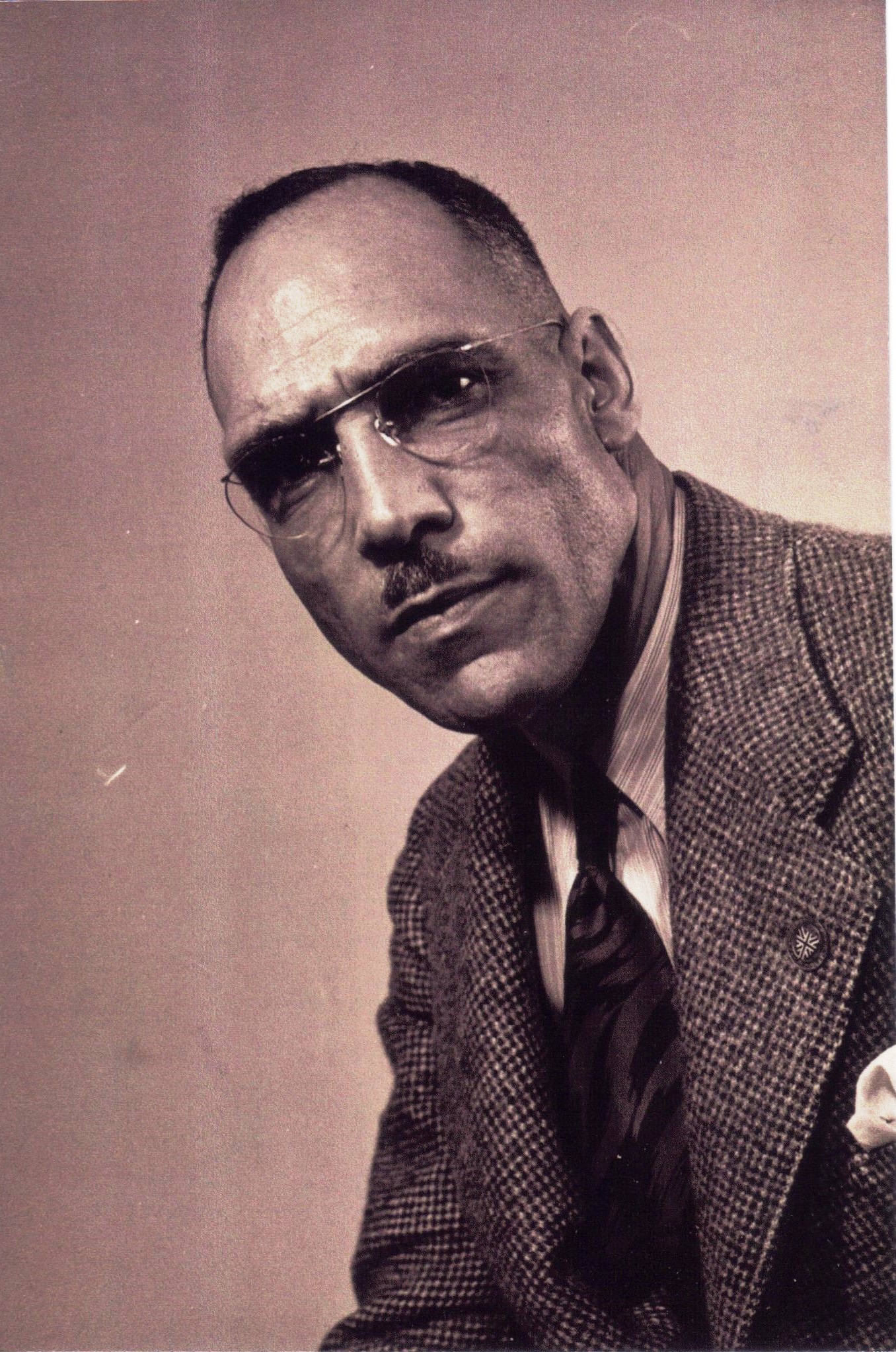 Between 1,100 and 1,300 Black men volunteered for service in the CEF, of whom about 760 enlisted directly in No. 2 Construction Battalion. A further 300 to 500 volunteered for service in combat or combat support units. By the end of the war, about 100 Black volunteers served in front line units, such as infantry battalions, or with artillery, cavalry or engineer units. They were awarded two Distinguished Conduct Medals, one Military Cross and seven Military Medals in total.

Approximately 60 Black Canadian volunteers died during the war. This included at least 32 of those who served on the frontlines, the majority of whom were either killed in action or died of their wounds. Another 26 men of the No. 2 Construction Battalion died, most from illness or accident. 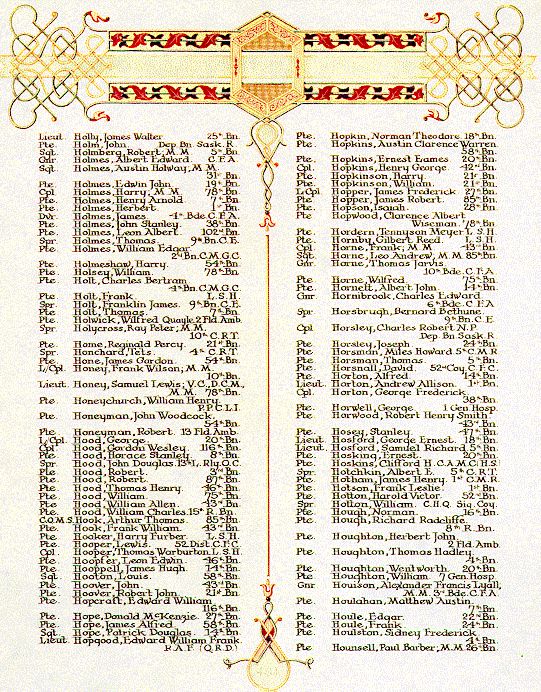