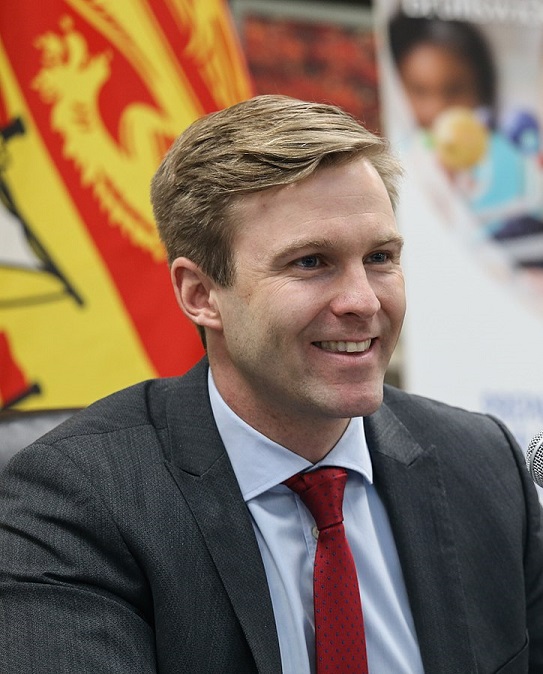 Then Premier Brian Gallant on 7 April 2017

Gallant was born in the Acadian community of Shediac Bridge to Pierre Gallant (of Acadian heritage) and Marilyn Scholten (daughter of Dutch immigrants). He earned a Bachelor of Business Administration and a Bachelor of Laws at l’Université de Moncton, where he was president of the student federation. He also earned a Master of Laws at McGill University. After graduation, Gallant joined the law firm of Stewart McKelvey in Moncton; he later became a partner at Veritas Law in Dieppe, practicing corporate, commercial and immigration law.

While still a student at l'Université de Moncton, Gallant ran in the 2006 provincial election as a Liberal candidate in the riding of Moncton East, but lost to Progressive Conservative Bernard Lord, who was then premier. After the Liberal Party’s defeat in the 2010 election, Gallant wrote a paper recommending changes for renewal, including openness to a “new generation of leaders.”

In 2012, Gallant became a candidate for leader of the provincial Liberal Party; despite never having won a seat in the legislature, he became party leader in October. In April 2013, Gallant won a by-election in Kent; upon becoming a Member of the Legislative Assembly (MLA), he also became leader of the official Opposition.

The Liberal Party’s platform for the 2014 election focused on the creation of over 1,700 jobs through government spending on infrastructure: Gallant proposed that the province spend $900 million over six years on paving roads, repairing bridges, and upgrading other infrastructure. The Liberal platform also included creation of 6,000 daycare spaces, which would cost the province an estimated $120 million over five years.

Gallant’s main opponent, Progressive Conservative Premier David Alward, argued that economic growth would be based on expansion of New Brunswick’s shale gas industry. However, the industry’s use of hydraulic fracturing (fracking) has been controversial, and Alward’s position proved divisive in the lead-up to the election. Gallant and the Liberals, in contrast, repeated their calls for a moratorium on fracking, at least until the environmental and health risks are better understood — however, they were also criticized by political opponents, anti-fracking activists and the press for failing to clarify the length of such a moratorium and whether fracking would eventually be allowed under a Liberal government.

Abortion policy was another contentious issue during the 2014 campaign. In April 2014, Liberal members of the legislature passed two resolutions related to abortion; one called for “access to a full range of publicly funded family planning information and services” while the second called for “improve[d] access to reproductive health services that meet national standards and respect the Canada Health Act.” This Liberal initiative caused some backlash during the 2014 election campaign, as anti-abortion protestors distributed graphic postcards showing an aborted fetus beside a picture of Gallant, with the caption, “A vote for Brian Gallant and the Liberals is a vote for this.” Like federal Liberal leader Justin Trudeau, Gallant stated that Liberal MLAs would be expected to support access to abortion.

Most polls gave Gallant the lead during the campaign. However, only days before the election, Gallant gave two interviews on CBC News that were labelled by some an “unprecedented disaster.” During an interview with host Harry Forestell, Gallant stated that his party wanted to increase taxes for anyone earning over $500,000 per year, and that this would affect 200 people in the province. However, the policy was in fact targeted at anyone earning over $370,000 per year — around 600 people. Later that day, CBC recorded a second interview with Gallant during which he corrected his mistake, explaining that a staffer had worked until early that morning to provide the numbers. Forestell expressed surprise that the Liberals were still “crunching numbers” so late in the campaign. Gallant’s mistake provoked comments about his lack of experience, particularly by his political opponents.

Despite this gaffe, in the election on 21 September 2014, Gallant won his riding while his party won a majority government (27 seats compared to the Progressive Conservatives with 21 and the Green Party with 1). Despite problems with voting technology and a call by some Conservatives for a manual recount, Premier Alward conceded defeat the next day and offered his congratulations to Gallant, who became the country’s youngest premier.

Premier Gallant and his cabinet were sworn in on 7 October 2014. One of his government’s first measures was to impose a moratorium on the shale gas industry. In March 2015, the government appointed a hydraulic fracturing commission to investigate the issue and make recommendations. The two primary concerns were the treatment of wastewater from fracking sites and the lack of consultation with First Nations on the part of the shale gas industry. Criticizing the industry for failing to address these concerns, the Liberals extended the moratorium indefinitely. In contrast, the Liberals supported TransCanada Corporation’s proposed Energy East pipeline project, emphasizing its potential for job creation and regional development. (TransCanada cancelled its plans for the Energy East pipeline in October 2017.)

On the health-care front, Gallant angered some of his provincial counterparts in December 2016 when he negotiated a bilateral health-care funding deal with Prime Minister Justin Trudeau. The federal and provincial governments had been negotiating a new national agreement, but talks collapsed when they could not agree on the annual rate of increase for federal funding. Gallant’s bilateral deal with Ottawa resulted in an additional $230 million in health-care funding over 10 years for New Brunswick. Although he was criticized for cutting a separate deal with the federal government, other provinces and territories soon followed suit. More controversial was the decision to transfer management of New Brunswick’s home health-care program and 811 health advice line to Medavie Health Services New Brunswick, a private provider of emergency medical services (services remained free for patients). 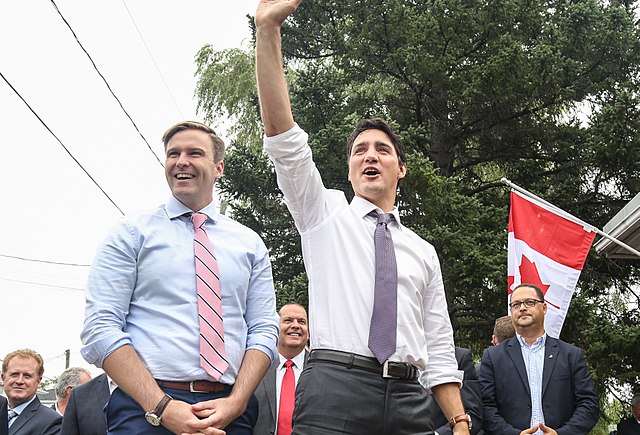 During the 2014 election campaign, the Liberal Party had promised to create at least 10,000 new jobs in New Brunswick. By May 2018, toward the end of their four-year mandate, the party claimed that it had exceeded that goal, with over 15,000 new jobs created through public spending on infrastructure and support for business start-ups and expansions, among other initiatives. However, as Progressive Conservative leader Blaine Higgs pointed out, private-sector employment declined in this period. According to Statistics Canada, New Brunswick gained only 1,500 jobs overall between October 2014 and August 2018 — the slowest growth rate in the Maritimes and one-tenth the national average over the same period.

In the lead-up to the provincial election of September 2018, the Liberals faced criticism over job losses, public spending and the privatization of health-care management, as well as controversy over the fracking moratorium and plans for a tungsten and molybdenum mine near Stanley (approximately 30 km northwest of Fredericton). The Liberal platform during the 2018 provincial election campaign emphasized “fairness and opportunity” in the economy, education, health-care, environment and women’s equality. Election promises included a four-year freeze on power rates, increase in the minimum wage, expansion of the free child-care program for low-income families, better access to health care both in urban and rural areas, pay equity for women and continuation of the moratorium on hydraulic fracking.

In the provincial election of 24 September 2018, Gallant retained his seat in Shediac Bay-Dieppe. However, the Liberal Party won only 21 of the legislature’s 49 seats, while the Progressive Conservatives under Blaine Higgs won 22 seats. Both the Green Party of New Brunswick and the People’s Alliance of New Brunswick won three seats. In terms of the popular vote, Gallant’s Liberal Party were six percentage points ahead of the Progressive Conservatives, owing to stronger support from francophone voters in northern New Brunswick.

Despite winning fewer seats than the Progressive Conservatives, Gallant did not concede the premiership. In a parliamentary system, the incumbent government continues until it resigns or is dismissed by the lieutenant-governor. Gallant met with Lieutenant-Governor Jocelyne Roy Vienneau the morning after the election and received permission to continue governing the province, providing he could retain the confidence of the legislature. To remain in power, the Liberals required the support of both the Green Party of New Brunswick and the People’s Alliance of New Brunswick. On 2 November 2018, Gallant delivered his government’s throne speech but was defeated in a confidence vote (25–23). Twenty Liberals and three Green Party MLAs voted in support of the government, while 22 Progressive Conservatives and three People’s Alliance MLAs voted against it.  Gallant resigned as premier, and Blaine Higgs was sworn in as New Brunswick’s 34th premier on 9 November 2018.

On 15 November 2018, Gallant announced that he would step down as Leader of the Opposition and Leader of the Liberal Party once a new party leader was chosen.