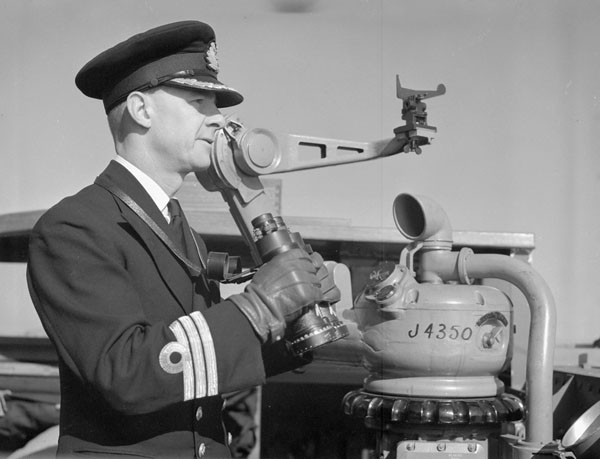 Harry DeWolf was born in 1903 in Bedford, Nova Scotia. He was 15 years old when he entered the Canadian navy as a cadet at the Royal Naval College of Canada in Esquimalt, British Columbia. Between 1921 and 1925, he trained with the Royal Navy. He returned to Canada in 1925 and joined the HMCS Patriot, one of Canada’s two destroyers. Later postings included First Lieutenant (Executive Officer) of the destroyers HMCS Vancouver (1932) and Skeena (1933). In 1934, he was promoted to lieutenant-commander and in 1935, he was named Assistant Director of Intelligence and Plans at the National Defence headquarters in Ottawa.

Shortly after the Second World War began, Lieutenant Commander Harry DeWolf became commanding officer of the HMCS St. Laurent. The ship performed Atlantic convoy duty out of Halifax (see Battle of the Atlantic) until assisting in the evacuation of Dunkirk in late May/early June 1940. (For more information about Dunkirk, see James Campbell Clouston.) In July 1940, while on antisubmarine duty west of Ireland, DeWolf and the St. Laurent rescued 857 survivors of a torpedoed British liner, Arandora Star. The ship had been carrying German and Italian prisoners of war and interned aliens from Liverpool to St. John’s, Newfoundland, when it was sunk by a German U-boat. In total, 805 others aboard the ship died. DeWolf was mentioned in dispatches twice in 1940 and was promoted to commander.

Did you know?
Harry DeWolf was one of Canada’s most decorated naval officers. In an ironic twist, he suffered from seasickness during his entire naval career and said he could only sleep while sitting up. 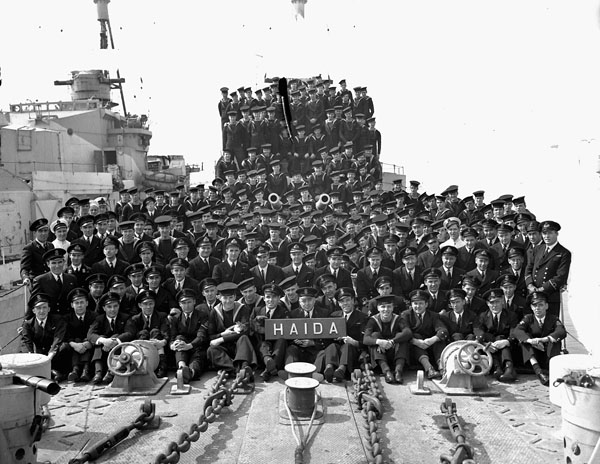 In 1943, Harry DeWolf became commanding officer of HMCS Haida, one of eight Tribal Class destroyers in the Canadian navy during the Second World War. The Haida first escorted supply convoys to the Arctic port of Murmansk in the Soviet Union. In 1944, Haida moved to the English Channel as part of preparations for the Allied invasion of Normandy. Under DeWolf’s command, Haida sank more than a dozen enemy ships, the most of any ship in the Canadian navy. He was nicknamed “Hard-Over Harry” because of his dramatic manoeuvres and sharp turns. However, DeWolf was criticized by the British for being too “tenacious” during the sinking of the German battlecruiser Scharnhorst (Haida’s first “kill” or battle honour). He reflected on this in an interview for Sinking Ships and Saving Men (1999), a documentary about the Haida, when he was 95 years old. DeWolf said the criticism was fair, since they had bombarded the enemy ship too long to ensure it sank. According to DeWolf, the Haida had been ruthless — out of fear.

DeWolf is also known for rescuing survivors of Haida’s sister ship, HMCS Athabaskan. The latter was hit by a German torpedo and sank on the night of 29–30 April 1944. In the run up to D-Day, the Canadian destroyers regularly departed at night from Plymouth, England, to clear the English Channel of enemy vessels. After Athabaskan went down, DeWolf pursued a German destroyer, forcing it aground on the French coast, while damaging another. He and his crew then picked up 42 members of Athabaskan during a short stop at the disaster site. But with the sun about to come up and men still in the water, he gave the order to pull away, concerned Haida would be a sitting duck for German dive bombers. “We’ve lost one ship, we can’t afford to lose two,” he said, adding it was easier to give such an order from up on the bridge (where he couldn’t see the faces of the men he had to leave behind). One hundred and twenty-eight men died, while another 85 were rescued by the Germans and became prisoners of war. 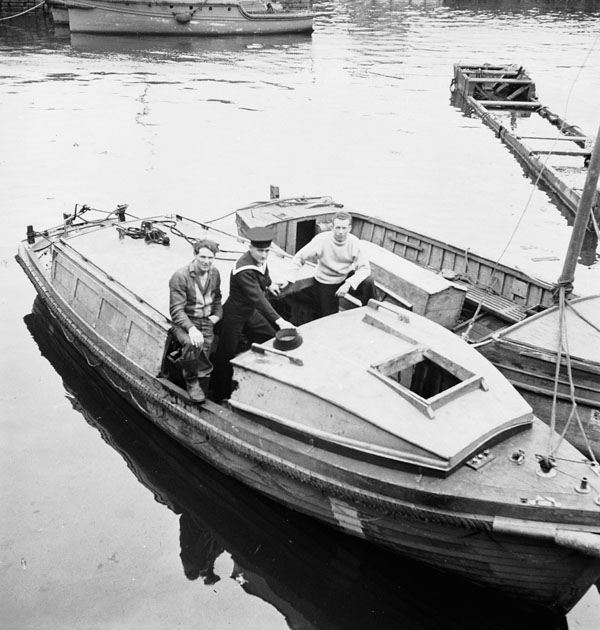 One of the Athabaskan survivors, Bill Connolly, was interviewed for the Haida documentary. Connolly said he was swimming toward the ship and only about 20 feet away when the Haida left. Years later, he described meeting DeWolf at a naval ceremony. Admiral DeWolf apologized for leaving him in the water, but Connolly shook his hand and said he forgave him. In the documentary, Connolly remarked that he thought it had been foolish for DeWolf and the Haida to stay as long as they had.

In spite of his successes in battle, DeWolf did not consider the war a glorious time. He later recalled being haunted every Christmas by the thought of German families that couldn’t celebrate with their fathers “because of me.” According to Fred Ware, a Haida wireless operator who served under DeWolf, “he had an aura of kindness about him, of benevolence…whatever it was, he would do the right thing.” 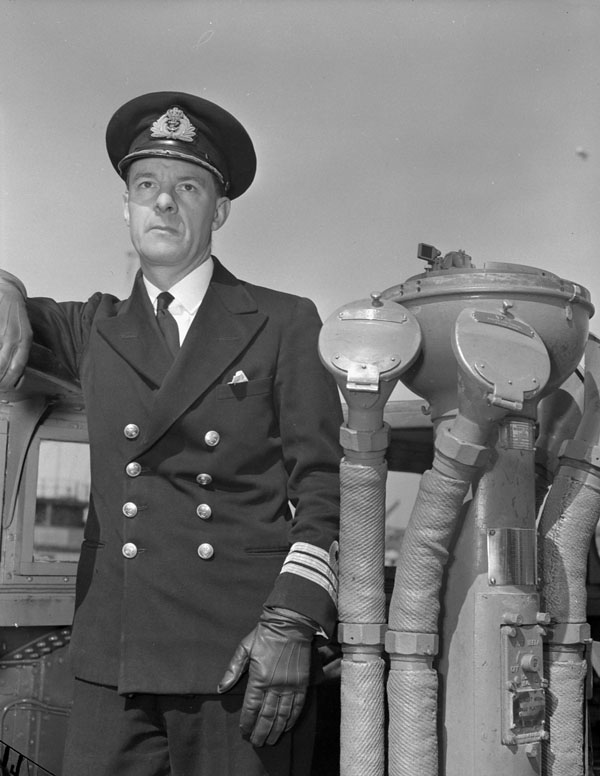 In 1944, Harry DeWolf was promoted to the rank of captain(N). He rose to commodore in 1947 and assumed command of the aircraft carriers HMCS Warrior (1947) and then HMCS Magnificent (1948). After his promotion to rear-admiral in 1948, DeWolf became Flag Officer Pacific Coast (FOPC). Two years later, he was appointed Vice Chief of the Naval Staff. In 1952, he became Principal Military Adviser to the Canadian ambassador to the United States and Chairman, Canadian Joint Staff in Washington, D.C. He was promoted to vice-admiral in 1956 and appointed Chief of Naval Staff. He was honourably released from the Canadian navy in 1961 after more than four decades of service.

Harry DeWolf died on 18 December 2000 at the age of 97. Over the course of his career, he received many honours and awards (see list below). The Admiral Harry DeWolf Park, a waterfront park in Bedford, Nova Scotia, is named after him. A new class of offshore patrol vessels is also named in his honour. The lead ship, the HMCS Harry DeWolf, was delivered to the Royal Canadian Navy in July 2020. 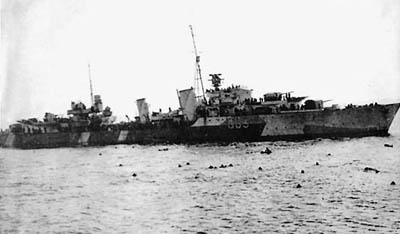