Lisa LaFlamme, OC, OOnt, journalist, broadcaster (born 1964 in Kitchener, ON). Lisa LaFlamme is known for her long and distinguished career as a high-profile television journalist. She was the first woman to host CTV National News, a role she held — as chief news anchor and senior editor — for over a decade. She was named Best National News Anchor at the Canadian Screen Awards five times. Her abrupt termination from CTV, announced in August 2022, was met with broad public outrage. She has been appointed to the Order of Canada and the Order of Ontario.
Embed from Getty Images

Lisa LaFlamme grew up in Kitchener, Ontario, the third of four daughters born to David and Kathleen LaFlamme. David was a Franco-Ontarian from Kitchener who worked as a building contractor; Kathleen was a British immigrant. After graduating from St. Mary’s High School, Lisa worked as an au pair in France for two years, where she perfected her French. She then returned to Canada and enrolled in university.

LaFlamme graduated from the University of Ottawa with an Honours Bachelor of Arts in Communications in 1988. She then took a job as a summer “fill-in” in the joint newsroom of Kitchener’s CKCO-TV, CKKW-AM and CFCA-FM. She handled a wide variety of newsroom tasks, including writing the television newscasts and preparing and anchoring radio newscasts.

LaFlamme’s career began in earnest after impressing CKCO’s news director with her work ethic; she was offered a position as a regular part-time reporter on television and radio. She was promoted to a full-time position in the news department in 1991. In 1994, she became a co-host of CKCO’s evening and nightly newscasts.

In 1997, LaFlamme sent audition tapes of her work to CTV, which was launching a new 24-hour specialty news channel, CTV Newsnet. She was hired after a lengthy process involving many candidates. LaFlamme quickly made a name for herself and became CTV Newsnet’s primary anchor in 1998. Two years later, she was promoted to become CTV’s parliamentary reporter. She was promoted again the following year to become co-anchor of the network’s flagship morning show, Canada AM. Within two years, she was named national affairs correspondent for CTV’s prime-time news program, CTV National News. During this time, she travelled extensively to cover major world events, including the death of Pope John Paul II, the 2004 Indian Ocean Tsunami, Hurricane Katrina and the 2010 Haiti Earthquake.

In 2011, LaFlamme replaced long-time CTV News anchor Lloyd Robertson as full-time anchor at CTV News. LaFlamme then became chief anchor and senior editor of the CTV National News. During her tenure in this role, LaFlamme continued reporting from abroad and covering major news events, including the aftermath of the 2015 Paris terrorist attacks, the death of Fidel Castro in 2016 and the centennial of the Battle of Vimy Ridge in 2017. She also covered the papal conclave that led to the election of Pope Francis, Nelson Mandela’s memorial service, the 2014 Olympic Winter Games in Sochi and the papal visit to Canada in 2022. LaFlamme also provided extensive coverage of Canada’s involvement in the War in Afghanistan and of numerous federal elections.


Did you know?
Lloyd Robertson enthusiastically supported having a woman, and LaFlamme specifically, as his successor. When she was announced as his replacement, he said, “Guys like me have sat in the chair for too long,” and “There aren’t enough words to express how much I admire her.”

On 15 August 2022, LaFlamme announced on social media that she had been let go from her position at CTV. She described feeling “blindsided” by the move. At the time of her dismissal, the CTV National News had been the top-ranked national news broadcast in Canada for many years. She was told it was a “business decision” by the network’s parent company, Bell Media.


Immediate public outrage at the decision followed. Many observers noted that other long-serving anchors of major network newscasts, such as Lloyd Robertson (who retired at age 77) and Peter Mansbridge (who retired at 69), had left on their own terms with great fanfare. LaFlamme, 58 at the time, was told not to speak of her dismissal for nearly two months.

According to reports, LaFlamme may have been let go to cut costs amid the network’s shift to digital content. Subsequent reporting said that Michael Melling, vice-president of news at Bell Media, had clashed with LaFlamme as she disagreed with some of his directives. There were also suggestions that ageism and sexism were behind the move. Most notably, the Globe and Mail revealed that Melling had previously questioned LaFlamme’s decision to let her hair “go grey” during the COVID-19 pandemic. In response, Bell Canada Enterprises Inc. issued a statement that Michael Melling had gone on leave and that “Lisa’s age, gender or grey hair” did not factor into the decision to end her contract.

In addition to the furor within Canada — which included a full-page advertisement placed in the Globe and Mail by a group of prominent Canadians protesting LaFlamme’s dismissal – her departure, and the alleged circumstances behind it, also received international coverage in many major media outlets, including CNN and the Guardian.

Roughly a month after she announced her dismissal from CTV, LaFlamme was hired to cover the death and funeral of Queen Elizabeth II as a special correspondent for CityNews (which is owned by Bell’s rival, Rogers Communications). “It is truly an honour to be able to reflect on the legacy of this remarkable woman who I’ve admired my entire life,” LaFlamme said at the time.

Lisa LaFlamme has supported numerous charitable organizations throughout her career. In 2013, she travelled with Journalists for Human Rights to help mentor and train journalists in the Democratic Republic of Congo. LaFlamme is an ambassador for PLAN International, which works to combat child poverty around the globe. She has also volunteered with Canadian Women for Women in Afghanistan. It seeks to improve the quality of life for Afghani women and their families, chiefly through education.

Lisa LaFlamme has been recognized as a trailblazer for women in Canadian journalism. In 2014, Maclean’s named her one of the 50 most important people in Canada. She has received several honorary degrees, including from her alma mater, the University of Ottawa. The university also granted her the Meritas-Tabaret Award for Alumni Achievement and the Distinguished Canadian Award. She has also received an Honorary Doctor of Laws degree from Wilfrid Laurier University. In 2018, she delivered the convocation speech at the University of Windsor and received an Honorary Doctor of Laws degree. 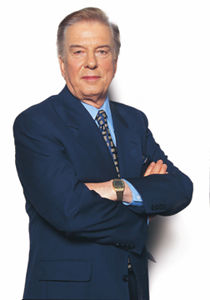 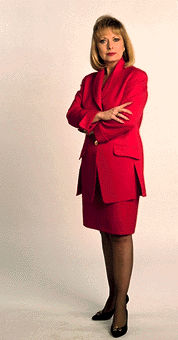 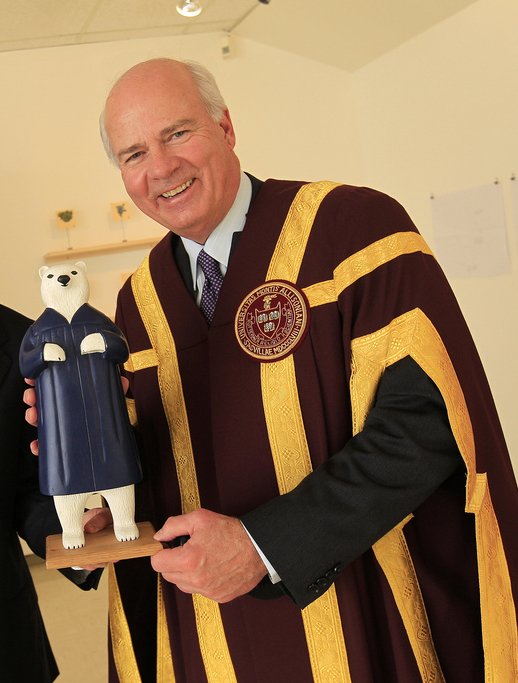