This article was originally published in Maclean’s magazine on February 9, 2004. Partner content is not updated.

This article was originally published in Maclean’s magazine on February 9, 2004. Partner content is not updated. 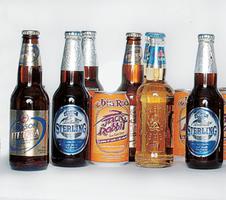 FOR YEARS, beer companies have been selling the fantasy that drinking their brew could introduce the average Joe to a world of wild parties with scantily clad models. Now they're pushing the notion that their product can help you look like the pretty people in their commercials - or at least shave a few inches off that bulging beer belly. Sure, the bikini-clad girls and frat boys still frolic in some of the ads, but in others it's carbohydrate count that sells suds.

During the last few months, Molson, Labatt, Sleeman and Big Rock became the first Canadian brewers to produce low-carb beer. The new brews are designed to quench the thirst of Atkins-diet disciples and those on other low-carbohydrate regimens. But they are also evidence that the brewers are willing to try anything to gain an increased share of Canada's $12.6-billion domestic beer market. In North America, Canada's foursome and a dozen other brands (mostly U.S.-based) are playing catch-up with industry front-runner Anheuser-Busch. In September 2002, the St. Louis-based brewing giant released Michelob Ultra, a lager with 2.6 g of carbohydrates per 341-ml bottle, which has captured more than two per cent of the US$56-billion American beer market.

Once launched, the trick for brewers is finding ways to set their beer apart from the others. "At 4.5 per cent alcohol, Molson Ultra is Canada's, and as far as we know the world's, first and only regular-strength beer with lower carbs," enthuses Molson vice-president of marketing Rob Assimakopoulos. Ultra contains 2.5 g of carbs and 97 calories per bottle. With only two grams per 355-ml can, Big Rock's Jack Rabbit has the lowest carbohydrate count of the four Canadian entries. "Jack Rabbit is a low-carb beer, while the other three are light beers," says Mike Hogan, general manager of sales and marketing at Calgary-based Big Rock, adding that Jack Rabbit, like Labatt Sterling and Sleeman Clear, is four per cent alcohol. "It's even lower in carbs and calories than some of the non-alcoholic beers."

So far, Canadians seem willing to give the new brands a try. "We were sold out of Sterling in the first seven days after we launched in November," says Labatt's director of public affairs, Nigel Miller. "We were back in full national distribution last month and sold almost 85,000 six-packs the first week." Officials at Montreal-based Molson and Guelph, Ont.-based Sleeman Breweries Ltd. don't give exact figures, but say low-carb sales have been better than expected. It's too early to assess Jack Rabbit, which only hit shelves in January and will not be available any farther east than Manitoba.

While early sales are a good sign, true success lies in the ability to create return customers. That may prove difficult in Canada. Light beers hold nearly 50 per cent of the American market - Bud Light alone claims 15 per cent (that's US$8.4 billion in annual sales). By comparison, less than 20 per cent of total Canadian sales are light beers.

Another obstacle to success could be taste. The brewers all claim they've removed the carbs while preserving the flavour, but others are far less charitable. Nicholas Pashley, the Toronto-based author of Notes on my Beermat, a humorous memoir, says a lack of flavour and a watery consistency are his biggest problems with low-carb beers. "Eating mild cheddar cheese is an insult to the cow," says Pashley by way of comparison. "I'm tempted to say beers like these are an insult to the hops, but it's not clear any hops were sacrificed in the making of these beers."

Even more scathing are reviews posted on www.ratebeer.com. The site, which rates more than 28,000 beers, ranks Sleeman Clear No. 12 on its "Worst Beers in the World" list. Only Jack Rabbit, because of its recent release, escaped the harsh criticism of beer aficionados. Among the comments on the Canadian low-carbs: "stagnant tap water," "an insult to light beer," and "tastes like someone spilled a little corn syrup in their club soda."

In their defence, the brewers aren't aiming this product at beer connoisseurs, but at people for whom it's the only option if they hope to adhere to their low-carb diets. Regular beers have between 11 and 17 g of carbohydrates per bottle. But as many nutritionists point out, the difference in counts between light and lower-carb beers is negligible. "Beer is not a big contributor of carbs to my clients' diets in the first place," says Leslie Beck, a Toronto-based registered dietitian. "The big concerns are starchy, refined snacks or big portions being served at restaurants."

Some industry experts warn that low-carb beer won't expand beer sales, but instead will simply eat away at the light beer market. Not so, says John Sleeman. The Sleeman president says Clear, launched last August, boosted sales. "We consider this a stand-alone segment," says Sleeman. "Premium Light, which is our light beer, has not been cannibalized by Clear. More amazing is that our Honey Brown and Cream Ale have not been cannibalized."

Canadian beer expert Stephen Beaumont says he doubts low-carb beer will have much staying power. "We've seen a bunch of different things over the years - bottled draft beer, dry beer and clear beer," says Beaumont, the editor of www.worldofbeer.com. "This is just one more in a long line of fads." Again, Sleeman disagrees. "As baby boomers get older, there is more interest in health," says Sleeman, 50. "That's not going to change in the next 10 to 15 years." Whatever the case, if you're able to balance a bottle on that gut of yours - standing up - but you don't want to give up beer completely, low-carb is an option. The taste may not be great, but it's certainly less filling.