"And to this day I’m thinking, those kids, and they were all kids, you know, are of one mind or the other mind, was, if anything comes around like this, this low, they’re going to blow them out of the sky with 50-caliber machine guns."

"And to this day I’m thinking, those kids, and they were all kids, you know, are of one mind or the other mind, was, if anything comes around like this, this low, they’re going to blow them out of the sky with 50-caliber machine guns." See below for Mr. Lucano's entire testimony. Please be advised that Memory Project primary sources may deal with personal testimony that reflect the speaker’s recollections and interpretations of events. Individual testimony does not necessarily reflect the views of the Memory Project and Historica Canada. 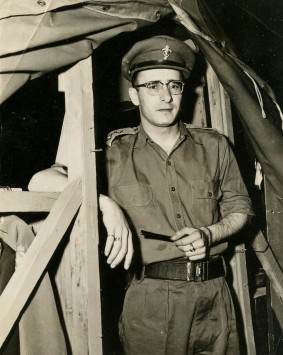 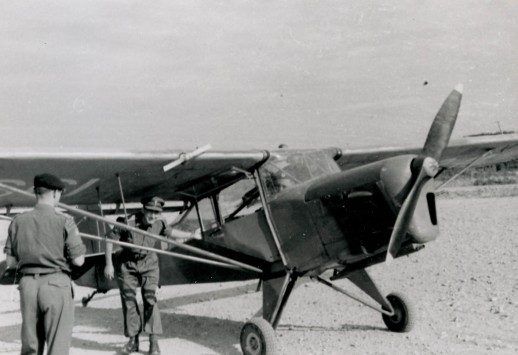 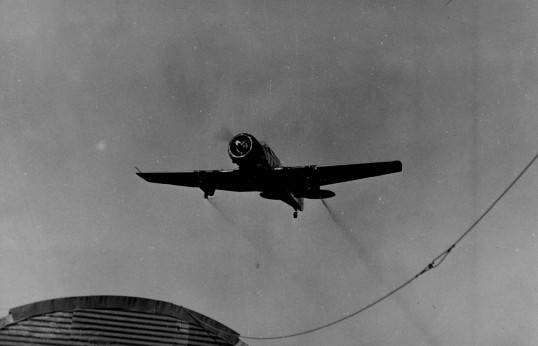 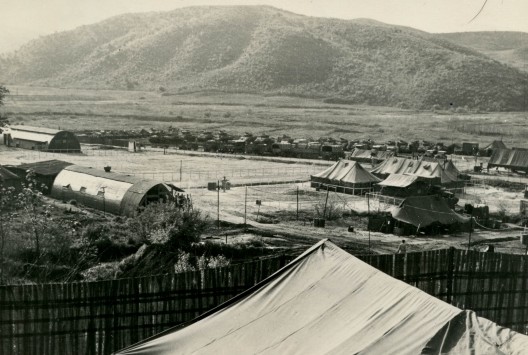 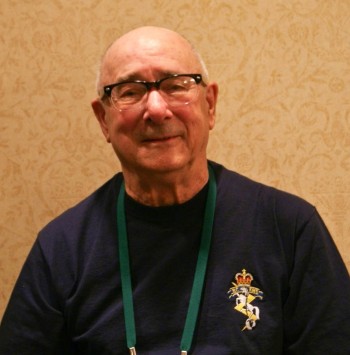 I was a late replacement for what we called the Light Aid Detachment commander. That’s the group of mechanics if you want to call it that go with the armoured corps to keep their equipment in shape. Not just the tanks but we took care of everything, all of the guns, the small arms, all the generators, all the B vehicles and the wheel vehicles, armoured cars, trucks, dump trucks. We had a dump truck. And we even took care of the cooking equipment that the cooks used.

But getting onboard the ship was rather interesting. It was the, one of the general class transport ships, which would take about 6,000 troops. And we were fortunate in that we only had about 4,000 onboard, so we weren’t crowded too much. But it was interesting, we arrived there, we were onboard the ship and as a unit, the Royal Canadian Dragoons, and, Dog Squadron, and a few other RCEME [Royal Canadian Electrical and Mechanical Engineers] people who were going over that belonged to other units. But all the Americans that were coming onboard were all draftees. And they were individual replacements. We were a unit replacement, we were going over to replace the Strathcona squadron [Lord Srathcona’s Horse, an armoured regiment] that was there. They were all individual replacements and it was rather interesting to see them coming up the way they called their name, last name, and they’d answer with their first name. They’d step onboard the gangplank, and up they come. Helping one of these kids with these boxes up the gangplank, was a rather young fellow, when he got to the top, they wouldn’t let him off the ship. And he went to Korea with the clothes he had on and stayed in Korea for the full year as a draftee. And anybody puts a foot onboard that ship never got off.

And the flying fish came out and they were flying right across the pass of the ship, right up onto the deck. And of course, there’d be about as, well, about 10 inches long and they were fairly big. And they looked like a fish with big mosquito wings on them and flip them back over. So some of the guys would make them into pets but it didn’t work out. But they had never ever, in A, aboard a big ship or B, seen flying fish before. So every day it was something new for not only me but many, many of the kids that were on there too.

Although the truce had been assigned, Seoul was still a mess and it was bombed out pretty bad. And we crossed the Han River on a temporary bridge and started going up the main supply route, MSR as it was called up towards a place called Uijeongbu. Some of the names still stick in your mind after a while. And the road turned to moss port gravel and it got narrower and narrower. And the dust got thicker and thicker, you know, we had to slow down to go through a one-lane village. The dust was flying up and we slowed down going through this village and this was our and their introduction into getting close to the demarcation lines, if you want to call it. But I remember this particular village. We could touch the shacks on both sides, leaning out the trucks. And on the side of the road was a little Korean kid about seven, eight years old. And he had a stick, about a four foot long stick with a soup can nailed on the end. And he was urinating into the soup can and taking the urine and spreading it on the dust in front of this little shack that was there. And the shack that was there had an open counter and hanging in the shack on racks were dried fish covered with dust. This was sort of our beginning of introduction into things that were different from Canada.

But this particular time in the middle of the scram [practice for an air raid], it didn’t come “air raid yellow”, caution, it came “air raid red.” Which meant it’s coming. The reason I’m chuckling is that it got stood down about 10 minutes later but in the meantime, “air raid warning red,” we had tanks all warmed up in the compound that I showed you a picture of. And when the air raid warning, every one of the guys manned the 50-caliber machine gun was on the top of the tank. And we had three ground-mounted machine guns. They were manned as well. Covers off. One up the spout because a 50-caliber, you have to cock twice to get the thing ready to fire. And I’m there, and to this day I’m thinking, those kids, and they were all kids, you know, are of one mind or the other mind, was, if anything comes around like this, this low, they’re going to blow them out of the sky with 50-caliber machine guns. He won’t know what hit him. See. They were ready. And the other thought that’s in their mind is, “Oh boy, if this happens, it’s World War III and we’re it in the front row.” So you can see these kids grow up so fast. And I must say, they turned out to be a real professional bunch.

We did go through Jasper [Alberta], which was the first stop that we had after we entered Canada. And it was well organized. What we did was we spoke to the train conductor, saying “We want to stop in Jasper.” “Well, we’re not scheduled to stop in Jasper.” “We want to stop in Jasper and we don’t want to be in Jasper before 10:00 am.” “I’ll see what I can do. We’re on a freight train run.” He come back, told the old man [regimental commander], “Yep, we can manage that.” He says, “We can stop for 10 minutes.” He said, “That’s all it’s going to take.” The train came to a stop, the sergeant major got off and walked over to the liquor store. And he stood outside the front of the liquor store and the people he had organized went in and picked up a case of this and a case of that and a case of this and as they were going out, the sergeant major was peeling off the bills. I was duty officer that day, I was there making sure everybody got back on the train.