Indigenous peoples have lived in the Oakville area for thousands of years, particularly near the Bronte River. When Europeans arrived in the 1600s, French traders allied with the Huron-Wendat and became enemies of the Haudenosaunee. The Iroquois Wars, fought in part over the control of the fur trade during the 17th century, depopulated the Huron-Wendat. Diseases introduced by Europeans also decimated the Huron-Wendat population. In the early 1700s, the Anishinaabeg, including the Mississauga, began migrating to southwestern Ontario. In particular, they settled along the shores of Lake Ontario. Today, Indigenous people make up 0.7 per cent of Oakville’s population.

In 1806, Mississauga chiefs signed Treaty 14, known as the Head of the Lake Purchase (see also Upper Canada Land Surrenders). The purchase, originally agreed on in 1805 as an amendment to Treaty 13, ceded 85,000 acres (344 km2) of land to the Crown in exchange for fishing rights and £1,000 worth of goods. The treaty also reserved land for the Mississauga on either side of the lower portions of the Twelve and Sixteen Mile creeks. 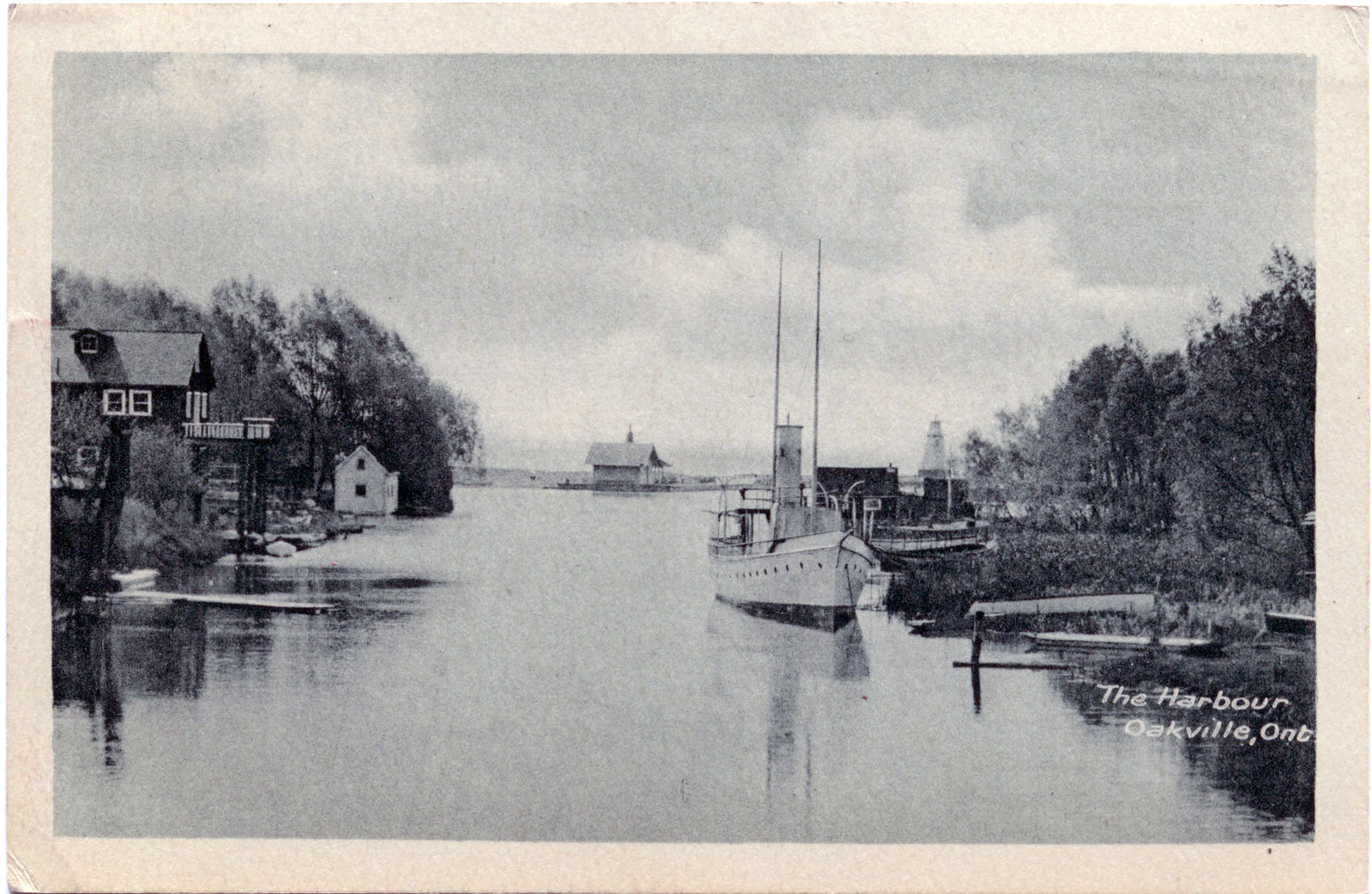 Colonial settlement of Trafalgar Township began in 1806. Its name paid tribute to the British win at the Battle of Trafalgar (1805). Increasingly, settlers wanted access to the creeks to establish mills. In 1820, colonial administrators negotiated Treaty 22, in which the Mississauga ceded both the Twelve and Sixteen Mile creek reserves. Land at the mouth of Sixteen Mile Creek was put up for auction in 1827. William Chisholm, a merchant and former politician, purchased the land.

Within a year, Chisholm and his staff had planned a town and built a warehouse for produce. In 1828, the harbour at Sixteen Mile Creek, paid for by Chisholm, was complete. In 1834, the harbour was considered a Port of Entry, meaning that ships could come and go from Oakville to the United States. This attracted various businesses, like manufacturing, grain storage and ship building. A harbour for domestic boats was built at Bronte in 1856. 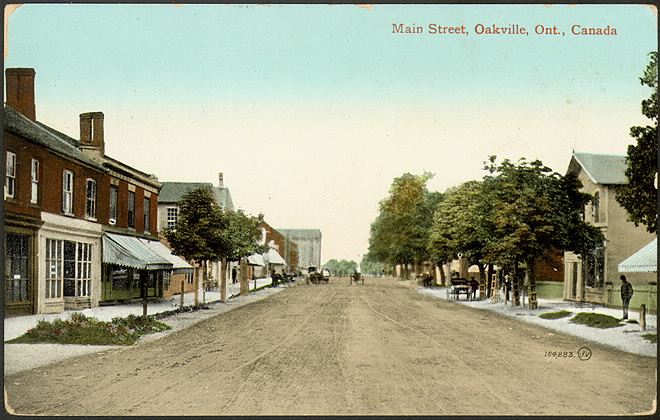 In 1850, the United States passed the Fugitive Slave Act. The act empowered local officials and citizens to seize runaway enslaved people and return them to bondage. This led many to seek refuge in Canada. While Oakville was not officially a “stop” on the Underground Railroad, many took up residence in the town. Various white ship captains welcomed enslaved people onto their ships, hiding them in storage so as to not be noticed by American authorities. Escapee James Wesley Hill set up a strawberry farm near Oakville in the 1850s. Hill became a “conductor” on the Underground Railroad, leading 700 to 800 African Americans to Oakville.

Early Black residents included John Cosley, who published a newspaper in the 1860s, and Samuel Adams, a businessman who became the largest landowner in Bronte. Adams and his brother-in-law, Reverend William Butler, established the Turner African Methodist Episcopal Church.

Oakville is the 12th-largest municipality in Ontario. It is one of only four municipalities in Canada to call itself a “town” despite having more than 100,000 people. The three others are also in Ontario: Whitby, Ajax and Milton.

Oakville’s population is ethnically diverse. According to the 2016 census, prominent ethnic groups within the town included English (22.1 per cent of the population), Canadian (16.9 per cent), Scottish (16.4 per cent), Irish (16.1 per cent), South Asian (9.3 per cent), Italian (8.8 per cent), German (8.1 per cent) and Chinese (7.7 per cent). Common countries of origin for immigrants living in Oakville are the United Kingdom, China, India, Pakistan and Poland.

Two people work at the Ford automobile plant in Oakville, Ontario, in 1977. Built in 1951, the plant continues to employ thousands of Halton Region residents today.

Between 1865 and 1930, fruit farming was one of the largest industries in the Oakville area. Containers were needed to protect the fruit, so the Oakville Basket Company operated from 1871 to 1984.

In 1951, Ford Motor Company purchased a poultry farm in Trafalgar Township and built an automobile assembly plant. Employing 5,600 people, the plant caused rapid growth in the area. Today, Ford Motor Company of Canada is the largest private employer in Halton Region, with approximately 3,600 employees. Beginning in 2024, the facility will be retooled to produce electric vehicles. Other industries employing large numbers of Oakville residents include professional services, finance and insurance, retail, and health care and social assistance.

The Town of Oakville oversees services including development planning, upkeep of most roads, fire, transit, parks, recreation and libraries.

Oakville’s mayor and seven councillors sit on Halton Region’s council. They are joined by 15 representatives from Burlington, Halton Hills and Milton, as well as a Regional Chair. The Region runs the local Public Health Unit, recycling and waste, housing and public works (including water and wastewater.) Halton Region’s offices are located in Oakville.

Sheridan College’s animation program is considered one of the best in the world. Multiple Academy Award-winning and nominated animation directors are graduates of the program. Artists from or who have resided in Oakville include singer Anjulie, Inuk singer Susan Aglukark, violinist Kathleen Parlow, actor Arlene Duncan, photographer Minna Keene and abstract artist Oscar Cahén.