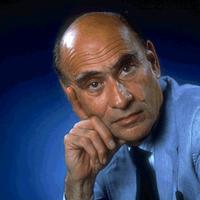 Peter Charles Newman, journalist, author, newspaper and magazine editor (b at Vienna, Austria 10 May 1929). Originally named Peta Karel Neuman by his secularized Jewish parents, he came to Canada as a refugee in 1940. Envisaging a business career for his son, Newman's father enrolled him in 1944 as a "war guest" boarder at Upper Canada College where he met members of the Canadian establishment whose lives he would later document. Once he mastered English, Newman began writing, first for the University of Toronto newspaper, then for the Financial Post in 1951. By 1953 he was Montréal editor of the Post, a position he held for 3 years before returning to Toronto to be assistant editor, then Ottawa columnist, at Maclean's. In Ottawa, Newman produced his masterly popular political chronicle of John Diefenbaker, Renegade in Power: The Diefenbaker Years (1963). Five years later, he published a similar, but less successful, study of Lester Pearson, The Distemper of Our Times (1968).

The following year he became editor-in-chief at the Toronto Star (later publishing some of his best journalism in Home Country: People, Places and Power Politics, 1973) and changed his focus from politicians to members of the Canadian business establishment. In Flame of Power (1959), he assembled 11 profiles of the first generation of Canada's business magnates; next he explored the lives of those who currently wielded financial power in popular studies such as his 2-volume The Canadian Establishment (1975, 1981), The Bronfman Dynasty (1978) and The Establishment Man: A Portrait of Power (1982). A third book called Titans: How the New Canadian Establishment Seized Power was added to this series in 1998. His books have sold a perhaps unprecedented 1 million copies in Canada and he has had a profound effect on political reporting and business journalism, making them more personalized and evocative.

He was editor of Maclean's where for a decade (1971-82) he worked to transform the magazine from a monthly to a weekly with a Canadian slant on international and national events. In 1982 he resigned to work on a 3-volume history of the Hudson's Bay Co. In 1998, Newman received the Canadian Journalism Foundation's Lifetime Achievement Award and the Toronto Star's Excellence in Journalism.