James William (Jim) Leech, CM, O.Ont., CD, LL.D, pension fund executive, financial services entrepreneur and philanthropic leader (born 12 June 1947 in St. Boniface, Manitoba). Leech was president and CEO of the Ontario Teachers’ Pension Plan from 2007 to 2014. He helped develop the pension plan into one of the largest in the world and the highest performing in terms of investment return and member satisfaction. He has also worked with charitable groups and advised both federal and provincial governments. Leech has long been involved with Queen’s University, where he holds the title of Chancellor Emeritus. He is a member of the Board of the non-profit organization Historica Canada, publisher of The Canadian Encyclopedia.

James William (Jim) Leech, CM, O.Ont., CD, LL.D, pension fund executive, financial services entrepreneur and philanthropic leader (born 12 June 1947 in St. Boniface, Manitoba). Leech was president and CEO of the Ontario Teachers’ Pension Plan from 2007 to 2014. He helped develop the pension plan into one of the largest in the world and the highest performing in terms of investment return and member satisfaction. He has also worked with charitable groups and advised both federal and provincial governments. Leech has long been involved with Queen’s University, where he holds the title of Chancellor Emeritus. He is a member of the Board of the non-profit organization Historica Canada, publisher of The Canadian Encyclopedia. Click here for definitions of key terms used in this article.

Jim Leech grew up in a military family. His father was a general officer in the Canadian Armed Forces. Leech spent much of his youth living on army bases. He attended schools in Kingston, Ottawa and Camp Petawawa in Ontario, as well as in Edmonton, Alberta.

Leech attended Royal Roads Military College and the Royal Military College of Canada (RMC). At Royal Roads, he was the Cadet Wing Commander and competed on intercollegiate alpine skiing and water polo teams. Royal Roads’ two-year program fed into a four-year degree at RMC (see Military and Staff Colleges). Leech completed a Bachelor of Science with Honours in mathematics and physics at RMC in 1968. He was an active rugby player at the college. Upon graduation, he was awarded the Canadian Army Award and the Toronto Branch RMC Club Award.

After completing his undergraduate degree, Leech was commissioned as an army officer in the Royal Canadian Corps of Signals. He served at HQ 4th Canadian Mechanized Brigade Group and the Royal 22e Régiment in Germany with North Atlantic Treaty Organization forces. He retired from the military as a captain and went on to complete a Master of Business Administration at Queen’s University in 1973, graduating at the top of his class.

Leech is also a graduate of the Institute of Corporate Directors. He completed this training in 2003.

After earning his MBA, Jim Leech joined the financial services and real estate company Commerce Capital Corporation. Over the next six years, he held senior executive positions at the firm in Montreal, Toronto and Calgary. In 1979, Leech joined Unicorp Canada Corporation, one of Canada’s first public merchant banks. He became president of the firm in 1983 and led an aggressive acquisition strategy in Canada and the United States. Following the acquisition of Union Energy Inc., Leech became president and CEO of Union Energy. He oversaw its transformation into one of North America’s largest integrated energy companies, with operations in oil and gas exploration and extraction, gas marketing, pipelines and gas storage and distribution. (See also Petroleum Exploration and Production; Natural Gas in Canada.)

During the 1990s, Leech led the technology start-ups DISYS and Kasten Chase Applied Research. He brought these companies to the stage where they were earning revenue.

In 2001, Jim Leech was thinking of retiring. However, Claude Lamoureux, president and CEO of the Ontario Teachers’ Pension Plan, changed Leech’s mind. Lamoureux asked him to lead Teachers’ Private Capital, the private investment arm of the Ontario Teachers’ Pension Plan. Lamoureux convinced him that his background in mergers, acquisitions and business operations was what the private equity arm needed. With Leech at the helm, Teachers’ Private Capital grew in value from $2 billion to more than $20 billion, with investments around the world. Leech became president and CEO of the pension plan in 2007. When he retired in 2014, it was Canada’s largest single-profession pension plan ($140 billion) with global operations and a funded surplus.


After Leech’s retirement in 2014, he was appointed special advisor to the minister of finance in Ontario. In this job, he reviewed the sustainability of the province’s electricity sector pension plans.

In 2013, Jim Leech and journalist Jacquie McNish co-authored a book on pension reform called The Third Rail: Confronting Our Pension Failures. It warned that Canada’s pension system would collapse unless politicians and business leaders made major changes. The Toronto Star called it “essential reading for decision-makers.” The book was a bestseller, and it received the 2014 National Business Book Award and was a finalist for the Donner Prize.

Upon retiring from the Ontario Teachers' Pension Plan in 2014, Jim Leech has committed himself to non-partisan public service and philanthropic work. In May 2014, Leech joined business leaders and wounded soldiers on a ski expedition in the Arctic. The group skied about 100 km from King Christian Island, Nunavut, to the North Magnetic Pole. True Patriot Love organized the trip. The group raised awareness and funds to support Canadian military veterans suffering from post-traumatic stress disorder.

As a special advisor to Prime Minister Justin Trudeau, Leech donated his time in 2017 to help establish Canada Infrastructure Bank. The purpose of this bank is to provide innovative financing for infrastructure projects.

Leech currently serves on the Investment Committee (former Board Chair) of the Mastercard Foundation, one of the world’s largest foundations, focused on youth livelihood in Africa. He is also Chair Emeritus of the UHN Hospital Foundation and Chair of the Advisory Board of the Institute for Sustainable Finance.

Jim Leech has been a member of two governing bodies at Queen’s University: the Board of Trustees and University Council. He has also served as chair of the Smith School of Business Advisory Board. In July 2014, Leech became the university’s 14th Chancellor. The ceremonial role is the highest position at Queen’s. As of 2021, he is Chancellor Emeritus.

In 2012, Jim Leech received the Queen Elizabeth II Diamond Jubilee Medal for his work with True Patriot Love. The governor general appointed him a Member of the Order of Canada in 2014. The honour recognized his innovations in pension management, writings on retirement funding and community involvement. Leec is a former honorary colonel of the 32 Signal Regiment, a title appointed to him in 2014. In 2017, Leech was installed on the Wall of Honour at Royal Military College of Canada (RMC) and in 2019, he received an honorary Doctor of Laws (LL.D) from RMC. In 2019, Leech was also awarded the Canadian Forces’ Decoration (CD) in recognition of his service to the Canadian military. The same year, Leech was appointed to the Order of Ontario for his work in pension management, philanthropic leadership and public service.

When one company takes over the ownership or control of another company.

The public works (such as highways, bridges and sewers) of a country, province or region. Infrastructure is often funded and owned by government.

A bank that specializes in loans and financing to large corporations.

The combination of two or more companies into one company.

A class of investment involving wealth that is not listed on a public exchange. Investors put money directly into private companies or buy out public companies, turning them private. 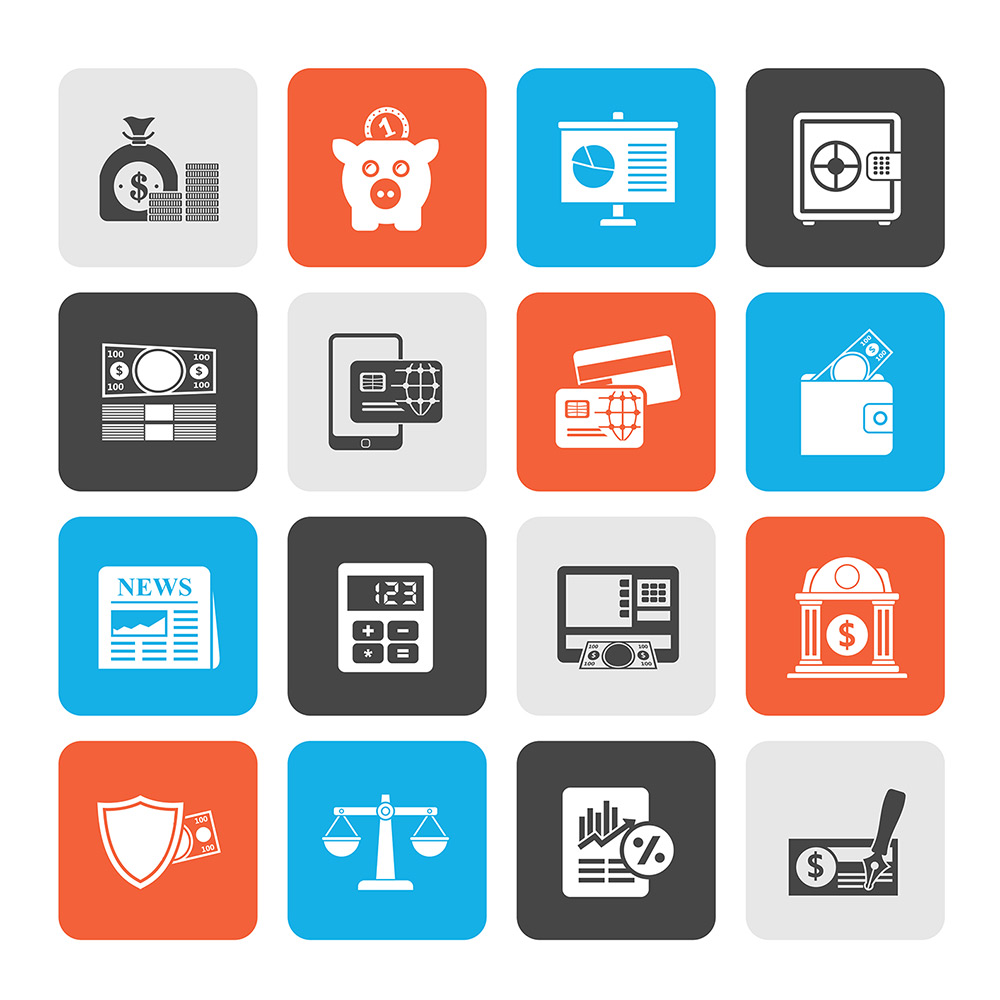 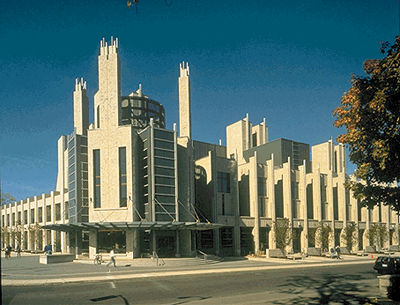