"And all of a sudden, I was in the army. And I didn’t know what to say. I told my grandma I was just going for the day, she said it was okay. And I come back and I had seven days leave."

"And all of a sudden, I was in the army. And I didn’t know what to say. I told my grandma I was just going for the day, she said it was okay. And I come back and I had seven days leave." See below for Mr. Petit's entire testimony. Please be advised that Memory Project primary sources may deal with personal testimony that reflect the speaker’s recollections and interpretations of events. Individual testimony does not necessarily reflect the views of the Memory Project and Historica Canada. 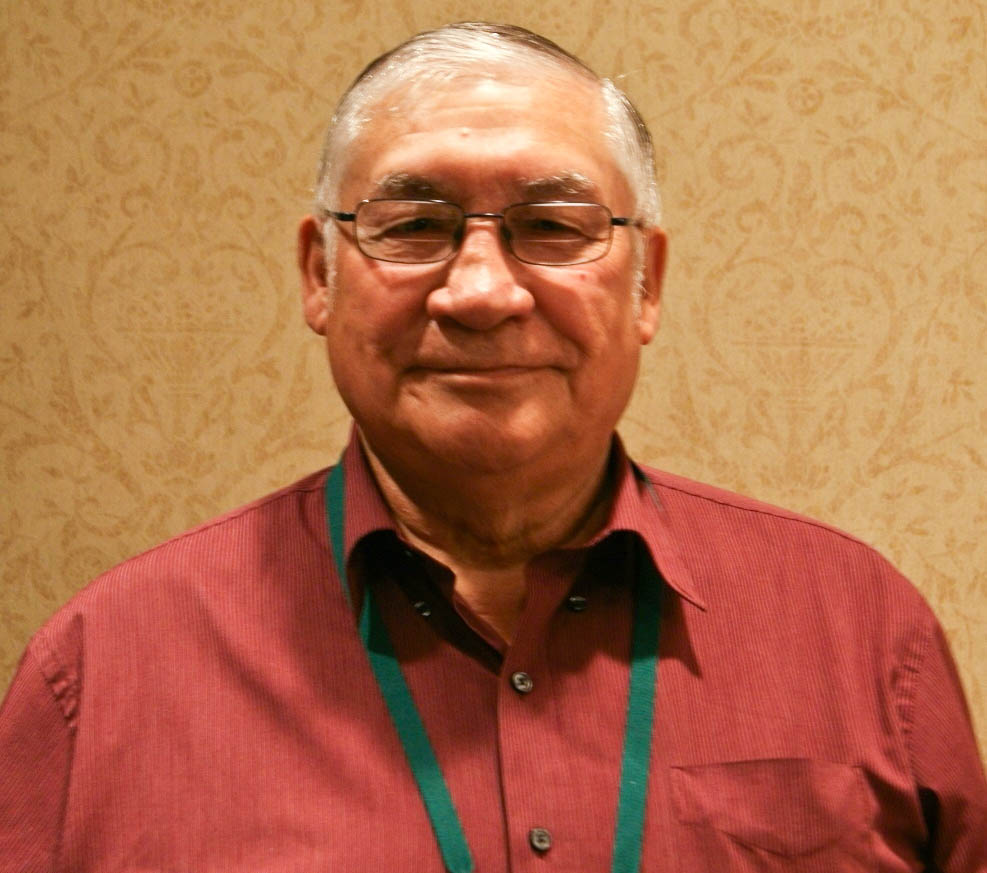 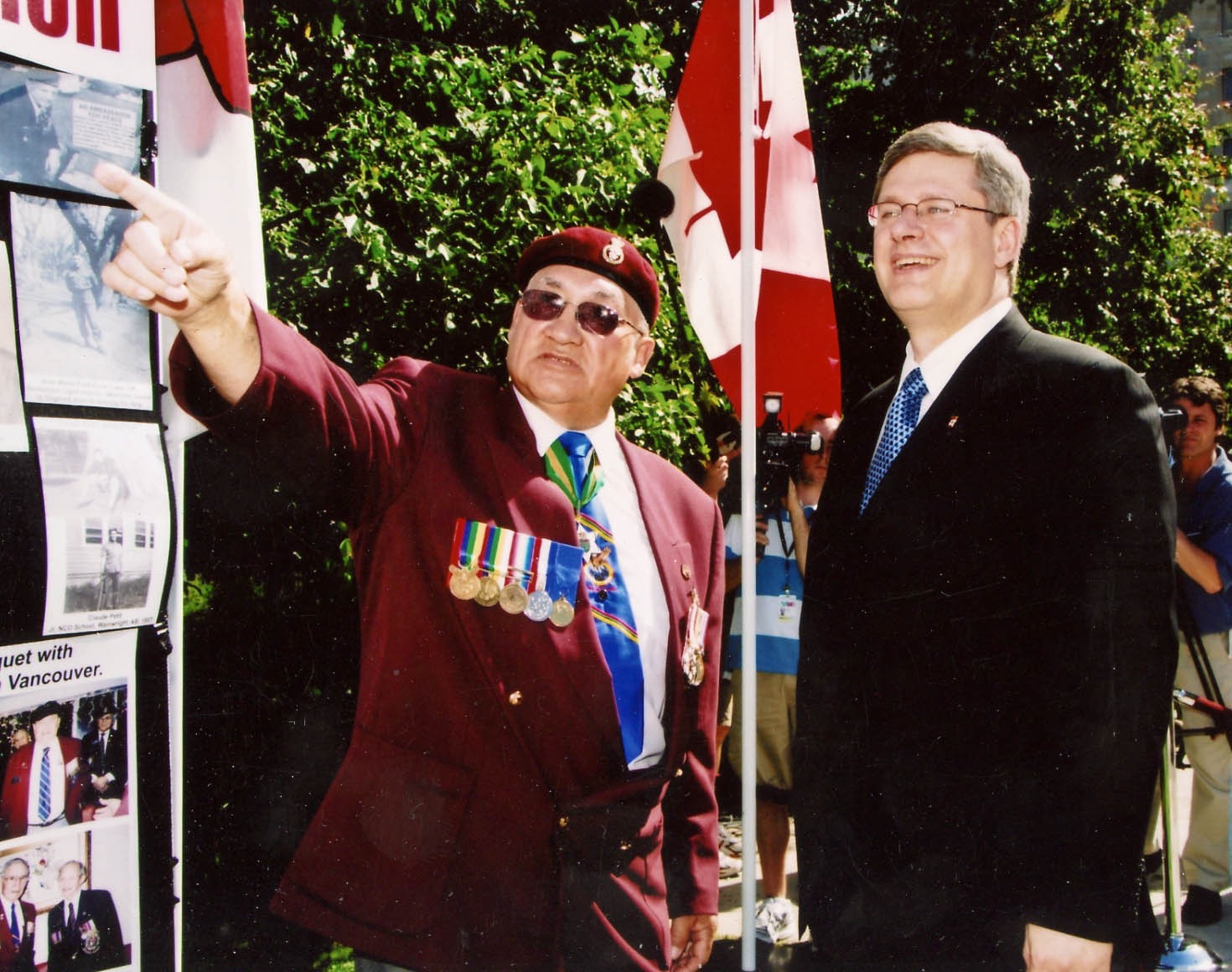 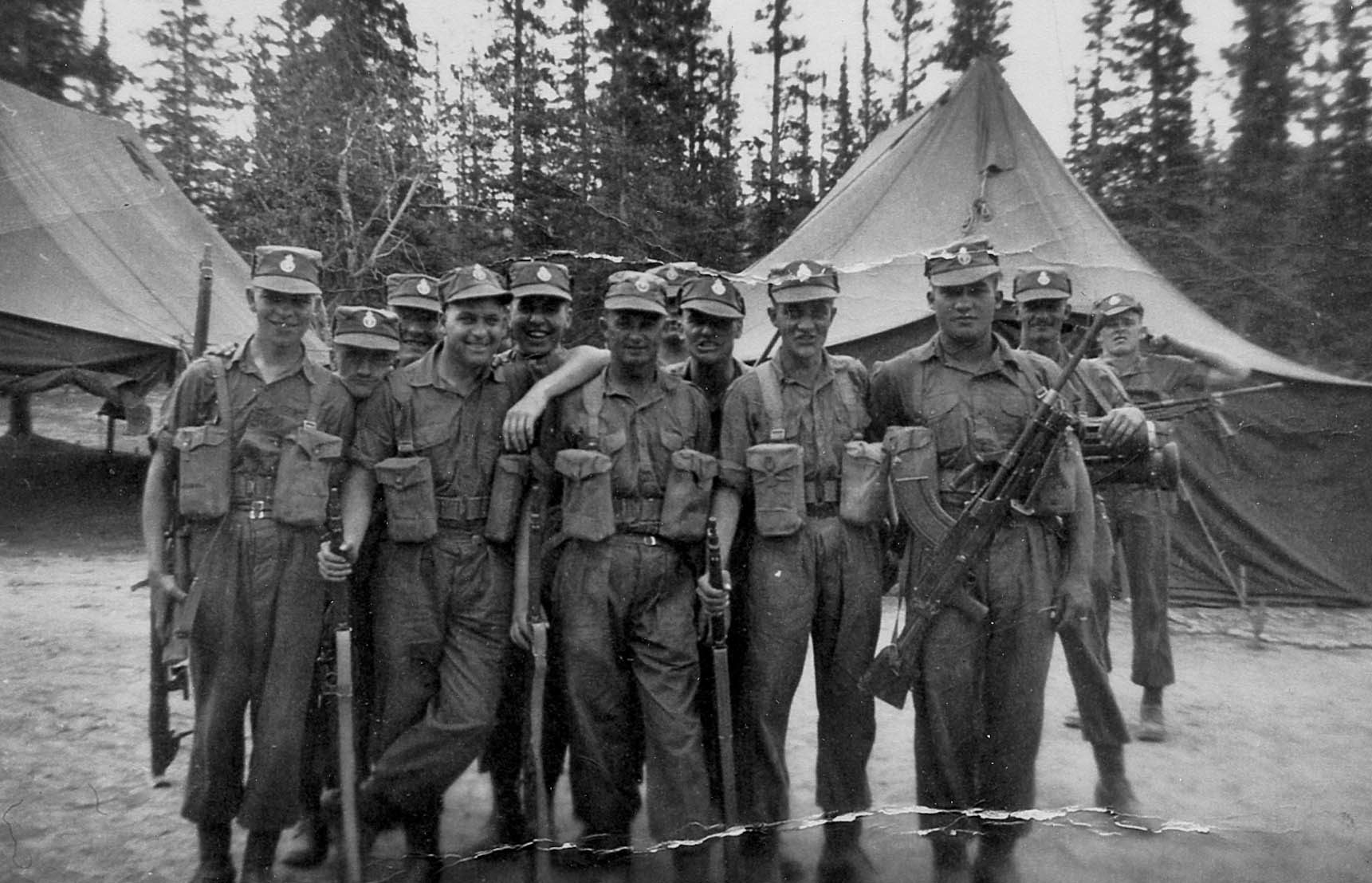 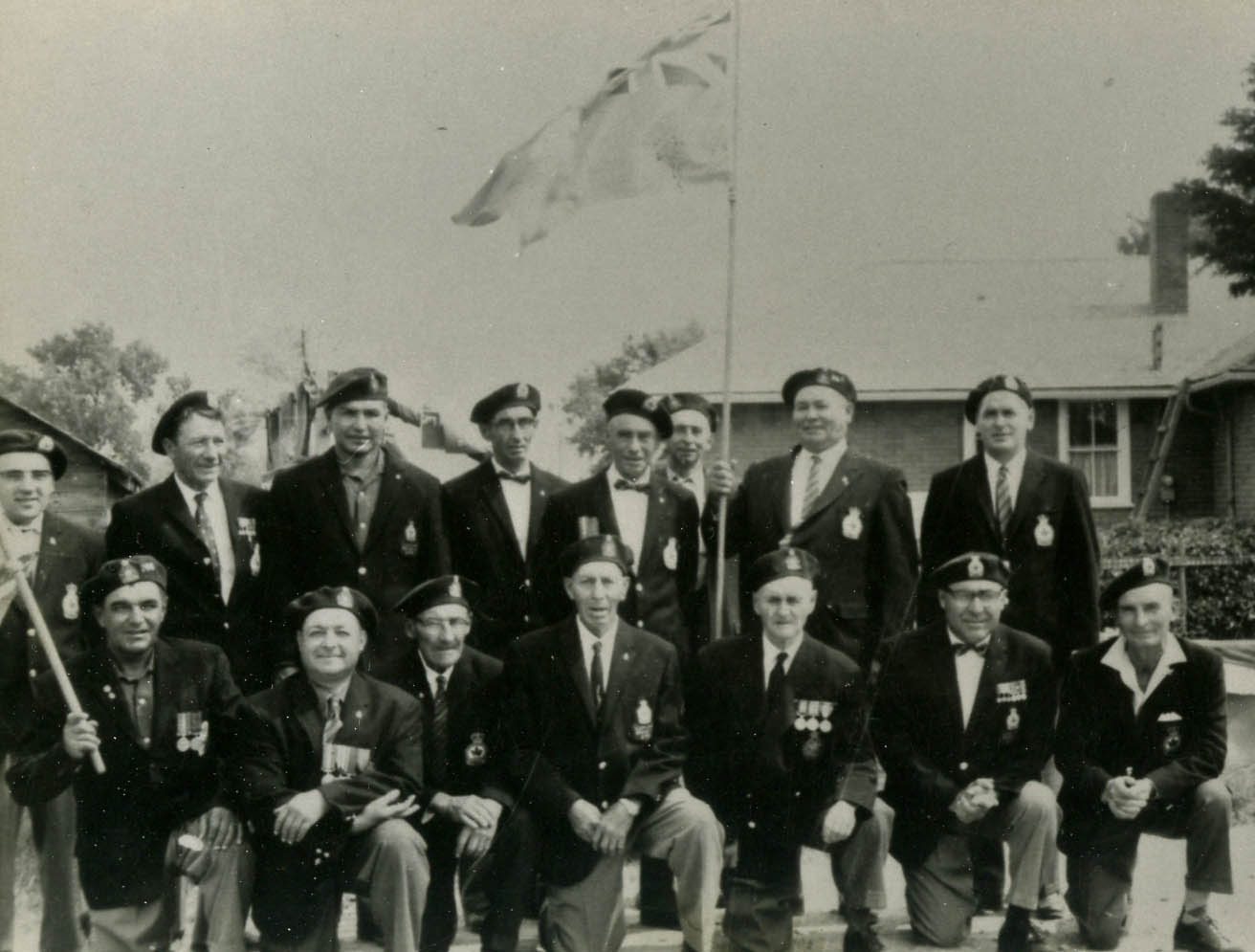 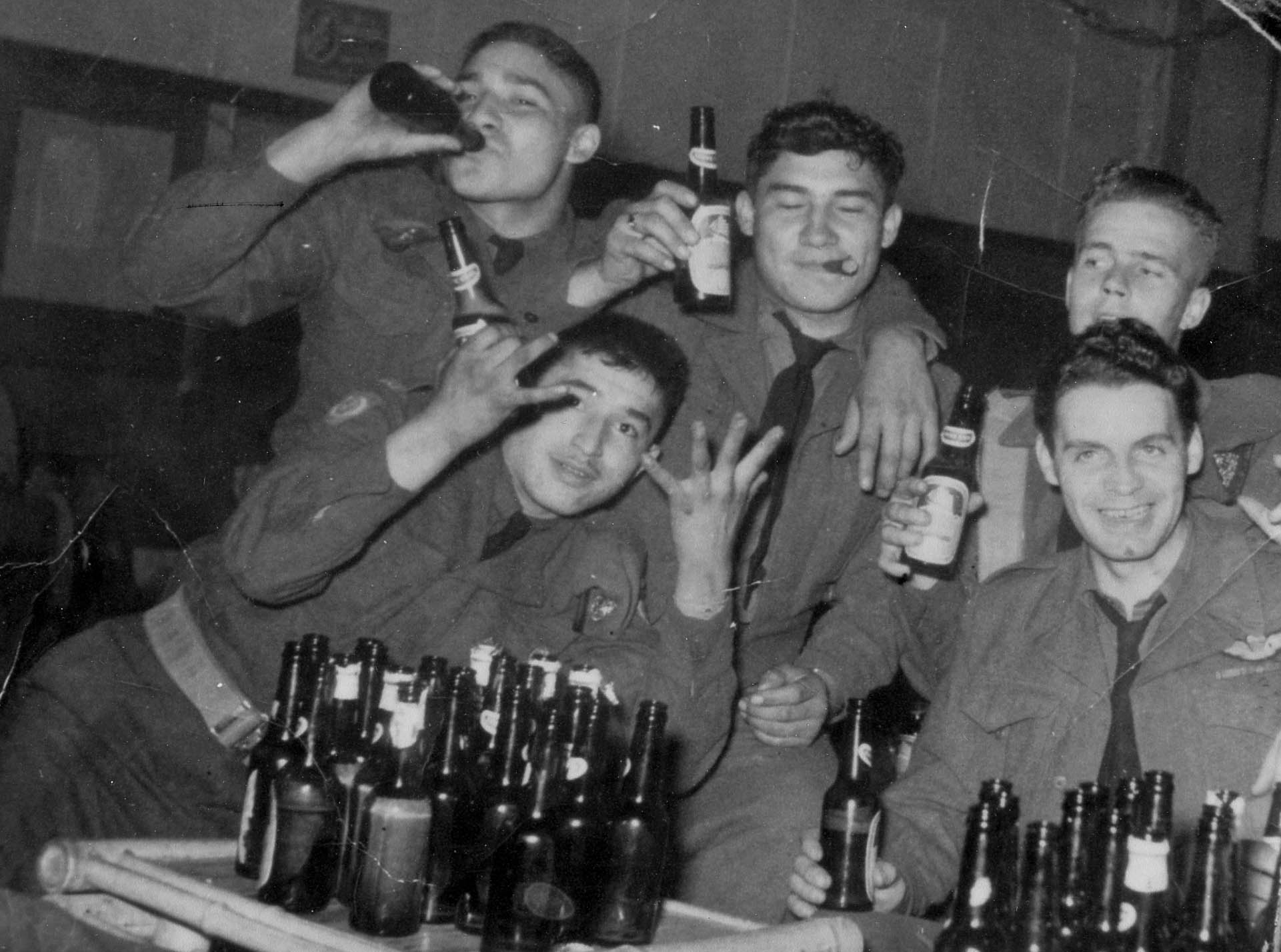 Well, I went with my cousin to Regina. I just went for the ride and I got strapped in because I was only 15 years old. And he was going to join the army. I had no money, I was staying with my grandma. My parents were up in Northern Ontario working. And he says, well, come on for the ride. He says, I’ve got money off my old man to go into Regina. So we went and he was filling in the papers, doing the tests, I did one too but I didn’t know what I was … And all of a sudden, I was in the army. And I didn’t know what to say. I told my grandma I was just going for the day, she said it was okay. And I come back and I had seven days leave.

So the Corporal went in and he said, “you go and pick up some blankets, get our blankets changed. They’re probably lousy.” So we loaded them on a stretcher and brought them back down, they just laundered them. And we were picking up some new ones to bring to the guys.

And as we were coming up the hill, like this kind of gulley here, coming up this way and there’s a bunker right at the bottom, an MA [Medical Aid] bunker, first aid person. And put our stretcher down and we started talking to him. I was standing this way and this other guy was standing that way, but I had a bulletproof vest on. Always wore it. We were the first ones to get them from the Yanks, the bulletproof vests. They were about 60 pounds or something. And all of a sudden it’s like mortars start coming, whoo, one right between us. The guy who didn’t have the bulletproof vest on really got rapped in the back, a chunk about that long, the small of his back. And the MA was standing at the bunker and big timbers, a big chunk of shrapnel about that long right into the bunker. He went white, he said.

And then I was standing there, we were trying to get this guy in, he got hit because he fell forward afterwards, we were trying to get him and we got him on the stretcher and we start cutting his clothes off, his parka off. And then found out where he was wounded and patched him up. And he looks at me and here there was blood running down my arm here. He said, “geez, you’re hit too,” he says. So he cut my parka off, because my bulletproof vest and I hadn’t got hit here, he saw twice [denoting wounds on his arm], mortar. So I was going out too. So he said, well, we’ll try to get something, an ambulance in here.

When the RCR got hit, we knew it because they came through our position, the Chinese. And we were bringing it in. And you know, it didn’t bother our position, they went through it, they were going to hit the RCRs, to bring in mortars and artillery fire one of our Corporals won a Military Medal for that.

He [enemy combatant] was at the end [of the hill] and he was digging a trench there, I couldn’t pick him up good enough with my binoculars. You could see the dirt flying. And I fired there, I fixed lines on him, fired at night, because he was doing something, I think they were digging a tunnel in there. Then I got the Centurion and he was above the hill and whoosh. He says, I see him. Then that would stop, a little while later, here he is again.