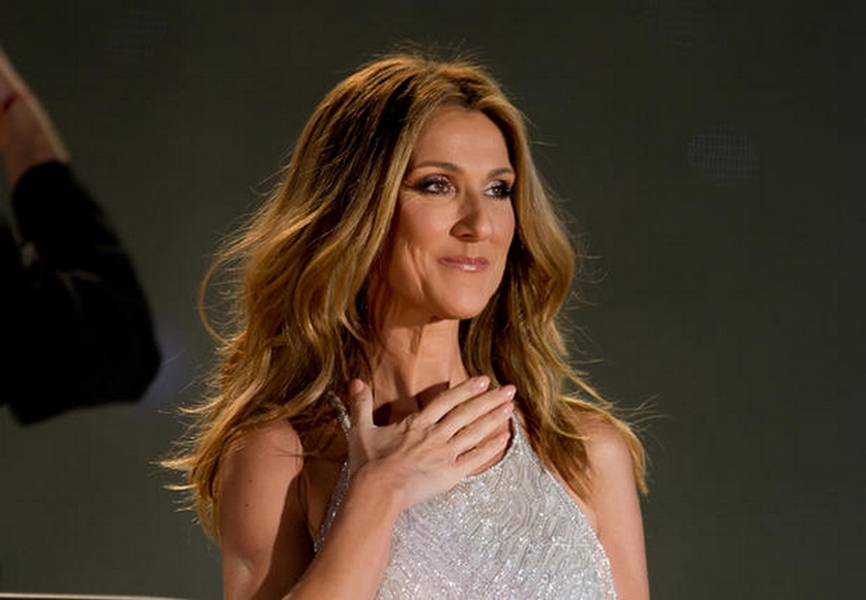 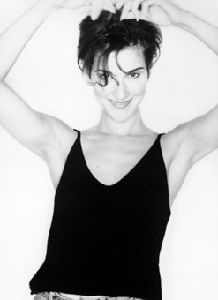 One of Canada's most successful popular singers, Celine Dion has sold over 175 million records.
PreviousNext
Céline Dion. Singer, actress, b Charlemagne, near Montreal, 30 Mar 1968; hon D MUS (Laval) 2008. Her mother was a violinist, and her father, an accordionist. The last of 14 children (most of them active in show business), she sang the songs of Ginette Reno at seven at her parents' restaurant. Her mother wrote her first song, 'Ce n'était qu'un rêve,' and sent a recording to René Angélil, then Ginette Reno's impresario. Favourably impressed, Angélil (b 1942) commissioned French lyricist Eddy Marnay to write 'La Voix du Bon Dieu,' and supervised the recording of Céline Dion's first single. Angélil became Dion's first and only manager.

Very quickly, her extraordinary voice and her simplicity conquered the province of Quebec, and her career experienced a meteoric rise. In 1982, she took part in the Tokyo Song Festival with 'Tellement j'ai d'amour pour toi,' and won the musicians' prize as well as a gold medal. The following year, she represented Canada at the MIDEM (International Music Market) in Cannes, and she sang on the program Champs-Élysées. In May, she performed with the Orchestre métropolitain at Place des Arts, before embarking on a recital tour throughout Quebec, in addition to receiving a gold record in France for her recording of 'D'amour ou d'amitié' (over 500,000 copies sold). Dion dropped out of school at age 15 to concentrate on her career. She was the star of a TV special on CBC's Les Beaux Dimanches. Also in 1983, she won several Félix awards, including those as best female performer and discovery of the year. On 28 and 29 July 1984, she sang before a public of 40,000 at the Old Port in Quebec City. Shortly thereafter, she was selected by the Quebec clergy to represent young people during the Pope's visit and sing 'Une colombe' before 65,000 youngsters in Montreal's Olympic Stadium. After she opened for Patrick Sébastien at the Olympia in Paris, she toured 15 Quebec towns.

At 18, weary of her good-girl image, Céline Dion disappeared for a year and a half, and reappeared sporting short hair and tight sequinned dresses. Dion began to sing music with very upbeat rhythms for young audiences, winning in 1987 the Eurovision prize for 'Ne partez pas sans moi,' and selling 200 000 copies of that single in Europe in two days. Incognito, an LP recorded that year, sold over 200,000 copies in Quebec. With CBS (Sony) investing in her international career, Céline Dion cut (1990) her first record in English, Unison, produced by David Foster in Los Angeles, Chris Neal in London and Andy Goldmark in New York; it sold over 100,000 copies in Canada ('Where Does My Heart Beat' ranked fourth on the Billboard magazine hit parade) and was released in 16 other countries including the US. She appeared several times on the American program The Tonight Show and rapidly became a darling of the US talk show circuit. Recipient of Juno awards as best female performer and for recording of the year in 1991, she had already won 15 Félix awards by then. She generated mild controversy in 1990 when, asserting her French-Canadian status, she refused a Félix award for best Anglophone artist.

Breakthrough into the English-Language Market 1992

The year 1992 has been recognized as a turning point in Dion's career. Her second English-language album, Celine, sold almost 2,000,000 worldwide and became her first US platinum recording. A single from the album, "If You Asked Me To," reached number one on the Billboard charts. Having become more proficient in English, Dion was able to make a concert tour of Spain, Italy, the United Kingdom, New Zealand, Australia, and Japan. She sang at the Academy Awards (a duet of "Beauty and the Beast," which won for best original song). The recording also won the 1992 Grammy for best pop performance by a duo, cementing Dion's entrance into the US market.

Dion toured the US, now as headliner, in 1993. In this tour, the trademark methodical control of her image began to be obvious; she designed and directed every element. She performed at such high-profile functions as a command performance for Prince Charles, and the swearing-in of US President Bill Clinton.

By then comfortable conversing in English, Céline Dion hosted the Juno awards broadcast in 1993. She achieved the rare feat of winning Juno awards in both French-language and English-language categories. The same year, she embarked on her first full Canadian tour. Typically over the next several years, her concert tours consisted of sold-out arena or concert hall appearances for several nights at major urban centres. Concerts featured pop material sung in both English and French. Frequent comparisons were made to US "pop divas" Barbra Streisand and Whitney Houston. Dion's repertoire focussed on powerful heart-tugging ballads and dance tunes, selected from songs submitted to her by professional songwriters.

In 1994, Céline Dion and René Angélil were married; Angélil continued to manage her career. Dion's Colour of My Love album (1993) sold 7 million copies by 1995. "The Power of Love," a single produced by David Foster, reached number one in both Canada and the US, and number four in the United Kingdom. The singer continued to have chart hits in both languages, often in several countries (including France) simultaneously. Her album D'Eux (1995) became the best-selling French album in history; Céline Dion à l'Olympia (1994) made her the world's biggest-selling French-language singer. In the UK, she topped both album and singles charts.

Dion embarked on a period of further intense activity, including world tours (1996-7, 1999) and North American tours (1998). She sang "Power of the Dream" at the opening ceremonies of the Atlanta 1996 Summer Olympics. The 1996 album Falling Into You won Grammy awards for album of the year and best pop album. In 1998 she again appeared on the Academy Awards, singing "My Heart Will Go On," from the film Titanic. This single once more secured for Dion the adulation of teen as well as adult markets.

Dion took an extended break from performing beginning January 2000. In 2001, she gave birth to a son. From 2003-8 she had a $100-million contract at Las Vegas' Caesar's Palace, where she appeared to sell-out crowds. Her first post-break recording was the album A New Day Has Come (2002), a vehicle for additional pop ballads. One Heart followed in 2003. Her recordings and interviews began to focus on the theme of motherhood.

Dion's singing career has taken her to the heights of popularity, and in Quebec she has been viewed as a representative on the world stage. She had won 33 Félix awards and 20 Junos, sold 175 million albums worldwide by 2004, and earned $55 million US in a single year. Her voice purportedly could cover five octaves. Nevertheless, she was often criticized for "stylistic excess" and "pointless pop vocal frills" (Globe and Mail, 29 March 1994), and the "Svengali-like" management of Angélil. The Toronto Star reported on 18 Sept 1999 that her "over-the-top emoting, the saccharine sentiment of her lyrics and overblown arrangements have never endeared her to music critics."

In addition to five Grammy awards, Dion is the recipient of a Diamond World Music Award; the Order of Quebec (1998); Companion of the Order of Canada (2008); France's Legion of Honour (2008); and the Society of Singers' Ella Award (2003). She was the Recording Industry Association of America's top-selling artist of 1998; and in 1999 gained a place on Canada's Walk of Fame and was inducted into the Broadcast Hall of Fame.