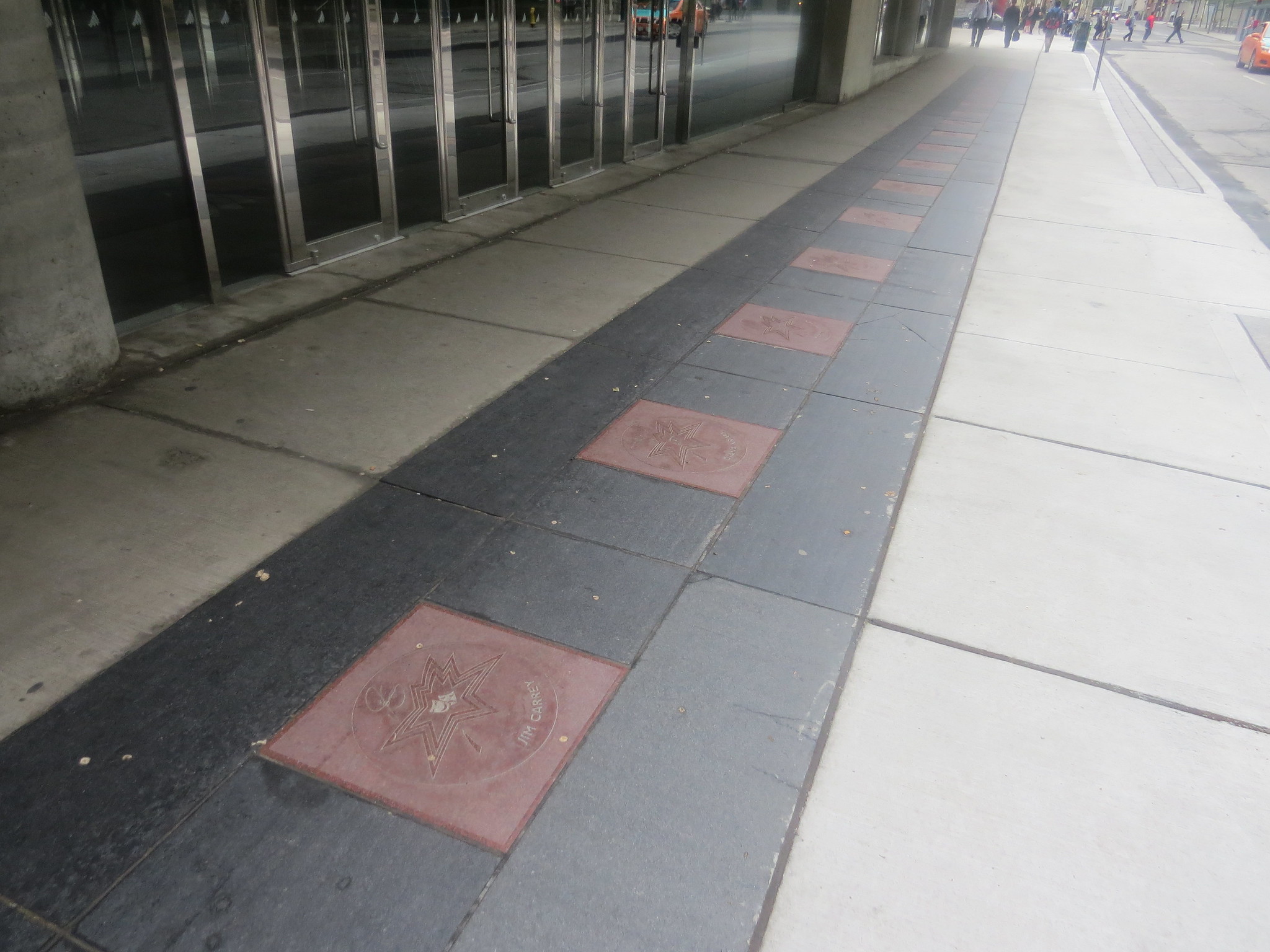 Toronto City Council first approved the concept of a Walk of Fame on the north side of King Street West in 1992, but the project was not implemented at that time. The following year, City Council approved the installation of four plaques on King Street between Simcoe Street and John Street to recognize the cultural contributions of theatre mogul Ed Mirvish.

In 1996, Founding Director Peter Soumalias suggested the idea of a walk of fame to cofounder Bill Ballard, a prominent Toronto businessman who was working to establish an official Entertainment District in the city. They were joined by cofounders Murray “Dusty” Cohl, who also helped establish the Toronto International Film Festival (TIFF), and film producer Dianne Schwalm. Entrepreneur and arts patron Gary Slaight came on board as media partner.

The group envisioned a loose imitation of the famous Hollywood Walk of Fame in Los Angeles. In 2017, theatre and film producer Jeffrey Latimer was hired as CEO to help promote the Walk of Fame.

In 1998, Soumalias and Ballard notified the City of Toronto of their request to install 14 stars on the sidewalk of King Street West between Simcoe and John Streets, to honour the first group of inductees to Canada’s Walk of Fame. The request was approved, and the stars — along with four plaques indicating the Walk of Fame in both English and French — were installed on King Street between John and Simcoe Streets in June 1998. 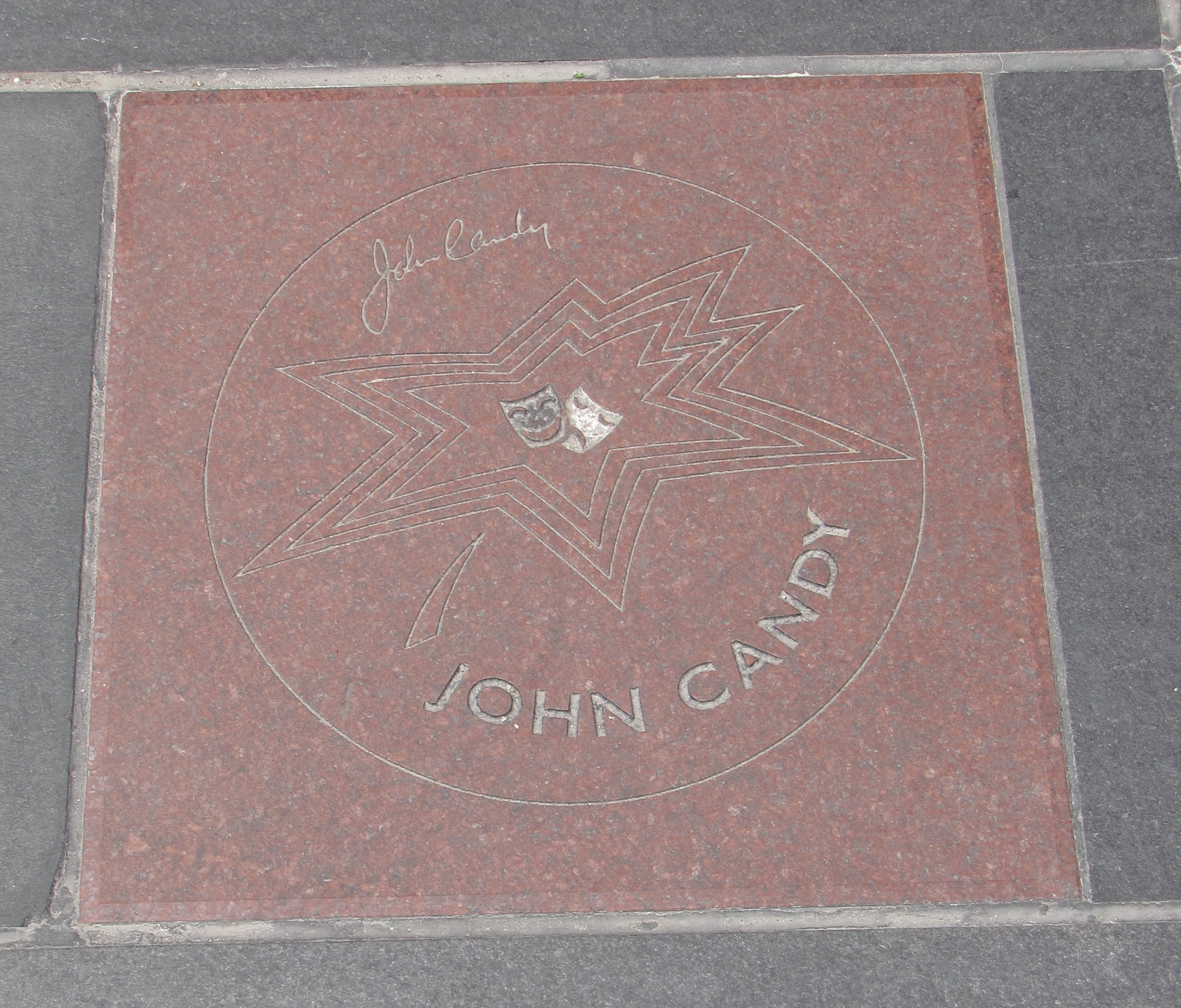 Each plaque consists of a nine-square-foot black marble base decorated with a two-foot by two-foot granite maple leaf designed to look like a star. The honouree’s signature is copied and engraved onto the plaque. Each inductee is also given a trophy.

In 1999, the city approved an extension of the walk’s boundaries from the corner of John and Adelaide streets, south to King Street West, east to Simcoe Street at Front Street West, then west back to John Street.

In September 2006, Soumalias announced plans to relocate Canada’s Walk of Fame. Possible locations included Metro Square (now David Pecault Square) and Yonge Street. However, those plans were abandoned in 2008 due to a lack of funds as City Hall expressed reservations over selling the rights to signage and portions of the walk. 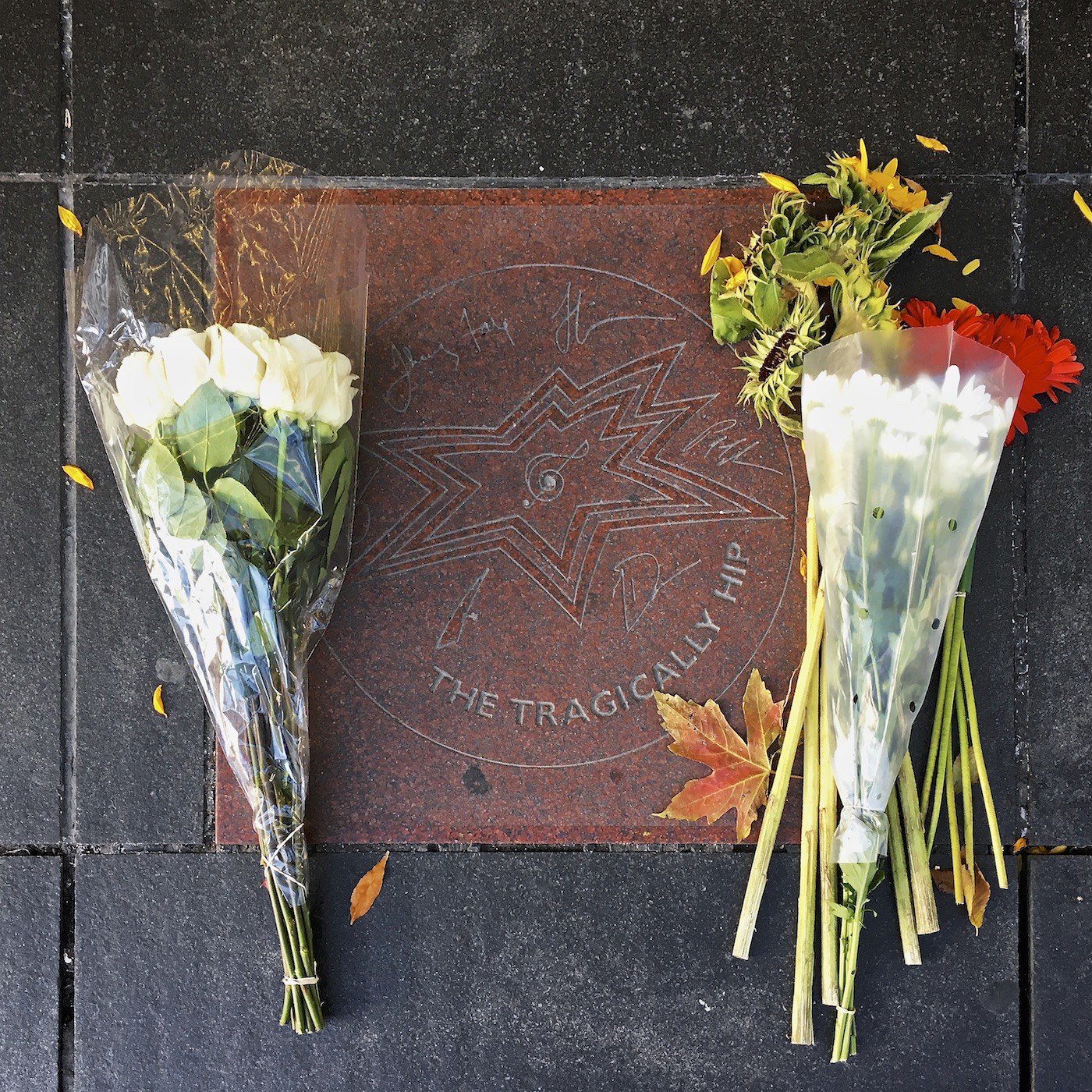 All Canadians are encouraged to submit nominations for Canada’s Walk of Fame through a form on the organization’s website or by email or post. Nominees must have been born in or spent their formative years in Canada; have had a minimum of 10 years’ experience in their field; and have impacted Canadian culture and/or heritage, either nationally or internationally.

An executive selection committee reviews the submissions and determines which meet the requirements. The board of directors then selects which nominees will be inducted in one of five “pillars”: Arts and Entertainment; Business and Entrepreneurship; Philanthropy and Humanities; Science and Technology; and Sports and Athletics. In 2008, the Walk added a sixth category, Legends, which is awarded posthumously to a Canadian who is considered a pioneer in their field. Each nominee who fits the criteria but does not make the cut is included for consideration in the next year’s awards.

The first inductee to be publicly honoured with his star on the Walk of Fame was race-car driver Jacques Villeneuve on 9 June 1998. Director David Cronenberg introduced Villeneuve, who was awarded in a ceremony in front of the Royal Alexandra Theatre. The inaugural gala followed on 25 June at the Royal York Hotel.

In the ensuing years, the unveiling of the plaques and subsequent galas have taken place at one of several venues clustered in Toronto’s Entertainment District, including Roy Thomson Hall, the Elgin Theatre, the Princess of Wales Theatre, the Hummingbird Centre (now Meridian Hall), the Ed Mirvish Theatre and the Four Seasons Centre for the Performing Arts.

In 2005, Canada’s Walk of Fame produced a series of free concerts and film screenings at Yonge-Dundas Square. In 2010, the organization launched Canada’s Walk of Fame Festival, a four-day event featuring ticketed performances by musicians Paul Anka, Buffy Saint-Marie and Burton Cummings, as well as comedians Mary Walsh, Colin Mochrie and more. The event also included many free performances at Yonge-Dundas Square. In the following years, the festival held concerts and comedy shows at Massey Hall and the Winter Garden Theatre, as well as free performances at Nathan Phillips Square and David Pecault Square.

Global TV ran a 90-minute documentary on the 13 people inducted to Canada’s Walk of Fame in 2001. In 2002, Global TV broadcast the induction ceremony and subsequent gala in a two-hour special. It broadcast the 2003 events as well. That year, Canada’s Walk of Fame announced an agreement had been made with CanWest Global, CHUM Television, and CBC’s Fashion File to broadcast TV specials on the Walk of Fame events in Canada, the US and 75 other countries. Soumalias said he expected the broadcasts to reach over 400 million people worldwide.

Global TV continued to broadcast the event in 2004, but in 2005 CTV entered into a three-year agreement to become the event’s new media partner. The show moved back to Global TV In 2009, then back to CTV in 2017. That year, Global broadcast a documentary special, Beyond Famous: Canada's Walk of Fame, showcasing the event’s history. A commemorative star to celebrate Canada’s 150th birthday was unveiled along with the 2017 inductees.

In 2010, Canada’s Walk of Fame introduced the Allan Slaight Music Impact Honour. It is awarded each year to a young Canadian making a positive impact in the music industry. Past winners include Drake, The Weeknd, Alessia Cara and Melanie Fiona.

The RBC Emerging Musician Program was added in 2013. It annually awards five people between the ages of 15 and 35 who are pursuing careers in music.

In 2017, the organization, along with Cineplex, launched Hometown Stars, an initiative that allows Walk of Fame inductees to celebrate their award with a plaque in their hometown; the first to receive a hometown star was environmentalist and broadcaster David Suzuki, in Vancouver.

In 2019, the Walk of Fame announced its first national call for submissions for the Community Hero Program, which is presented in partnership with Maple Leaf Sports & Entertainment and Scotiabank. 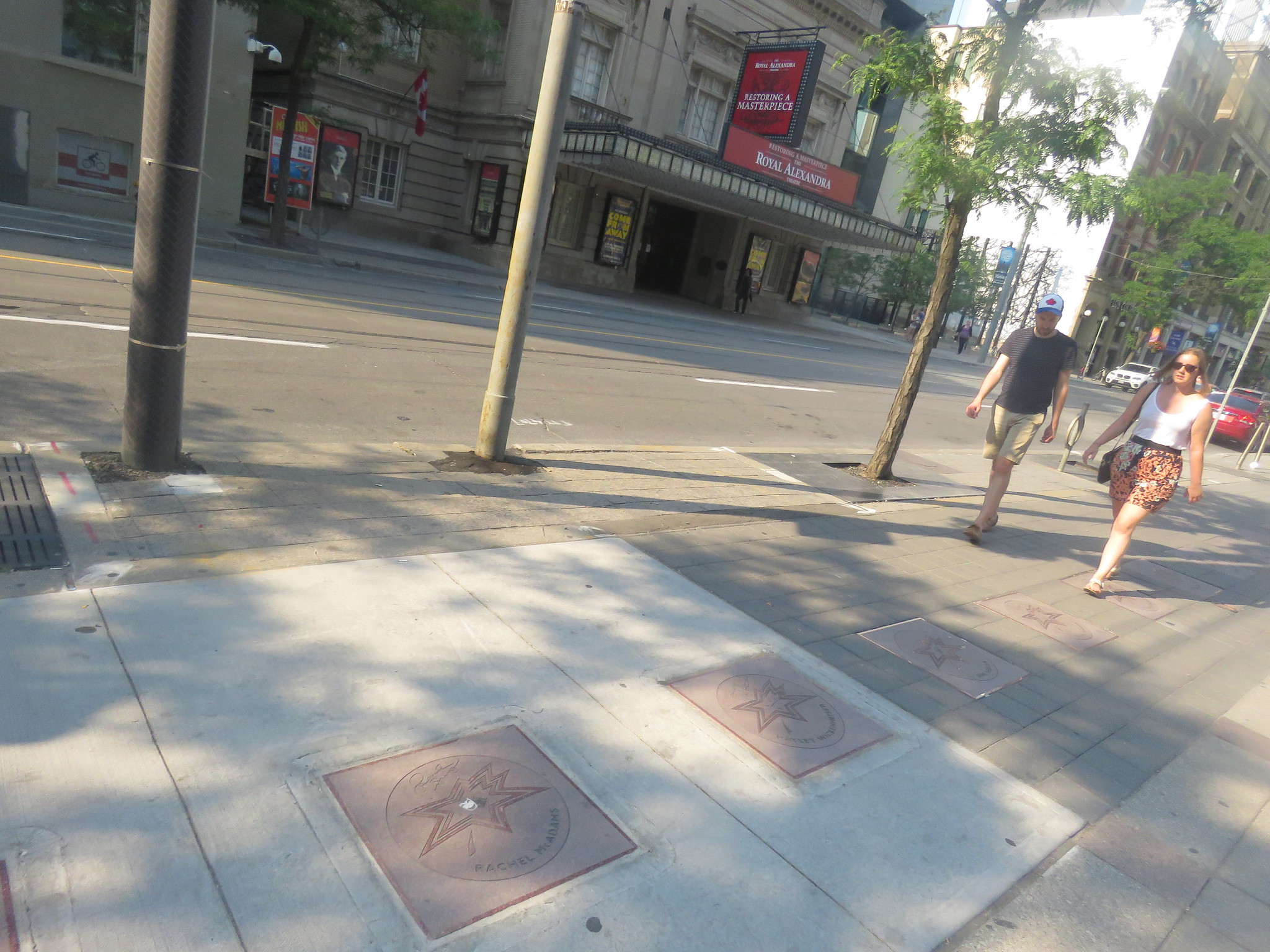