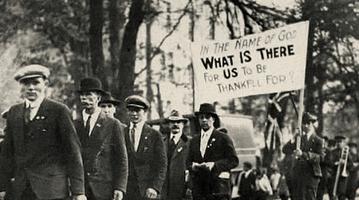 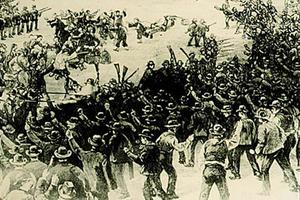 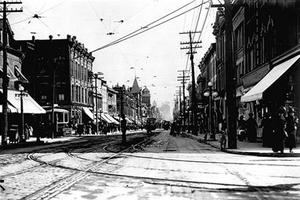 On a summer weekend late in the First World War, Toronto's small Greek community became the victim of the anger and resentment from returning veterans who felt they had been displaced. Many resented the men they saw as slackers--those who hadn't served. Inflamed by latent anti-immigrant sentiments, they took out their rage in a weekend of rioting.

Private Claude Cludernay, crippled in the war, had dinner at the Greek-owned White City Café at 433 Yonge Street on 1 Aug 1918. Though usually friendly, Cludernay was drunk and belligerent and struck a waiter, who ejected him and called police.

The small event sparked indignation, and from August 2-5 mobs of veterans and civilians--up to 50 000 in all--marched Toronto's streets, looting and destroying Greek businesses. When peace was restored on August 5, more than 150 rioters were hurt or hospitalized; 25 were arrested; 16 police officers were injured, 10 seriously; and damage to Greek property amounted to over $100 000 (equivalent to $1.25 million today).

Although Greece was neutral for most of the war, Canada did not recruit Greek-Canadians, fearing they would side with Germany. Soldiers viewed those who hadn't served with contempt. However, the riots were as much an outcome of locality as they were of politics. Many veterans lived in the area bounded by Jarvis, Yonge, Carleton and Dundas streets, also home to most of Toronto's Greek population and their businesses. They were a highly visible target.

Compounding events, a congress of the Great War Veterans Association was scheduled for August 2. Tens of thousands of veterans were in Toronto, teeming with their grievances, ready to lay blame.