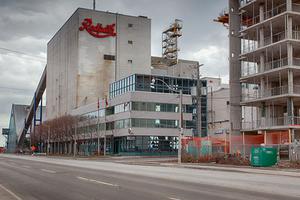 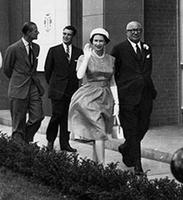 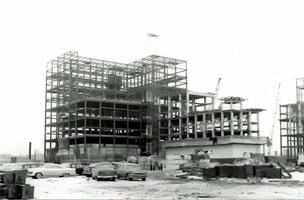 The official opening ceremony at the Redpath Sugar Refinery on 29 June 1959, was not your typical assembly of VIPs for an industrial launch. Among the dignitaries on hand were Queen Elizabeth II and Prince Philip, fresh from the Royal Yacht Britannia.

The Redpath company dated all the way back to the 19th century, when a near penniless John Redpath came from Scotland and walked barefoot from Québec City to Montréal. He would go on to found the sugar company in 1854, building it from scratch.

The opening of the new refinery on Toronto's waterfront over 100 years later made Redpath the first industrial site built in the city to coincide with the opening of the celebrated St. Lawrence Seaway. It was thus fit for a queen. As construction of the facility drew to a close during the first half of 1959, officials from the RCMP, Scotland Yard and the royal household visited the site to check employee records and inspect the facilities for any danger spots. In case anyone had nefarious plans during the ceremonies, police sharpshooters hid in the raw sugar weigh tower. In the end, the biggest worry was moving the royal couple along — both were so interested in the workings of the refinery that they stayed well beyond their allotted time.

Today, the Redpath Sugar Refinery continues to process raw sugar brought in on ships from the tropics, through the St. Lawrence Seaway. In a wonderful juxtaposition of "old waterfront meets new," you can lounge in a Muskoka chair on Sugar Beach and watch the great freighters unload.