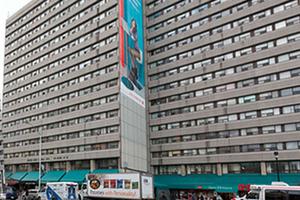 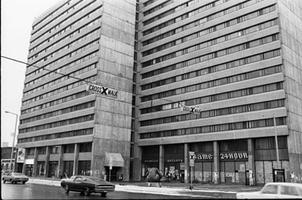 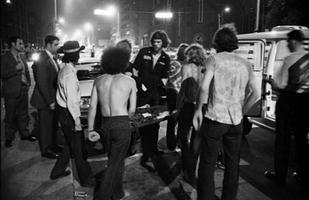 To some it was an idealistic educational experiment. To others, it was a vivid example of an experiment gone wrong--a haven for drug dealing and a den of iniquity. During its short, stormy life, Rochdale College epitomized the strengths and weaknesses of the "free university" movement.

Evolving in 1968 from a co-op housing tower envisioned to provide more student living space at the University of Toronto, Rochdale became an alternate education experiment. It was the largest of more than 300 tuition-free universities in North America. Offering no curriculum, exams, degrees, or traditional teaching faculty, the lack of structure was intended to foster free-form learning. The college included communal "ashram" living and a campus radio station with the call letters CRUD.

But the dream didn't last. Financial troubles mounted, and the lack of organization devolved into chaos. The student body could not reach the required consensus on anything, including how to address the challenges of their open door policy. Squatters, drug dealers, bikers and counterculture refugees from gentrification in Yorkville moved in. Clashes with law enforcement became infamous. Failure to pay the mortgage also factored into Rochdale's closure in 1975, when police carried out the remaining occupants.

Rochdale was not without its triumphs however. Its enduring legacies included Coach House Press which published for more than 30 years, Theatre Passe Muraille, the Toronto Public Library's Merrill Collection of Science Fiction, Speculation & Fantasy, and the "Unknown Student" sculpture that still graces the site.