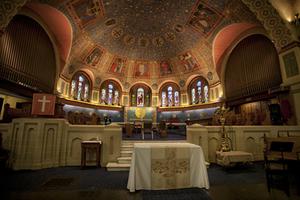 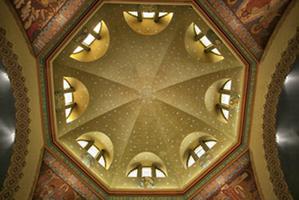 This little-known historic treasure is not your normal Anglican Church. It sprang from the imagination of Reverend Lawrence Skey. In 1907, Gothic revival was the dominant architectural style for Anglican churches. Skey's belief in a return to the early days of Christianity led him to study the magnificent Byzantine church of Hagia Sofia in Istanbul. He returned to Toronto and persuaded his reluctant parishioners to replace their old Gothic church with a copy of this Byzantine masterpiece, which was built in 1907-1908.

Inside, the congregation sits beneath a distinctive octagonal central dome, 21 metres high (about half the height of Hagia Sofia). Even more noteworthy are the colourful paintings Skey commissioned in 1923. He engaged a distinguished group of artists, led by J.E.H. MacDonald and two other members of the Group of Seven, Frederick Varley and Franklin Carmichael.

Varley painted the four massive heads of the prophets Moses, Isaiah, Jeremiah and Daniel, as well as the Nativity (including a self-portrait as one of the shepherds). "The Transfiguration" by MacDonald is set above the central window. Art critic John Bentley Mays described the overall effect as "a symphony in colour and design."

In 1996, St. Anne's was designated a National Historic Site. 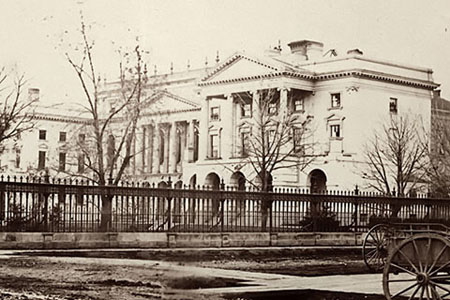