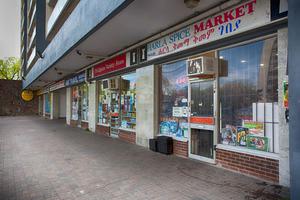 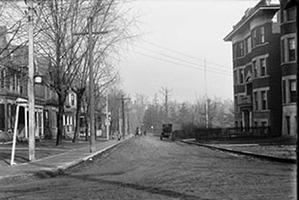 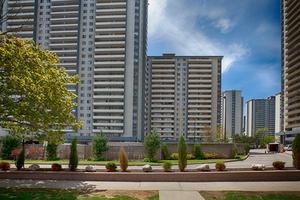 "The Most Densely Populated Neighbourhood in Canada"

"The first time you walk among those immense apartment buildings," Toronto Life noted in a May 1969 article, "you feel dwarfed, like one of the insect-sized plastic people you sometimes see in an architect's scale model, strolling on the foam-rubber glass. Your eye travels up, up, up, panning across whole vertical acres of balconies and windows. Everywhere you look there are massive buildings...all of them shouldering one another for standing space on the 50 immensely expensive acres in downtown Toronto that are the earthly limits of St James Town."

St James Town began as a desirable Victorian upper middle class neighbourhood. Rezoning in the 1950s changed its aspect completely. At the time the article was written, St James Town was touted as a paradise for the "urban swinger," young professionals taking in all the social pleasures of urban life. Amenities included parties, a ski club, and basement communal TV rooms with "the kind of soft, sexy lighting that you usually associate with cocktail bars."

As its initial batch of residents moved on, they were replaced by new immigrants who found the towers an affordable place to begin their life in Canada, reflecting the increasingly multicultural nature of the city. St James Town is the most densely populated neighbourhood in Canada, 18 times that of the rest of TORONTO.