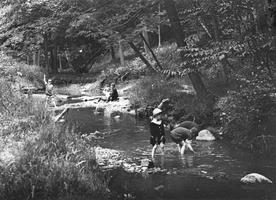 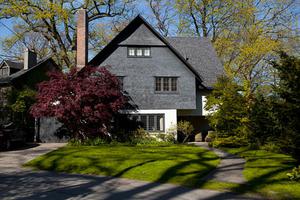 Architects working in the Arts and Crafts style celebrated "honest" building in the traditions of pre-industrial England, and thought of themselves as reformers pitted against the bad taste and indifference of their age. First among them in Canada was Eden Smith. He was unique in adapting English Arts and Crafts principles to Toronto, where cold winters demanded deep footings and central heating, and hot summers open verandas and sleeping porches.

Smith was born in Birmingham, England, in 1859 and immigrated to Canada in 1885. He designed a number of houses in the Indian Road neighbourhood but encroaching higher density caused Smith to relocate to the more rural surroundings of Wychwood Park, a heavily wooded estate on the escarpment above Davenport Road west of Bathurst Street. Wychwood Park was created in 1888 as a private residential enclave for artists and businessmen by landscape artist Marmaduke Matthews and businessman Alexander Jardine.

Beginning with his own house of 1906, Smith designed 11 homes there over a period of 17 years. His buildings were asymmetrical in shape, with dormers, gables, bay windows, oriels and prominent chimneys. Some of his buildings were so unusual for their time that sightseeing buses were deliberately routed past them.

Wychwood Park remains an oddity in Toronto, a rare privately planned community whose houses seem to rest within a rustic, spacious park and whose meandering roads remain the property of the homeowners, not the City of Toronto. It is also the only site left in the city where the former Taddle Creek can be seen running above ground. In 1986, Wychwood Park became protected as a heritage conservation district under the Ontario Heritage Act